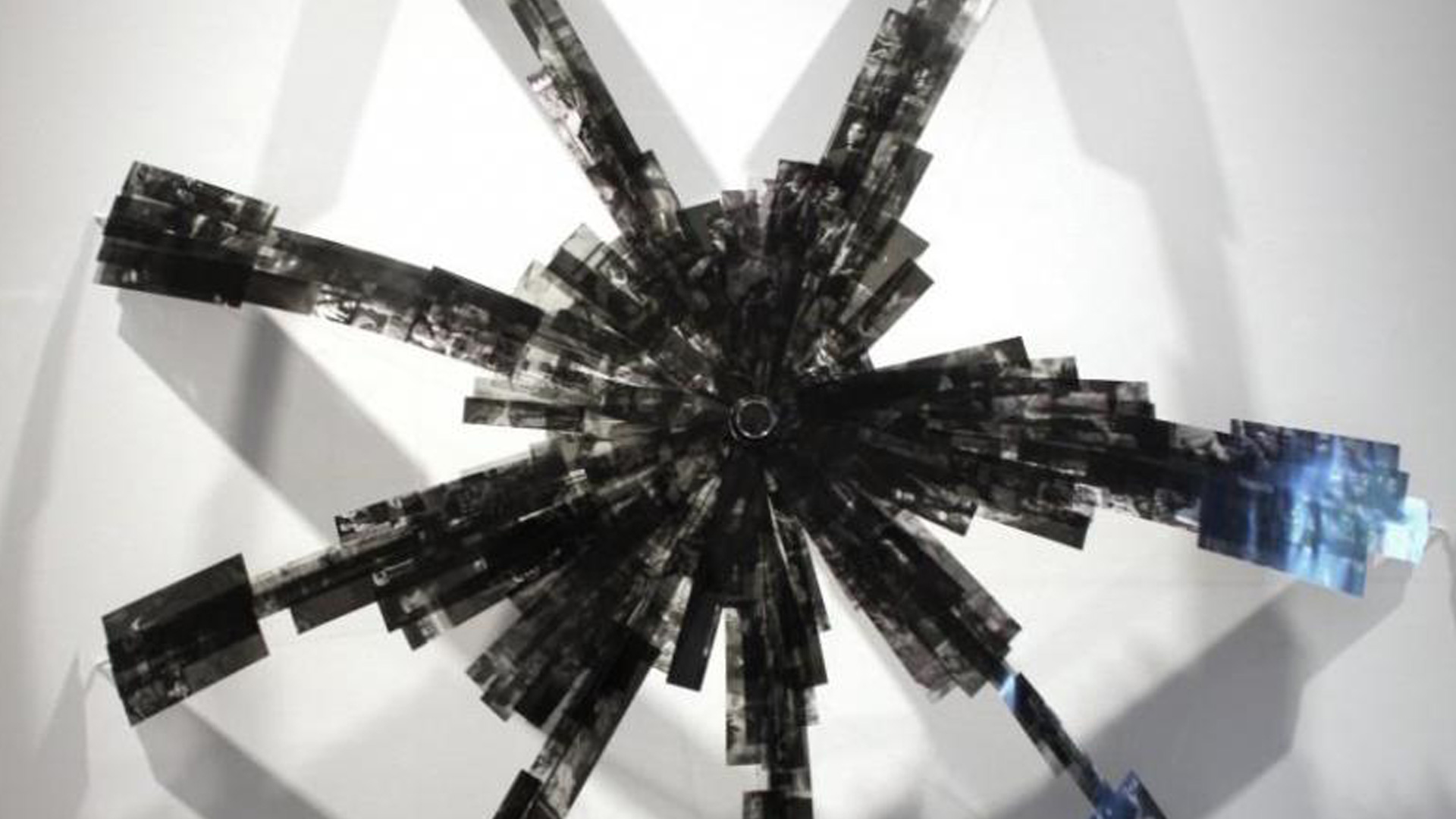 José Manuel Fors is one of the pioneers of the Cuban contemporary art renaissance, a participant in the groundbreaking 1981 exhibition Volume I. Now, the Havana artist is showing his work for the first time in Miami, in the solo exhibition Fragments. The show’s curators, Alejandro Machado and Irina Leyva Pérez of Pan-American Art Projects, interviewed the artist for Cuban Art News.

This is your first solo exhibition in Miami. Three years have passed since your last show. Is this due to your work, or is it purely circumstantial?

Not exactly either. For example, in 2006 I had two solo exhibitions. I did nothing else until 2008, and now am doing one in 2011. I don’t rush to do one-person shows; I wait until I have a good idea to develop and a good staff to work with. For example, this year I’m preparing this show and will do another in Havana next year for the opening of the Biennale. The timing is rather situational, and sometimes it also depends on circumstances beyond my control, such as the availability of the space. This is the case with Pan-American Art Projects.

In this show, you are exhibiting several pieces you’ve been working on for a while—for example, the bundles, the umbrellas, and even an installation, which brings to mind your earlier installations with leaves.

I decided to bring works that had somehow emerged from previous works. It was my first show in Miami, and I wanted to make them better known. There are also works based on ideas I have not completely developed yet, such as the umbrellas, on which I’ve done only one piece. I thought it was a good opportunity to do more, and try new solutions.

In the umbrellas, I use works that I consider essential in the history of art. I always go back to classical painting, its major works and those great masters who became cornerstones worldwide. They inspire me, but I do contemporary work. I wanted to use these images in my work, not as an homage but as a sort of appropriation. In this series of new works I do not use color; I’m limited to black and white. Black and white predominates in the show. It is entirely intentional; when I use color, the color I use the most is sepia. In fact, I’m at a moment in which all the work I do is in black and white.

The bundles, another of the series in this exhibition, are photographs and documents that belonged to my family. The idea comes from a custom that existed in Cuba: piles of photographs and letters were tied with ribbon or twine and put away in boxes. That image seemed very interesting to me, the way this memories were so carefully organized and preserved. So, I called them bundles of memories.

The other series, the one on cubes, is derived from that original installation of mine at the Museum of Fine Arts in Havana.This time, I added objects. It’s like a hybrid that also borrows from the show on the bundles, because I added bundles of paper. An important change is that in the original installation I used natural leaves, and this time leaves are covered in graphite. They look like metal. Since I’ve never drawn a lot, this is an idea in process; I am drawing what I do three-dimensionally. So for now, I use the graphite to make the objects. Perhaps after this, I’ll do it the other way around and approach the paper in a two-dimensional way.

The size of the gallery influenced the sellection of works, to a considerable extent. Also, it was my first show in Miami, and I wanted to create a sense of historicity about my work—so the viewer can make a visual tour covering earlier stages. The exhibition succeeds very well as a bridge between the last show and what will come next, since it sets a basis for continuing to work in some series and perhaps finishing others. As the beginning of a cycle and the end of another.

Historically you’ve worked a lot with souvenirs and keepsakes, such as family photographs and postcards. Do you include objects that have a special significance for you personally, or ones that you’ve collected?

Yes, I work a lot with memory. I am not a photographer who goes out with his camera searching for images; I’m locked in my world. I’d much rather work with my own family photos, letters, documents and objects. These objects are inside my house, are part of my environment, my daily environment, and are close to hand. You know that in our country objects are kept for many years; nothing is garbage, and houses are full of things that have been kept for decades. For me, some of them may have a certain sentimental value, but in general I look for objects that are visually appealing, that are aesthetic. Let´s say a design that I find charming or different.

It is a process that usually begins when I photograph the object and culminates with including it in a work. It’s like a ritual—when I include the object in a work, technically it seems like a farewell, since it can pass into other hands if the piece is sold, and I won’t see it any more.

Your academic training was as a painter. The first installations were made of leaves. When and why did you start using photography as an important medium in your work?

I started to use photography for two reasons. Those installations with cubes and dead leaves were ephemeral work. I placed both the cubes and leaves in the same place where they had come from and created small spaces. After, the leaves were returned to the place they had been taken from. The photo was used as a document, a way of permanently recording this ephemeral act. I liked the image and started doing photographic art.

Also, in my home there was a photo lab, which was my father´s, and I had that experience. And I was close to Gory, which influenced my way of approaching photography. Here’s something unusual: at times, I let photography go for a while, and concentrated on working with other materials. For example, in recent years I have let photography go a bit and have focused more on installations.

At the beginning of your career, you did some shows at home. Tell us about the logistics of these shows, how you managed to organize them, and which were the artists included.

I did only one exhibition at home: Pintura Fresca (Fresh Paint) in 1979. Initially, the show was called Six Young Painters. It was going to be presented in Havana, in Gallery L. However, the opening was not permitted. There was no political conflict, but the artistic language was not the customary one. We were a departure from Cuba’s traditional languages; we did not fit what they were used to visually. Instead of our show, they did a poster show. So we decided to do our show in my house. We removed the furniture, painted the walls, put lights and improvised a gallery in which we presented the show. The initial group was six artists, including Bedia, Flavio, and so on. Then, other artists, such as Tomás Sánchez and Carlos Alfonzo, joined the initiative.

Was this the seed of Volume I, which just marked its 30th anniversary?

It was the seed of Volume I. At that time, we were joined by friendship rather than by artistic intentions. We had recently left the San Alejandro Academy, and we still kept up the friendships of our school years. This exhibition was presented in Cienfuegos, under the same title. Then, the same group made Sano y Sabroso (Healthy and Tasty), at Gallery 23 and 12. And then we did Volume I. That was the genesis of the group.

So Volume I emerged from a group that was linked by friendship first, because some of us had studied together at San Alejandro School and others at La ENA (the National School of Art). Ultimately, the groups mixed, as some people in each knew each other. But I think the shows were organized because we were friends. At that time there were not as many galleries in Cuba as there are now; we were very young and didn’t have much access to those exclusive, near-sacred galleries. In the end, we were given the International Art Center gallery to show Volume I, but in fact they didn´t allow us to do the first one.

Tell us a little more of the legendary Volume I. You mentioned that it emerged from Fresh Paint. But what happened after Volume I was conceived and the first exhibition was presented, and how and why it broke up.

The space we were given for displaying Volume I was good, fairly large. It belonged to the Ministry of Culture. Almost the same group of artists reassembled for it. Each brought what they were doing at that time. I think this show was overrated. Not all artists were prepared for such an important exhibition in terms of the quality of works. In retrospect, some of the works presented there wouldn´t be shown now.

You did not imagine this show would become a landmark in the history of Cuban art.

They did it transcend, but it somehow became politicized. They said we were bringing in foreign trends, that it was poking fun at ideology, and so on. What we were doing was to show, to ‘Cubanize’ what had been done long ago in other places—trends such as Pop Art and Land Art. Many years had passed since Pop first appeared, or installation art. But in the Cuban context it was new, and was considered ‘foreign-influenced. ”

Because of the furor it caused, Armando Hart, who was the then Minister of Culture, finally visited the exhibition and said that it was precisely the art he was talking about. He met with us, and that that solved this situation officially regarding the government´s position toward young artists, at least for a while.

Fragments runs through December 5 at Pan-American Art Projects in Miami.