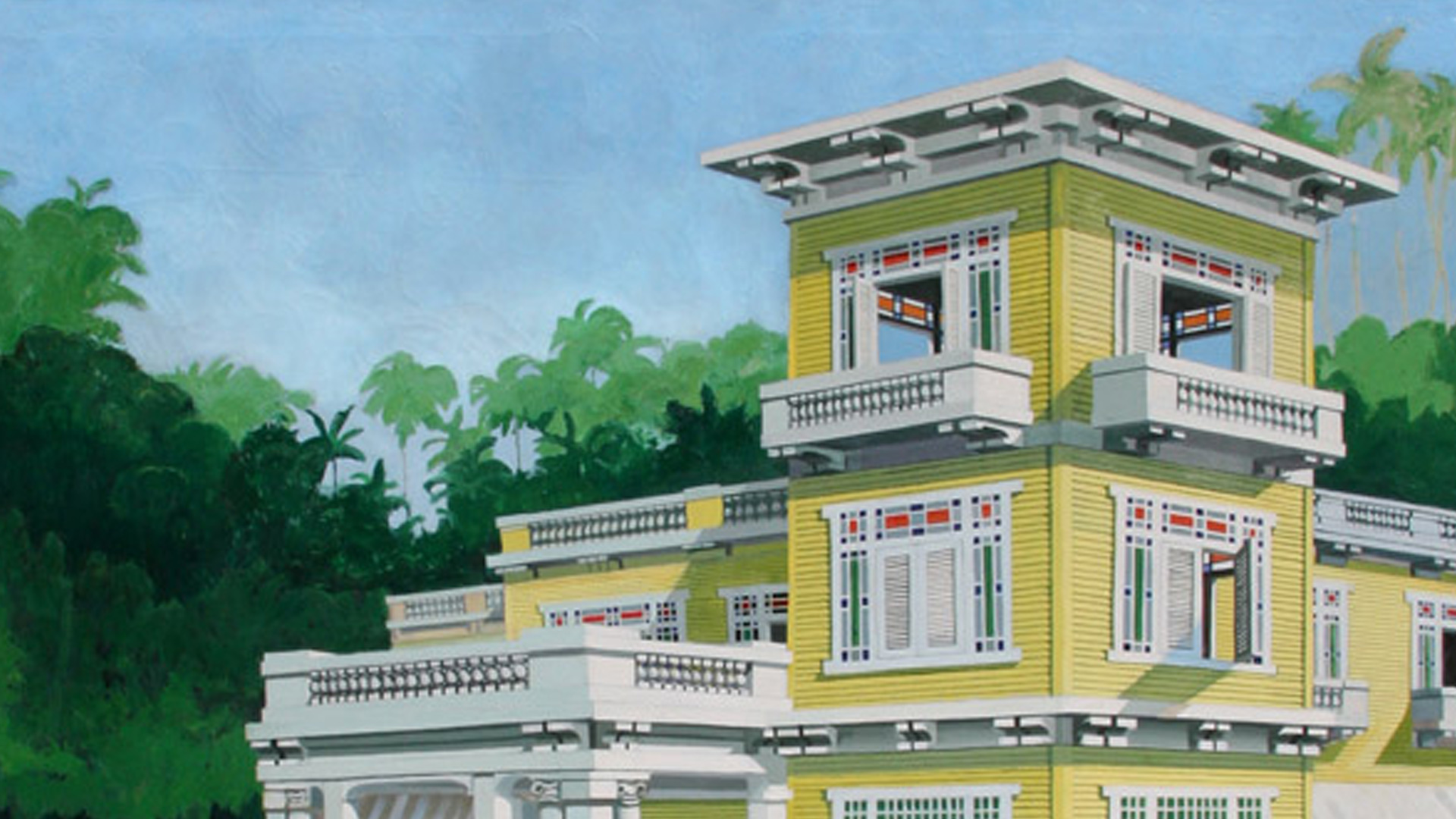 Hard Light: The Work of Emilio Sanchez. Last night, Books & Books in Coral Gables, Florida was the scene of a lively discussion with Rafael DiazCasas, one of the authors of Hard Light: The Work of Emilio Sanchez, and Anne Koll, director of the Emilio Sanchez Foundation. The recently published volume gathers close to 200 of Sanchez’s paintings and drawings, which have been acclaimed for their near-abstract architectural forms, brilliant color, and knife-sharp play of light and shadow. Although the Camagüey-born artist spent most of his life in New York City, many of his works depict Cuba: houses, street scenes, still lifes, and other subjects. In their essays, DiazCasas and co-authors John Angeline and Rudi C. Bleys consider Sanchez as a Latin American artist and an American modernist, and from the perspective of queer theory and aesthetics.

Enrique Martínez Celaya’s Schneebett at the Miami Art Museum. The Cuban-born artist’s installation makes its U.S. debut at MAM next week. Inspired by the final days of Ludwig van Beethoven, the focus of Schneebett (Snow Bed) is a a refrigerated bronze bed, its thick layer of frost maintained by an electric compressor, the engine noise contributing to the ambient sound. Behind the bed is a painting of a snowy wood, made from tar and feathers; entry to the room is blocked by a pile of logs and branches. Outside is a single chair, where a viewer can contemplate the empty deathbed. Schneebett was first presented at the Berlin Philharmonic in 2004 in conjunction with a program of Beethoven works. The MAM opening next Thursday, October 13, will feature a live performance of the composer’s late string quartets by members of the Miami Symphony Orchestra.

New York Cuban Allstars at SOB’s. At the popular New York club, Friday nights are for dancing—and tomorrow night, the New York Cuban Allstars will be providing the power, by way of the classic Cuban songbook. An experimental concert orchestra assembled by vocalist and bandleader Chico Álvarez and percussionist Geovanni Arencibia, the Allstars are known for improvisational solos and fresh interpretations of forgotten standards. As usual, the free salsa dance lesson starts at 7 p.m., with the first show at 8.