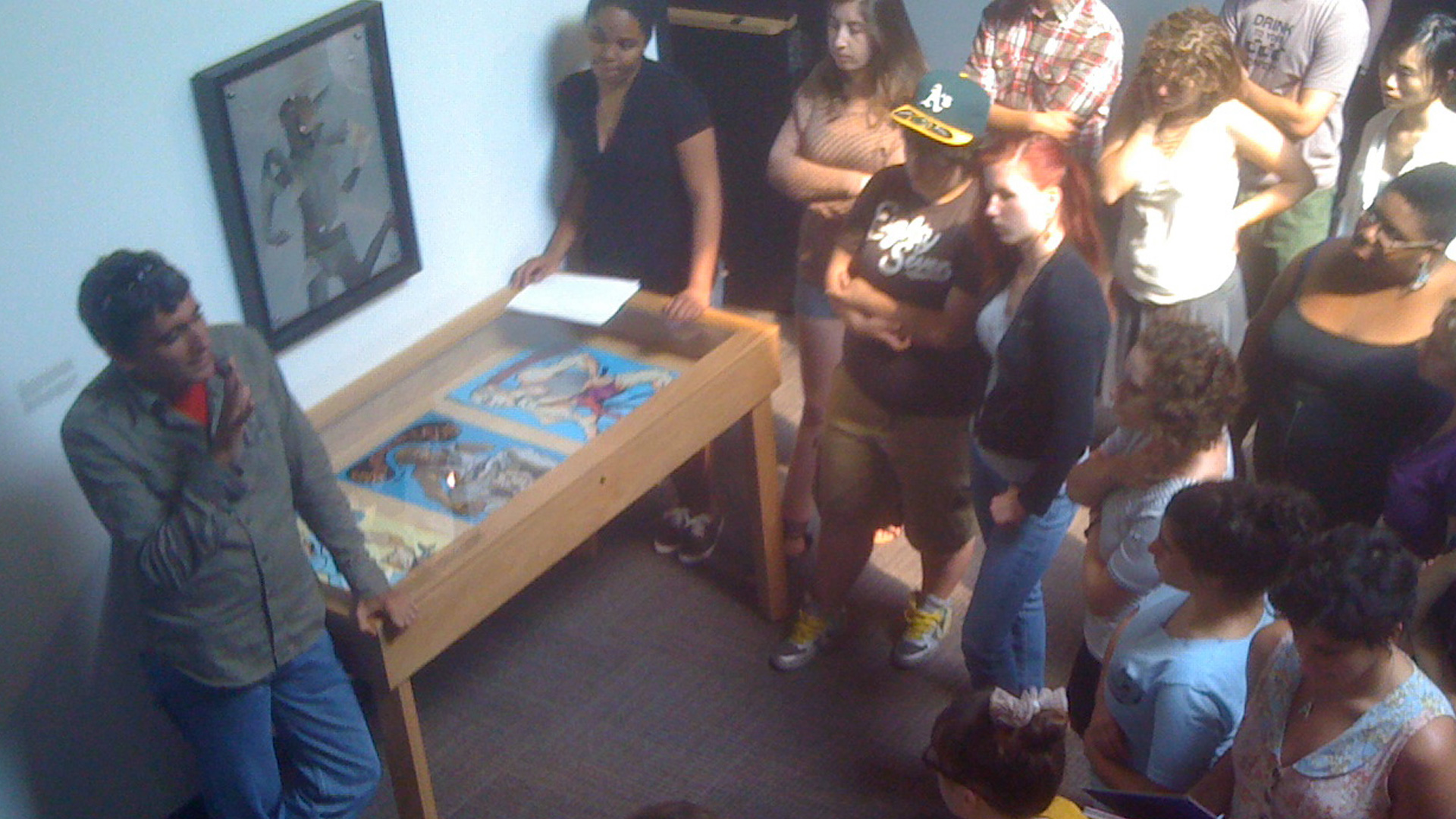 Midway through a six-week residency in western Massachusetts, Havana photographic artist Eduardo Hernández Santos has already opened two exhibitions of his work, with a lecture and public forum on the schedule. And then there’s L.A.

On September 2, El Muro: Photographs by Eduardo Hernández Santos opened at the Smith College Museum of Art in Amherst—the first exhibition of these works in the U.S. The series “El Muro” (The Wall) depicted Havana’s gay, lesbian, and transgendered community as they assembled each night at a one-block stretch of the Malecón, the sea wall that runs for approximately five miles along the city’s shore. Each of the ten works in “El Muro” is a triptych, with central photographic portraits flanked by images of the Malecón wall itself. On each left-side image, Hernández added excerpts from “La isla en peso” (The Island Burden), a 1943 poem by gay Cuban writer Virgilio Piñera, who spoke of the constrained insularity of the island’s culture. For Hernández, the people of “El Muro” are “armed with huge quotas of courage” and “defying the night, the city, and their own fears.”

The Smith College Museum of Art has acquired “El Muro” for its collection, and the work remains on exhibition through November 20. A book version of “El Muro” is available from Red Trillium Press.

While at Hampshire, Hernández is co-teaching a course on post-Revolution Cuban cinema and photography, discussing contemporary Cuban photography and the history of photography on the island. He’s also participating in critiques of advanced students’ work. Hampshire College is making its photographic studios, darkrooms, printmaking studios, and digital labs available for his use, as well as other facilities.

Once the residency ends in early October, Hernández is headed to Los Angeles, where a Hampshire College alumna is hosting him for a week-long visit that includes visits to galleries, museums, collectors, and dealers.

“Hampshire College is an interesting school, above all because the system of teaching is very liberal, less orthodox,” says Hernández. “It’s in sync with the attitude that young people take toward life and with the type of knowledge that’s needed in these times.”

“As an artist and a teacher, I’ve had various encounters with the students here. What’s particularly special for me is the bond that I have with students who’ve participated in the [Hampshire College] program in Cuba. There’s a genuine interaction between generations, a confidence in the value of education, that attests to the effectiveness of the teaching that’s done here.”

Hernández’s residency at Hampshire College is supported by a grant from The Farber Foundation(formerly Fundación Cuba Avant-Garde), the sponsoring organization for Cuban Art News. It is the last of the grantee programs in the 2010 cycle.