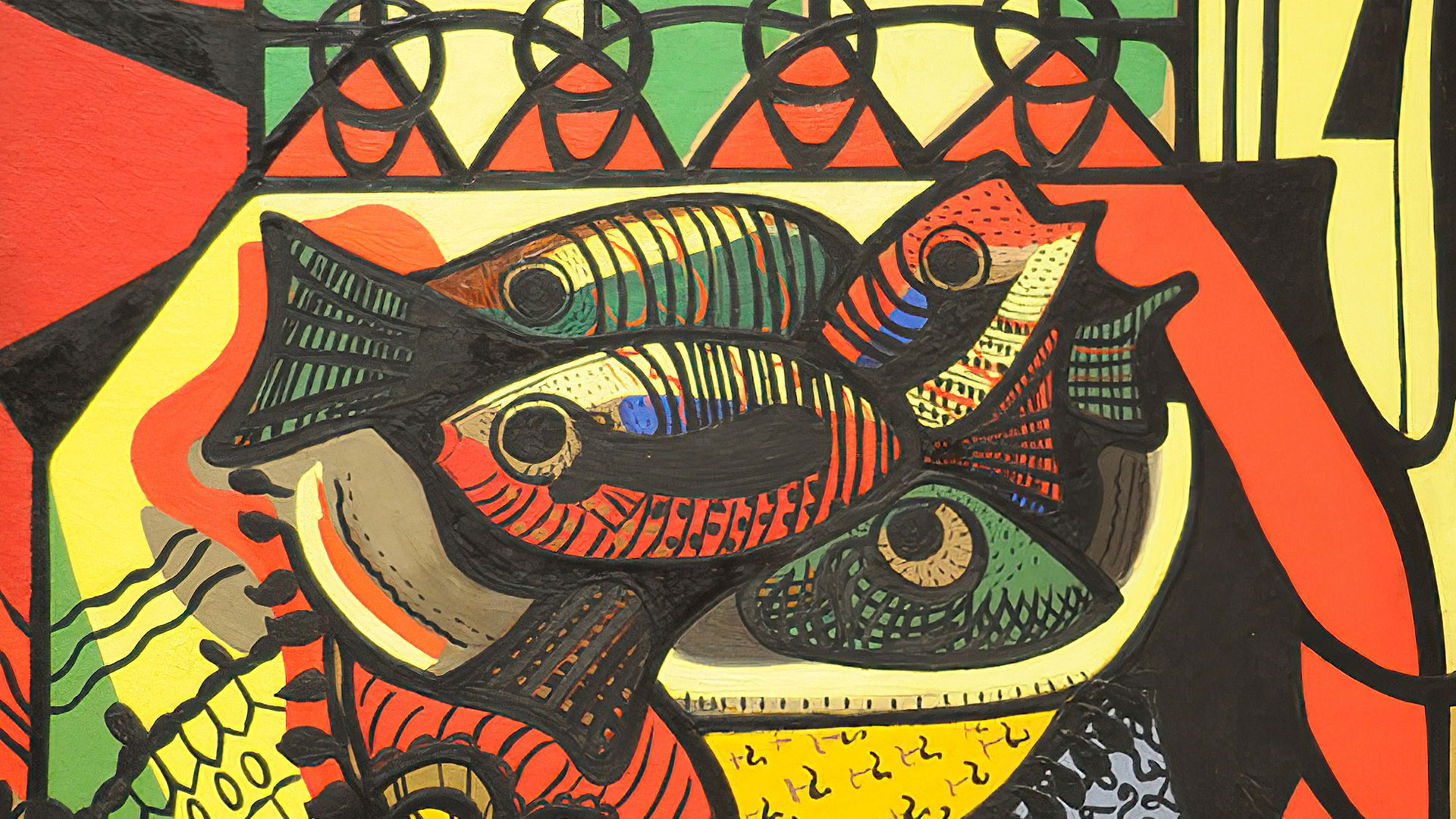 Amelia Peláez at MoMA. In her review of the Museum of Modern Art’s new installation of its permanent collection, New York Times art critic Roberta Smith singled out a vibrant painting by Amelia Peláez. Located in what Smith calls “the small, wonderfully dense Gallery 4, loosely devoted to still life with works from 1915 to the early 1950s,” Peláez’s Fishes was, as Smith puts it, “painted in 1943 under the spell of Picasso (and acquired the following year), but it definitely has a mind of its own.” Look for the canvas amid works by Henri Matisse, Alberto Giacometti, Jasper Johns, and Robert Rauschenberg, among others. “The artworks in Gallery 4 range across time and geography but resonate among themselves with amazing alacrity,” wrote Smith. “They give us a version of the Modern that we don’t see enough: free, digging deep and thinking hard, foremost with the eyes.”

Pablo Milanés in New York. A legendary founder of the nueva trova movement in Cuban music, Milanés makes a long-awaited return to New York with a concert tomorrow evening, September 9, at the United Palace Cathedral Theater in upper Manhattan. The singer’s tour has already taken him to Washington DC and Miami—his first appearance there—with upcoming concerts scheduled in Boston, Oakland, Mexico City, and San Juan. Reflecting the increased flow of U.S.-Cuban cultural exchange over the past few years, this is Milanés’s first U.S. concert tour in more than a decade.

Adrian Fernandez in Houston. The first solo U.S. show of work by Cuban photographer Adrian Fernandez opens tomorrow, September 9 at the Houston Center for Photography. Organized by Havana curator Cristina Vives, the exhibition presents several photographic series focusing on Cuba’s so-called “wealthy class.” The artist’s striking, often densely patterned compositions depict a material universe that includes house facades, interiors, and individual objects. Fernandez will give a series of gallery talks tomorrow evening beginning at 5:30; he and Vives will have a public conversation about the exhibition on Saturday, September 10, at 2 p.m.