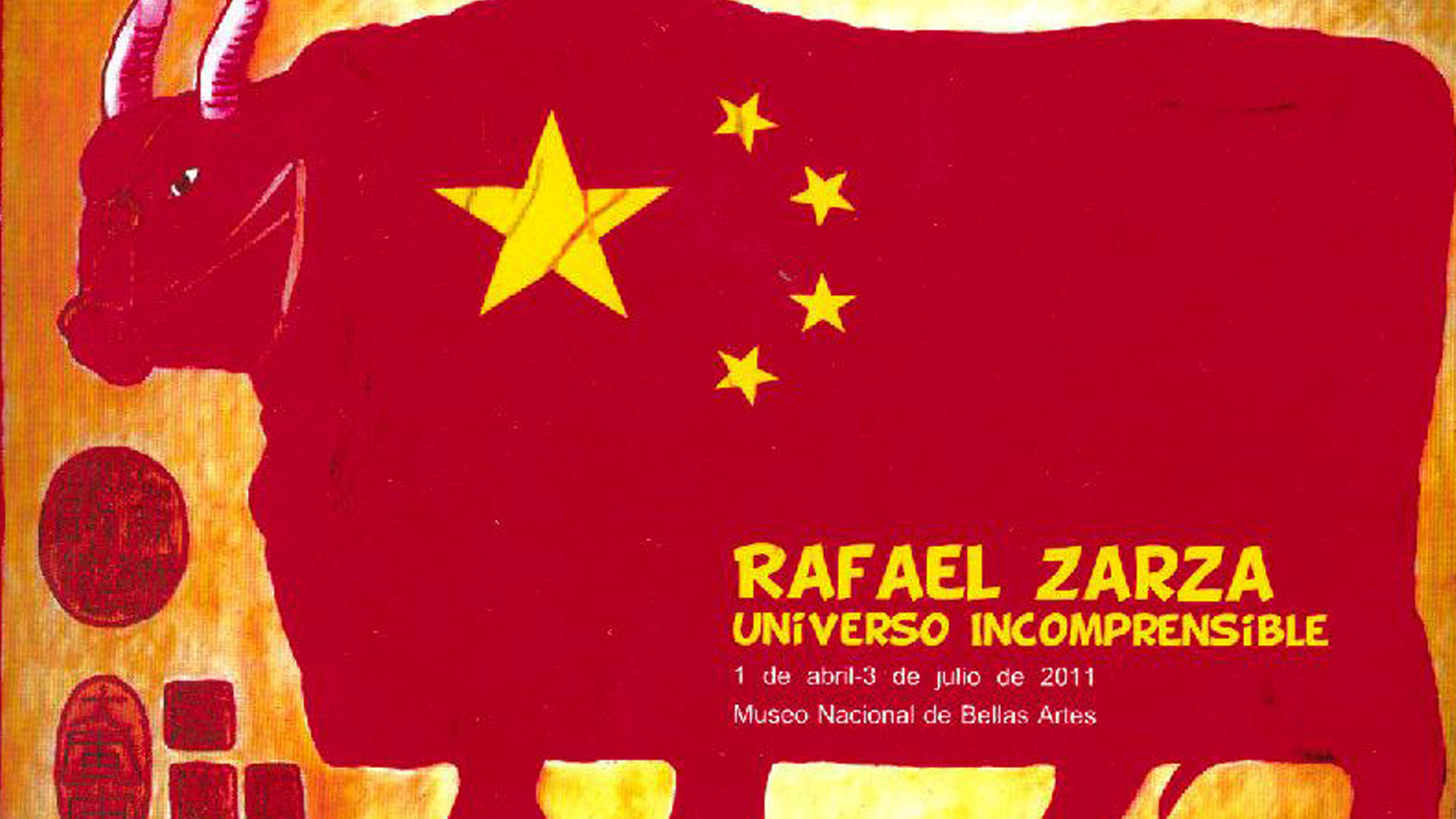 Since the mid-1960s, Rafael Zarza (b. Havana, 1944) has won acclaim in the Cuban art world for his graphic creations: posters, lithographs, and a unique interpretation of the Iberian world of bullfighting. But in Rafael Zarza: Incomprehensible Universe, the solo exhibition curated by Hortensia Montero Méndez now on view in Havana at the Museo Nacional de Bellas Artes, Zarza unveils more recent work—the fruits of a journey that, since 2003, has taken him from the world of acids, gouges, and multiple prints to the intensity of the solitary painted canvas.

“When in 1968 Zarza was awarded the Portinari lithography prize for El Rapto de Europa (The Abduction of Europa) in the Exposición de la Habana, sponsored by Casa de las Americas,” notes curator Méndez, “he set out the guidelines of his style and the essence of his conceptual assumptions.” He designed numerous posters commissioned by the National Council of Culture and the later Ministry of Culture, and worked at Havana’s Experimental Graphic Workshop alongside such artists as Umberto Peña, Antonia Eiriz, and Raúl Martínez. Zarza enriched his lithographic images with parodies of icons and symbols of universal art (Warhol, Rubens, crucifixions) and the pop world (The Beatles, Led Zeppelin), as well as more popular everyday humor.

The use of bulls, cows, and bullfighting as essential metaphors in his work was a consequence of absorbing “Spanish” cultural signs, and was also influenced by local circumstances: meat rationing in Cuba from the 1960s. Zarza created countless lithographs, a technique that had been used by the Cuban tobacco industry for advertisements and packaging since the nineteenth century. He also incorporated texts, photographic collages, and striking visual images that retain their impact today, despite the passage of time. In the Tauro-retratos (Bull Portraits, 1977), he even applied his irreverent narrative style to figures from Cuban colonial history.

Since the 1970s, Zarza has explored the possibilities of oil painting on large canvases, as in The Great Fascist (1973), now in the MNBA collection—a bullfight-inspired re-reading of Orwell’s world, created during the Chilean coup d’état. But painting took a back seat to his graphic work until 1996. In the twenty paintings now on view at the Museo, the artist explores the broad geographic and cultural dimensions of his chosen icon: there is a bull in New York (with a picture of John Lennon), a Red Bull painted as an old Chinese print, and African ritual masks made with the bones of the beast. He has even reinterpreted paintings by Dutch artist Vincent van Gogh (Dear Van Gogh, 2007), which were especially created for the exhibition of the same name.

Rafael Zarza, Incomprehensible Universe is on view at the Museo Nacional de Bellas Artes through July 3, 2011.