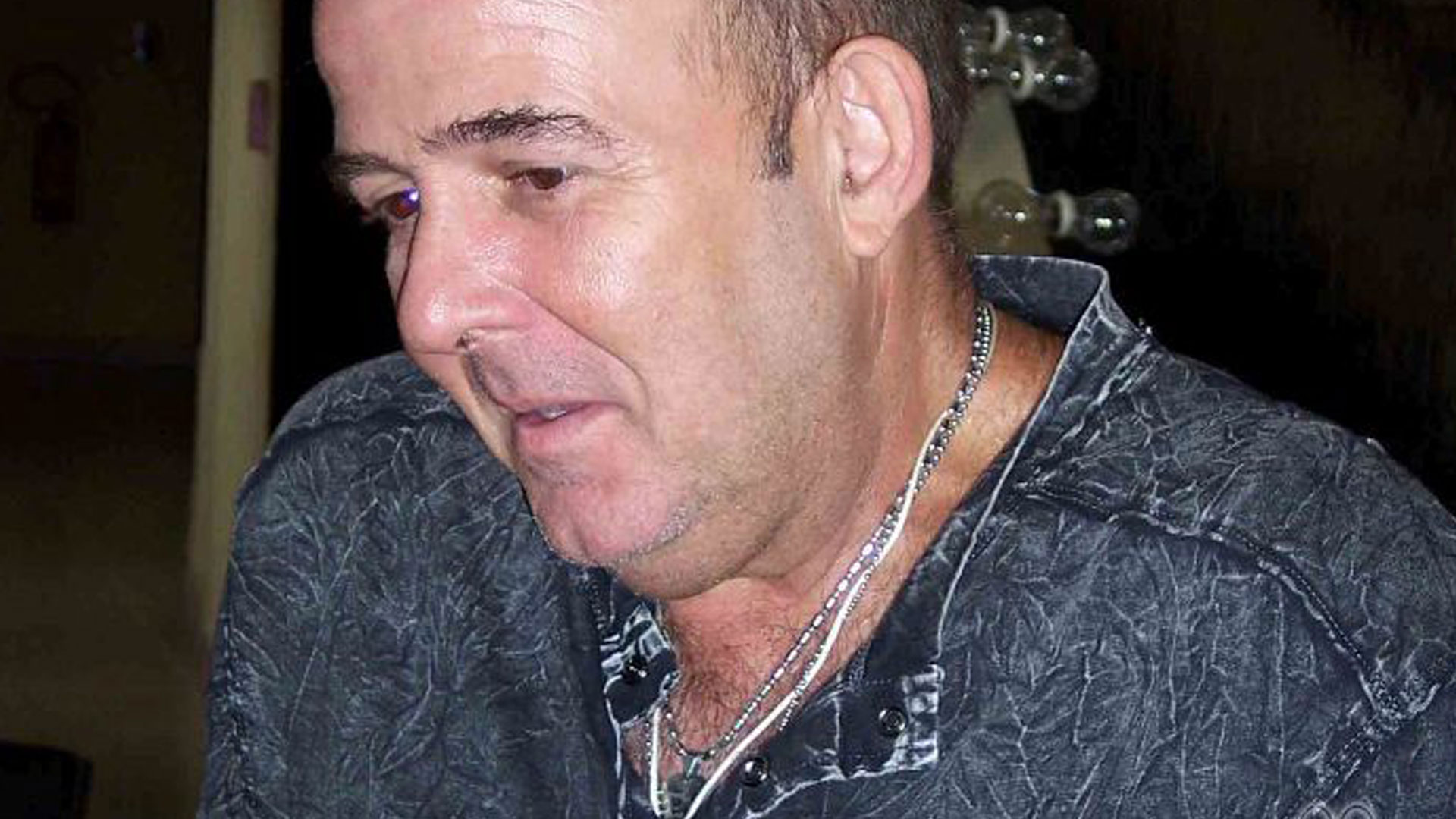 In Cuban theater, the name of Carlos Díaz (b. Bejucal, 1955) is invariably associated with some form of provocation. Since this director opened his North American Theater Trilogy at the National Theater’s Covarrubias hall some twenty years ago, he has established a personal hallmark that encompasses poetry marked by lush visuals, the subversive re-reading of great texts from world theater, and a constant interplay of codes and signs that delights viewers.

Since 1992, Díaz has been at the helm of El Público. The theater launched in 1990 with the premiere of what is known as the North American Theater Trilogy: Tennessee Williams’s Glass Menagerie, followed by Robert Anderson’s Tea and Sympathy and A Streetcar Named Desire, also by Williams. At the end of 2010, a symposium on Díaz’s work was held at the Union of Cuban Writers and Artists. Currently, an exhibition is on view at the Hispano-American Cultural Center: “Lo que se sabe no se pregunta” (Don’t question what you already know), an entertaining overview of two decades of Díaz’ obsession with the theater. We discuss that and other topics in the interview below.

Your emergence in the Cuban theater took place at a very particular time, in the early 1990s, when many things were changing radically, not only in the theater. Your interpretation of famous texts, such as the North American Trilogy, represented a break with tradition. Other artists, in other ways, also wanted to take risks and breathe new life into the Cuban stage. How did you get started, and how did you relate to those other artists at that time: visual artists, playwrights, writers, choreographers, et al.?

I think there was a silence that we wanted to break by doing new things, and the opportunity arose. In my case, it was possible thanks to Pedro Rentería, then director of the Cuban National Theater—he let me do what I proposed. Directors like Victor Varela and me emerged at that time. And there was Marianela Boán with DanzAbierta, and Havana Ballet Theater, with which I worked as an advisor. We wanted to prove ourselves on the stage.

At the same time, Raquel Revuelta, who chaired the National Performing Arts Council, approved a new work structure. They realized that the largest existing companies could no longer generate dynamic new productions. That system of projects has had its pros and cons, but at that time it was needed. The creative fatigue of some artists would give way to the arrival of other new artists. Our emergence in theater was necessary. And what truly encouraged me to do that was my desire to have a theater, an audience—although at that time the idea of leading a group was frankly crazy.

Since the Trilogy, and then as director of Teatro El Público, you’ve surrounded yourself not only with artists from the world of the stage, but also with painters, musicians, designers, choreographers …. Has this been part of a simple need or is it an intentional and ongoing aspect of your work?

It’s intentional—the dream is to bring together, each time, the best in each specialty. It’s becoming more difficult to afford an original music track, and currently it’s almost impossible to have the kind of scenic and costume productions that we had at the time of the Trilogy. Each period imposes certain conditions and problems. While I can’t dream of reviving the past, I do want to keep talented people around me, people who can collaborate with my group and contribute what they do best.

For example, I’ve tried to work not with the “best,” but with very good actors. When I start studying a play, the text begins to demand experienced actors and actresses who can’t always be recruited. But I start with that desire. There are directors who can afford the pleasure of producing a Bernarda Alba with Nuria Espert in mind, or Phèdre with Ana Belén. It’s something that is not always understood. Criticism is sometimes based on considering the ideal actors for a play, but critics don’t stop to analyze the actors that theater directors really have on stage and why they are working with them.

As a director, I can choose to produce A Streetcar Named Desire, not with the conventional interpretation considered ideal, but an interpretation that I can make work and that encourages me to take risks. Sometimes this approach imposes patterns that don’t match the work as you intended, taking into account the characteristics of the moment. I have to go beyond that and assemble the talent that can encourage me. That has been the group’s history in the last twenty years.

Among the emotions I have experienced at El Público is that night when Caligula was playing and Roberto Blanco came to see the show. You had worked with him as a consultant in his Irrumpe Theater, until you moved on to other experiences, such as the possibility of your own company. The theater is made out of those memories, those encounters, and those diverging paths. How do you evoke all that in your memory and in the present to continue leading this group?

To answer that, I have to recall the great satisfaction I felt when I worked as an advisor to Roberto Blanco’s last revival of María Antonia (Eugenio Hernández Espinosa, 1967), a great moment in Cuban theater. I clearly remember that. It was something that had a life, and I was part of that resurrection. Roberto knew how to teach, based on his taste, skills, and culture. The Irrumpe group was my second ISA (Higher Institute of Arts), and being with him allowed me to take responsibility for design, scenography, and dramaturgy. He knew what I was thinking about, and when I left him, it was a big act of uprooting—I had to stand on my own two feet. In each rehearsal, I feel Roberto Blanco’s presence and taste, as I did when he came to see the show that you remember.

You have usually worked with texts by classical authors, or works of great importance in contemporary world theater. But one thing that distinguishes your theater is that you intentionally remind us that these works are being done in Cuba, from Cuban language and local color, looking at a reality as curious as ours. In presenting works by Chekhov, Racine, Tennessee Williams, or Sartre, why have you chosen to do that in front of a public that enjoys being provoked?

Since the Trilogy, I think that my interest—and that of many directors and artists who also emerged at that time—was to make audiences reflect on the problems that confront them today. At present we are doing Shakespeare, but we are talking about how we live every single day, what we want to change, our dreams and frustrations.

Perhaps because of the inertia existing at that time, at the beginning of the Special Period in the early 1990s, I had the opportunity to make a more luxurious sort of theater, with productions like La Niñita Querida (The Little Darling, 1996), by Virgilio Piñera, or El público (The Public, 1929-30), by Federico García Lorca. I think that viewers attending our shows at present are the same as in those days, and they have grown with each staging. The public understood the absence, the silence, the way in which theater was or was not done in the most difficult times. So they have decided to continue with us, knowing that we want to relate to them.

Now, in our newly remodelled headquarters at the Trianon cinema-theater, we are beginning a new era of revivals and premieres in which we also expect to see those audiences renewed. I always say that the theater must be looked after, cared for, and I mean that. It´s not just a matter of maintaining the building and slapping on a coat of paint from time to time. It’s a matter of taking care of what we do in the theater, and the way in which we position ourselves with the public. I’ve been lucky in that sense: I have an audience that understands what kind of actors work here, what color or atmosphere we’re seeking—an audience that comes to see and knows how to read certain codes. We have formed a Cuban audience, faithful to us. To stop working as we have with those people would be an unforgivable mistake.

The current anniversary exhibition has invited many of your followers to bring in photos, costumes, sketches, posters, images of which they themselves are an essential part. The exhibition takes its title from a saying that appeared on a backdrop of your production of La Niñita Querida, “Lo que se sabe no se pregunta” (Don’t question what you already know). That was also the title of the symposium in which scholars, critics, and students spoke about your work. How do you regard these tributes, after twenty years of theater? Do you think they will encourage you to work another twenty years?

I realize that the work I’ve done with my company is being assessed with a fresh eye. That’s also what I mean when I say that the theater must be looked after. I’m very happy with the exhibition: it’s not a recycling or a conventional show, where people see costumes placed on mannequins and it’s all stuck up on the walls. Instead, the exhibit uses the materials that we archive in order to create new pieces; it plays with the spirit of the group and conveys it to viewers. I like that very much. The exhibition has sought to give life to the memory of all that history, investing it with new life. Rarely in our theater has a project like this been achieved. It has led the public to think of that other visuality, that other possibility of theater, that which cannot always be seen from the audience’s side of the stage. It has allowed me to realize that I’ve done a lot in a short time. And that has given me peace of mind, because it allows me to believe that the life of Teatro El Público is healthy for the good of our theater.

The next twenty years don’t necessarily have to follow in the footsteps of the past. Perhaps we will be more tranquil, but we will never rest or be bored. I do feel much more mature. I know how to get into a play, and how to work with actors. I think I could spend a hundred years doing theater, because I cannot do anything else, and I need the theater.

I don’t enjoy teaching. However, this is my second year preparing a play with students from the Art School for their graduation. That is a luxury. To have that talent in your hands allows you to nurture yourself from that blood, and you can see how they improve day by day. There is a part of the theater that belongs to the young, and I like to help them understand that, so that they can live it and inherit it. I think this will keep me busy for the next twenty years. And as stated in La Niñita Querida, long live the winner!