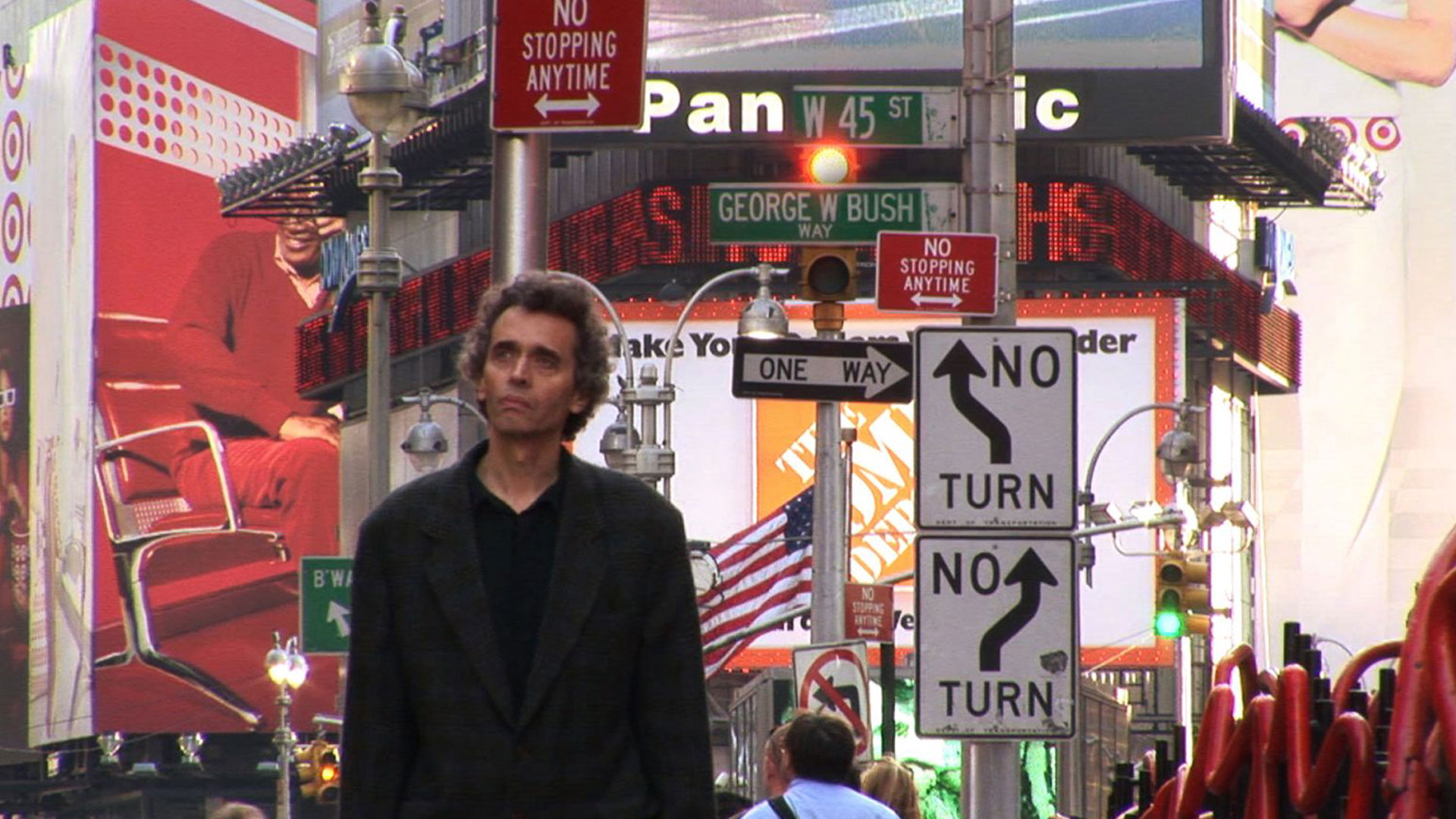 Ten years after its debut, the Young Filmmakers Exhibition, held February 22-27, 2011 in Havana, has matured as a competion and as a showcase for that larger phenomenon called the new Cuban alternative film.

First, it is a powerful call to participation among young people, who attend not only film screenings but other Muestra programs: lectures, discussions, meetings, and workshops. This creates a forum for healthy and effective feedback about issues and problems of concern to young people. But the Muestra is not just an insular film event: in addition to the filmmakers whose works are shown, participants include many young people who have no professional involvement with cinema—people with different jobs and interests, who come to see what their contemporaries are focusing on in their productions.

There has been a notable increase in the quality of work in all genres, with documentaries and animated films highest on the list, perhaps because they are more readily assembled. As with mainstream cinema, Muestra viewers could also discover interesting fiction films and mixed genres. It is true that a certain precariousness and lack of resources affected many of these works, but it’s precisely the condition of being alternative media that makes their essence and value so readily apparent—even works that weren’t prize-winners. In alternative media, failures also count, especially works that are partially successful, or that demonstrate a technical and/or artistic strength that encourages audiences to keep an eye on their makers. Even these works merit exhibition.

In this latest Muestra, the grand prize for fiction went to Memorias del desarrollo/Memories of Overdevelopment (2010) by Miguel Coyula, who participated in the first Muestra with Class Z (his graduation exercise EICTV), followed by his film Cucarachas rojas (Red Cockroaches). Indeed, no work could compete with Coyula’s, a previous winner at such prestigious international festivals as Sundance. From a professional standpoint the director—though still within the age limits set by Muestra rules—is already a talented auteur, and the film (made in Havana and New York, where Coyula currently lives and where the story unfolds), has much higher production values than most of the other works that were shown. But production values aside, Coyula’s work deserved the award on the basis of its aesthetic and conceptual audacity.

Memories … is a follow-up on Sergio, that doubtful critic of the newly emerging revolutionary process, taken from the pages of Edmundo Desnoes’ novel and immortalized in the 1968 film by Tomás Gutiérriez Alea (Memories of Underdevelopment). Now, set adrift in the developed world far from Cuba, Sergio hangs onto his doubts and reservations (and adds others), his nihilism and sense of (non) belonging. By carefully working on transtextuality and often applying a parodic sense to every real or suggested event, Coyula embarks on a wonderful character study that explores both physical and mental spaces. Shunning orthodox realism, the director works the image (sometimes with excessive sensuality in the textures) and soundtrack with a sense of delight. He shows a conscious dramatic perspective that draws us into dialogue with feelings and morphological proposals, whether or not we agree with his montage choices (which are, by the way, among the best), or with this or that film treatment. Memories… has already entered our cinema.

There were also several stunning short films, such as Los Bañistas (Bathers) and Planeta Cerquillo, both by Carlos Lechuga; Hemoglobina (Hemoglobin), by Michel Pascual Domínguez and David Pérez, who situated the well-known character of the vampire in the Cuban emo-punk world; Committee 666, by the witty Arturo Infante (Utopia); and above all, Autoretrato con árbol (Self-portrait with a Tree), by Juan Carlos Calahorra, who treats the unusual subject of priestly vocation among young people during the difficult years of the 1990s.

Adrián Replanski’s La segunda muerte del hombre útil (The Useful Man’s Second Death) won for Best Animated Film and for Best Direction. In just seven minutes, Replanski traces a fascinating parable of postmodernism, using old refrigerators displaying their emptiness and obsolescence as a philosophical voice-over supplements the movements. But if there had been an audience popularity award, it would have gone to Ernesto Piña (Todo por Carlitos) and his delightfully irreverent “treatise” on bad words, Sin pelos en la lengua (Without Mincing Words). Full of sympathetic iconoclasm, it was masterfully made by this young artist. Also commendable was 8 formas de enfermar (Eight Ways to Get Sick), by Leandro Javier de la Rosa. With Sigmund Freud and Marcel Breuer as tutelary deities, it gives life to sexual experiences that speak to and provoke viewers.

In the documentary section, Uno al Otro (One Another) by Milena Almira received an Honorable Mention. A portrait of a couple in which the young man is a deaf-mute, it is interesting at first, but becomes burdened by an excessive harping on social differences and an annoying repetition of motifs. The award for Best Documentary went to Cisne cuello negro, cuello blanco (Black Swan, White Swan) by Marcel Beltrán—a questionable choice, given that the film shows a superfluous development and a suspicious tonal uncertainty, despite its intelligent use of the “film within a film” approach.

The award for Best Script went to Jeffrey, el proyecto (Jeffrey the project), written and directed by Damián Sainz—an honor well deserved for its outstanding writing and well-organized projection of (re)actions of the filmic object: an extreme bodybuilder who exceeds his possibilities and, from his precarious logic, analyzes his life.

Also worth mentioning: the very likeable and remarkably structured film Matrimonios S.A (Marriages S.A), by Marly Heredia and Luis A. Fernández, spotlighting a trend that prevailed in the eastern province of Holguín in the so-called Special Period of the early 1990s, when people got married for the sake of material resources. Also Al Aire Libre (Outdoors), by Sandra Lamb, which made good use of the “cinema survey” approach to question young people at the famous Music Festival Rotilla, who spoke their mind freely and without restriction.

On the other hand, there were examples of expressive incompetence, sometimes tucked into stylistic elements. Works in this category included ¿Dónde están mis ovejas blancas? (Where Are My White Sheep?), by Leandro J. de la Rosa; Molina, by Niúver Rodriguez; and Ermitaño (Hermit), by Dany Hernández.

Among the satisfactions, dissatisfactions, and applause, the tenth edition of the Young Filmmakers Exhibition (this year re-christened the Muestra Joven ICAIC/Young Exhibition—perhaps to remind us of ICAIC’s activities beyond the film medium) demonstrated several successes: the emerging authorship of several filmmakers who had competed in past Muestras; the increased presence of solid writing by women; the presence of subjects almost untouched by the conservative “official” Cuban cinema; and the use of introspective approaches in tackling epic and collectivist topics—also important in our own time. These strengths legitimize, and encourage us to applaud once again this expression of, by, and for young people—an expression that encompasses us all, or at least many of us beyond its immediate circle. It is necessary to continue supporting this Muestra, with the knowledge that each year’s edition will pave the way to greater improvements and the conquest of new territories.