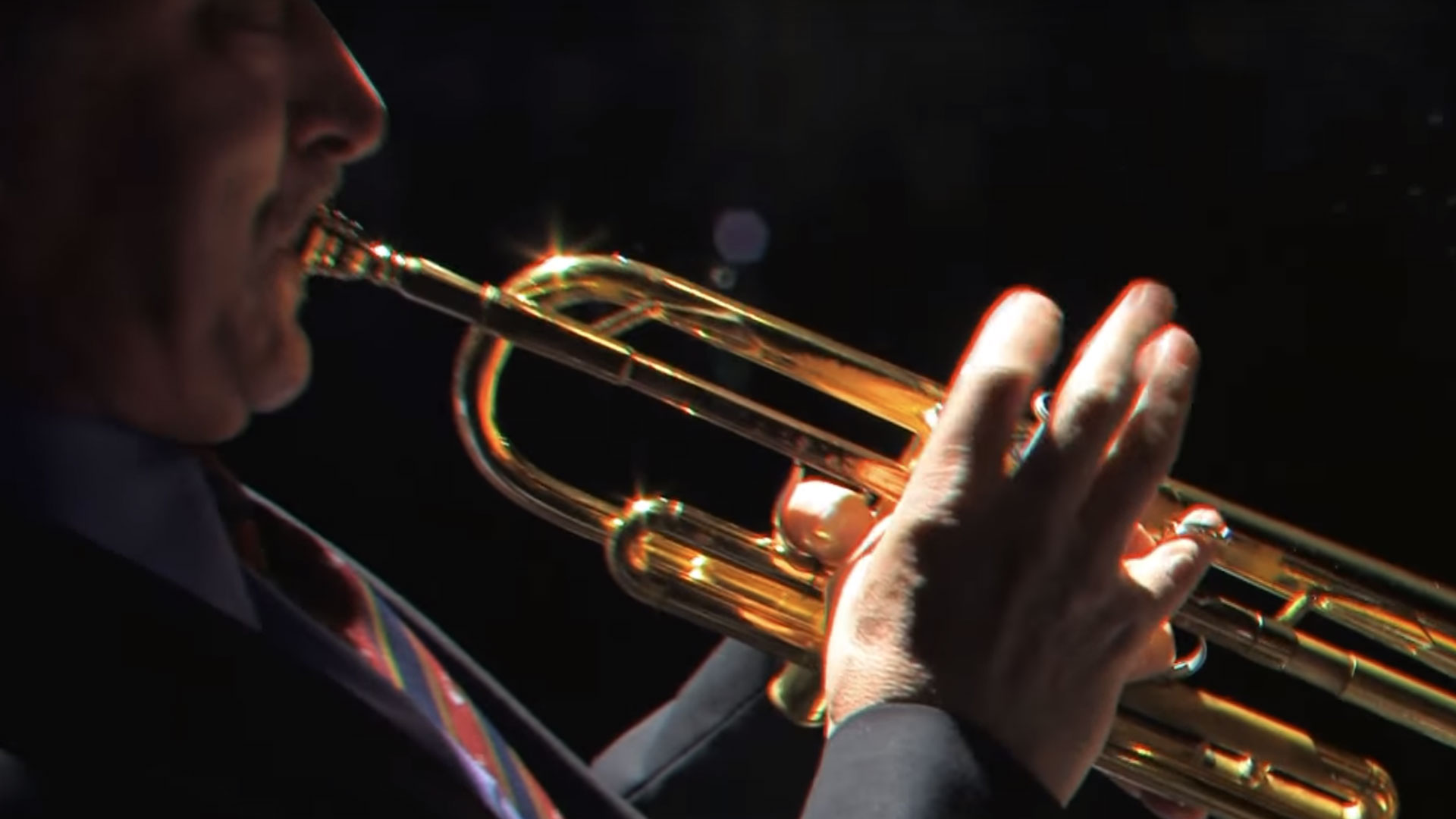 Grammy-winning musician and composer Arturo O’Farrill, son of Cuban-born jazz master Chico O’Farrill, recently completed a week-long tour of Cuba with the Chico O’Farrill Afro Cuban Jazz Orchestra—the fulfillment of a dream that began more than eight years ago. Here, Arturo talks about the high points of the trip, the work he composed for the occasion, and the debt that jazz owes to Cuban music.

Tell us about your father, Chico O’Farrill.

My father is considered one of the founding voices, if not the architect, of contemporary Afro Cuban big band jazz. Of course, Chico O’Farrill was born in Havana, and left in his twenties to create a name for himself in jazz. He moved to New York City and became the most sought-after composer-arranger. He straddled the worlds of Cuba and America, having written equally for Machito and Count Basie, for Dizzy Gillespie and Ringo Starr (chuckles) and David Bowie. Stan Kenton, Clark Terry—I mean, some of the greatest names in jazz and in Latin music.

In Cuba, the O’Farrills go back for several generations, right?

It is my understanding, from having visited historians in our birthplace of San José de las Lajas, that the O’Farrills first came to Cuba in the mid-1700s aboard a Portuguese registry and landed firmly in San José. They eventually migrated toward Havana and became prominent in the world of business and academia, and in government, and contributed greatly to the day-to-day life of Havana.

Before last month’s visit, how many times had you gone back to Cuba?

This last month would have been my fifth trip to Cuba. I’ve been going since 2002, when I was first invited very graciously by Chucho Valdéz to take part in the International Plaza Jazz Festival.

What made this trip different?

We’d been planning this trip since I went in 2002, and this dream of mine began to take shape—that I could return my father, though not physically, to Cuba. He died brokenhearted, realizing that he could never return to his beloved island. In fact, it was the only thing that could cause him to lose it, to cry emotionally. I felt always as a young child, a young man, very heartbroken for my father.

So when I returned in 2002 after his death, I began to think that maybe I could bring my father back to his island, in some way, by bringing his music there—by performing it there, by having my mother be there to attend that performance. It would be a way of bringing him back, closing the circle spiritually, artistically, and familially.

But I would also be paying a cultural debt. Because if you listen to Chico O’Farrill’s music, so much of what went out and changed the world of jazz is truly Cuban. There are aspects of his music that could only come from influences of Afro folkloric rhythms and textures and compositional techniques. And I think he really picked up on that, and never had a chance to bring it back home, so to speak. So for me, the opportunity to perform his music was an opportunity to say thank you to the Cuban people, and to Cuban culture in general for influencing one of its greatest sons.

Of course, the other part of the journey, in general, is that Cuban music is not understood to be as integral a part of jazz as it should be.

So we went. And we performed four concerts, and master classes, and a pre-series of concerts and receptions. It was absolutely mindblowing. Not only did it achieve those goals that I mentioned, it surpassed them.

As a musician, what was the high point of the visit for you?

The ultimate moment was the final day in Havana, when we played the closing concert of the festival at the Mella Theater. It was a packed, sold-out audience that heard the greatest of Chico’s works in his homeland, performed by his musicians. And that gave me a tremendous joy.

But to close the concert with a piece that I composed especially for that moment was a tremendous triumph as well. I composed a piece called “Fathers and Sons: From Havana to New York and Back.” It featured Chucho Váldez performing with Chico’s orchestra, and my sons performing with Chucho and the orchestra, and six young extraordinary Cuban musicians also performing. So it was a real tribute to future, and a thanks to the people whose shoulders we stand on, on so many levels. It was dedicated to not just Chucho and [his son ] Bebo or Chico and Arturo, or any other [father-and-son musicians]. It’s dedicated to all the great young musicians in the world who don’t see political ideology.

And the high point of the trip personally?

We had the opportunity to perform in San José de las Lajas, my grandfather’s birthplace, in the town plaza. One thing I had asked the Cuban cultural ministry was that we could give free concerts for the citizens. Because a lot of times in Cuba, these visits by artists will be in prestigious halls where the average ticket price is beyond the reach of most, by far—(laughs) like it is here [in the U.S.], actually—beyond the level of the average Cuban.

So for me to give a free concert in the town plaza, in front of the town church, was in some ways as big a highlight as the concert in Havana. It’s a weird thing to thank a nation for its cultural contribution. You’re not really thanking a nation, you’re thanking a people. And you’re thanking the people who dictate the daily, day-to-day rhythms of life in Cuba—people who are responsible for creating the culture of a place.

And those are usually the regular people. I could imagine my father as a young boy being shaped by a series of forces that created his understanding—a series of sounds and rhythms and sights and smells and colors that could only come from day-to-day life in Cuba. So for me, the chance to thank the people of Cuba was a once-in-a-lifetime opportunity.

Your organization, the Afro Latin Jazz Alliance, received support for this trip from Fundación Cuba Avant-Garde, the sponsoring organization for Cuban Art News. How important was nonprofit funding in supporting the trip?

The Fundación was the only institutional support we got for this trip, and that support really spelled the difference between going and not going. We received an official invitation from the Festival only seven to eight weeks—maybe even six weeks—before the departure date. And we literally got our State Department licenses days before we left. So to raise the kind of funds that it takes to bring eighteen musicians and five support staff is mindblowing.

I don’t think there are very many arts organizations that are dedicated to promoting exchange between Cuba and the United States. And it’s particularly heinous because Cuban music and jazz are they same—they’re built out of the same roots. They have so much in common that hasn’t been explored, that could enliven and enrich—and maybe even save—the future of jazz. To not invest in exploring these roots, these commonalities, these possible future collaborations—to me it’s unimaginable. And kudos to the Fundación for recognizing that this voyage that we undertook was not just personal, emotional, filial, and cultural, but that it was artistic, and an incredibly important one at that.

Last question: When are you planning to go back?

I would like to go back in the spring, preferably in late spring—April, May, even. And start planning a new voyage, an extended voyage in which we go back for two weeks and visit four or five cities, giving free concerts in the public plazas of these cities.

Especially we would love to go to Santiago, and perform and give a free concert in the Sala de Dolores and the Plaza de Dolores, right there in the center of Santiago. So much of what we call Afro Cuban music comes from Oriente and comes from that region. You know, we talk a lot about Matanzas, but we really owe a tremendous debt to Santiago. And I think to go back and perform free concerts throughout the island is an incredible dream.

Just that people who are interested in finding out how we unravel this future should keep in touch through the Fundación and through our website at the Afro Latin Jazz Alliance—specific keyword Cuba.

I guarantee you this: this is only the beginning. I really believe that we haven’t even begun to scratch the surface of what we can do.