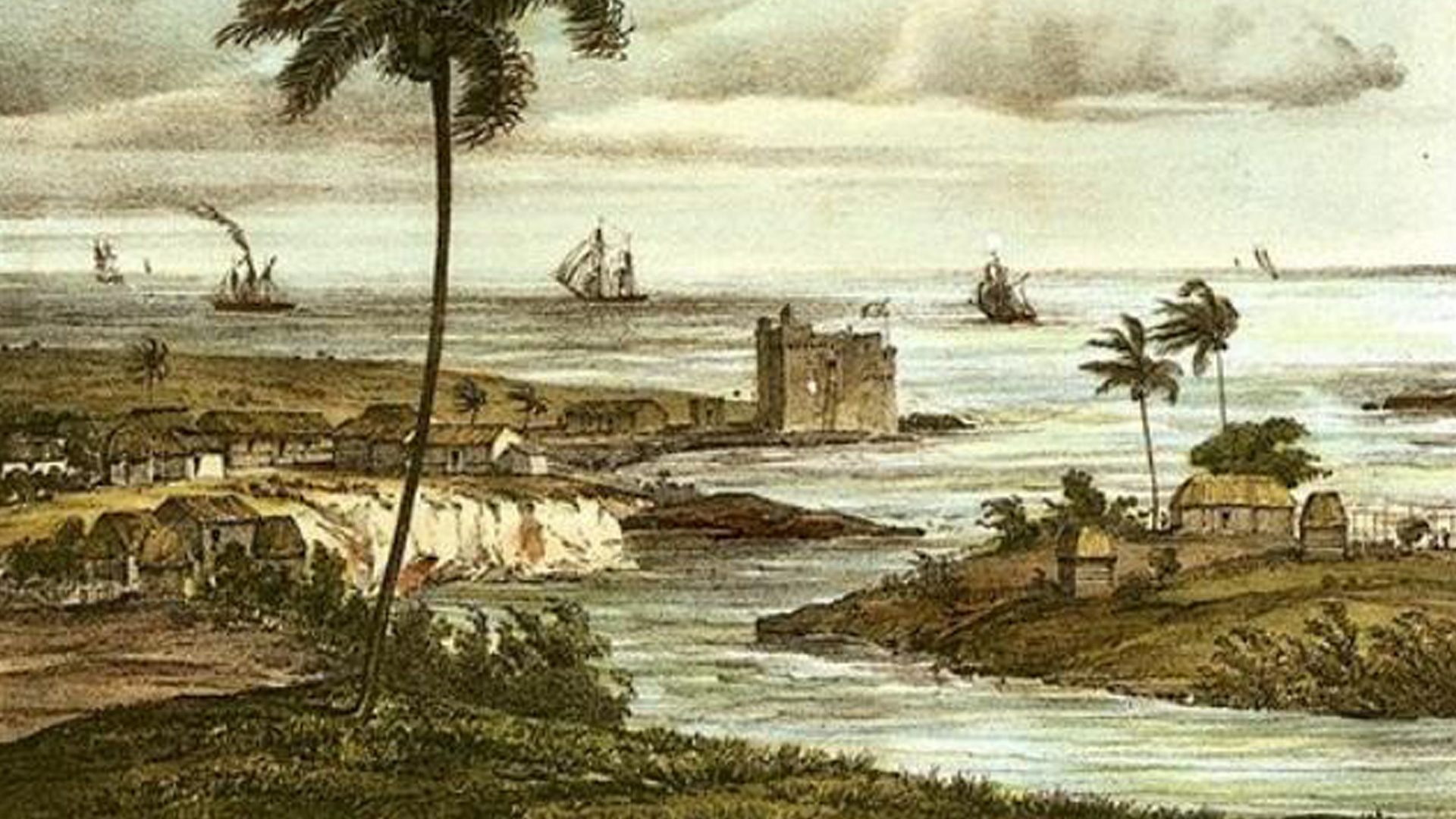 Recently, the Cuban Art Building of the Museo Nacional de Bellas Artes in Havana hosted, to great critical acclaim, the exhibition Vanguardia y Tradición, Dibujos y grabados 1934 – 1969 (Vanguard and Tradition, Drawings and Engravings 1934 – 1969), a retrospective of master artist Jorge Rigol Lomba. The curator was Roberto Cobas Amate, a renowned figure across the island in this field and a noted art critic and essayist on Cuban films.

Through this exhibition, the public was able to explore both primary and less well-known aspects of Rigol´s art. For the most part, Rigol is remembered for an extraordinary series of engravings and drawings depicting the Vietnamese people’s daily life and struggle for independence, and for the relationship of his work to Cuban avant-garde artists. Seeing the exhibition encouraged us to talk with its curator, one of the Museo Nacional’s most experienced specialists.

Vanguardia y Tradición is essential for a better understanding of Rigol´s work. About preparation for the show, Cobas noted: “In its exhibition schedule, the Museo Nacional de Bellas Artes is well aware of the anniversaries, including birthdays, of Cuba’s most important visual artists in any historical period.”

“So far this year, for instance, we have had several big celebrations. We held a very successful exhibition for the centenary of José Lezama Lima, an outstanding figure among Cuban intellectuals. We had a drawings retrospective to commemorate the bicentenary of Federico Mialhe, who was an essential figure in our cultural life during the colonial period. And in the case of Jorge Rigol, the MNBA deservedly celebrated his centenary. For this, we decided to do a retrospective show with a focus on his 1930s cutting-edge drawings, whose high quality was clearly evident in the exhibition. Most of these works are virtually unknown to the public, and are closely related to the cultural phenomenon known as the Escuela de La Habana (the Havana School), where the artist did his best work.“

You began working at the MNBA in the early 1980s, and have now been curator of the Cuban modern art collection for many years. Which moments in your career do you look back on with the most pleasure? And how has your work at the Museo Nacional influenced your understanding of Cuban art?

The Museo Nacional de Bellas Artes has been a school for me, indeed. When I was awarded my bachelor’s degree in art history at the University of Havana Faculty of Arts and Letters—where I had excellent teachers—I thought I knew it all. Then I began working in December 1982, in the museum’s research department. I realized that I had a lot to learn, and that what I ‘d learned in college was just a starting point. My co-workers were my best advisers. With them, I learned basic but important things, such as measuring a painting or drawing, manipulating a painting, or recording relevant technical data.

I remember with pleasure the time I worked as an assistant to Maria del Carmen Rippe on an exhibition of European paintings—an exciting experience for me. And the preparation for the First Havana Biennial, which was organized by the Museo Nacional and the Wifredo Lam Center, was also very exciting. It was really demanding work. There hadn’t ever been an event of this kind in the whole country. The MNBA was the main headquarters, and all the works in competition were taken there. We worked late into the night on that.

When it comes to curatorship, I’d mention the exhibition Wifredo Lam, the Adventure of Creation, which was shown in 1998 in several Spanish cities, such as Salamanca, Palma de Mallorca, Cáceres and León. Also the exhibition Mariano, on the extraordinary artist Mariano Rodríguez. That show opened in a major exhibition hall in Monte Carlo, Monaco. Prince Albert attended that event.

In the case of the exhibition on Wifredo Lam, there was a rigorous selection of the best works in the MNBA. This coincided with the temporary closure of the institution for remodeling and renovation. That initiative allowed us to show the evolution of the artist, from paintings made in Paris in the late 1930s—with clear cubist and surreal influences—to his further development and commitment after his return to Havana. In the 1940s and 1950s, this universal genius finds his sources of inspiration in the poetry of the Afro-Cuban religions.

The exhibition Mariano presented a chronological and stylistic development of the various themes addressed by the artist, such as women, love, fighting cocks, still lifes, landscapes, farmers, and fishermen. And also his foray into the African aspects of our culture. Although these works are not well known to the public, he was able to respond with great sensitivity to these themes.

Among exhibitions presented in the MNBA special exhibition galleries, I feel a great satisfaction in recalling Raúl Martínez, the Challenge of the Sixties, which was curated with Elsa Vega. This show gathered together a large number of works, and emphasized the importance of Raúl´s paintings for Cuban and Latin American art at the time. There was also an exhibition on Umberto Peña, which marked the re-emergence of a major figure of the 1960s to the public and the critics.

Among the group shows, it’s worth mentioning the important exhibition Cuba! Art and History from 1868 to Today, jointly organized by the Montreal Museum of Fine Arts and the Museo Nacional, on which all of the Museo’s Cuban Art curators collaborated. Over 300 works were displayed in this 2008 exhibition, which was curated by Nathalie Bondil, the Montreal MFA director, with technical coordination by Hortensia Montero of the MNBA. It’s undoubtedly the largest and most important exhibition about Cuban art that has taken place offshore. It’s even more important than the legendary exhibition held at the Museum of Modern Art in New York in 1944. As part of its overall survey, the Montreal exhibition devoted individual galleries to two key figures in Cuban visual arts: Wifredo Lam and Marcelo Pogolotti. It was a real milestone in the history of Cuban art, and a tremendous challenge for anyone trying to top it in the future.

You’ve curated major exhibitions by Cuban artists of the first and second avant-gardes, including Wifredo Lam, René Portocarrero, Mariano Rodriguez, Aristides Fernandez, Jorge Arche, and many other Cuban masters. You’ve also written articles, essays, and catalogues about them. Being a curator and expert on Cuban art, do you feel you’ve achieved what you set out to do? Of all the exhibitions you’ve curated to date, which ones do you think have had the most influence on your career?

Frankly, I don’t think I’ve achieved that much. I feel that I could do much more. My work is just a drop of water compared to the formidable achievements of other curators, both from the Museo Nacional and from other prestigious institutions like the Wifredo Lam Center and the Center for the Visual Arts Development—just to mention a few of the most important institutions. It’s also important to mention a group of curators working independently, who’ve been doing highly technical and creative work. When it comes to the work carried out by the Museum, there is still to much left to be done and many artists to rescue from oblivion—or even to just take into account the contributions they’ve made to the visual arts. The works of these artists are still valid.

Among the exhibitions with these goals is Aristides Fernandez, Between Oblivion and Memory. Fernandez is one of the key figures in Cuban visual arts, and most of his works are held by the MNBA. At various times, his work has been omitted from the canon of Cuban art. Another exhibition in this line is Samuel Feijóo, An Unknown Sun, which is an attempt to rescue the paintings that this extraordinary Cuban poet and intellectual made in the 1940s and 1950s. In parallel with his literary work, Feijóo was able to create an important body of visual art that’s little known by the public.

I should also mention the retrospective exhibition Mirta Cerra: Between Classic and Modern, which demonstrated the artist’s contributions to Cuban art, far beyond the guajiritos and Havana landscapes that she’s best known for. Excessive modesty is a disadvantage if an artist wants to succeed in life. And this is what happened with Mirta Cerra, whose retiring personality prevented her from exerting much influence in a thriving cultural environment. Mirta was an excellent magazine cover designer with very advanced ideas for the time. She was also a resolute explorer of abstract painting in the first half of the 1950s, without belonging to any particular artistic group. And her engravings made in New York, addressing social issues of the 1930s, are among the most significant artistic works made at that time.

Tomorrow: Cobas on film, Wifredo Lam, and what’s coming next.