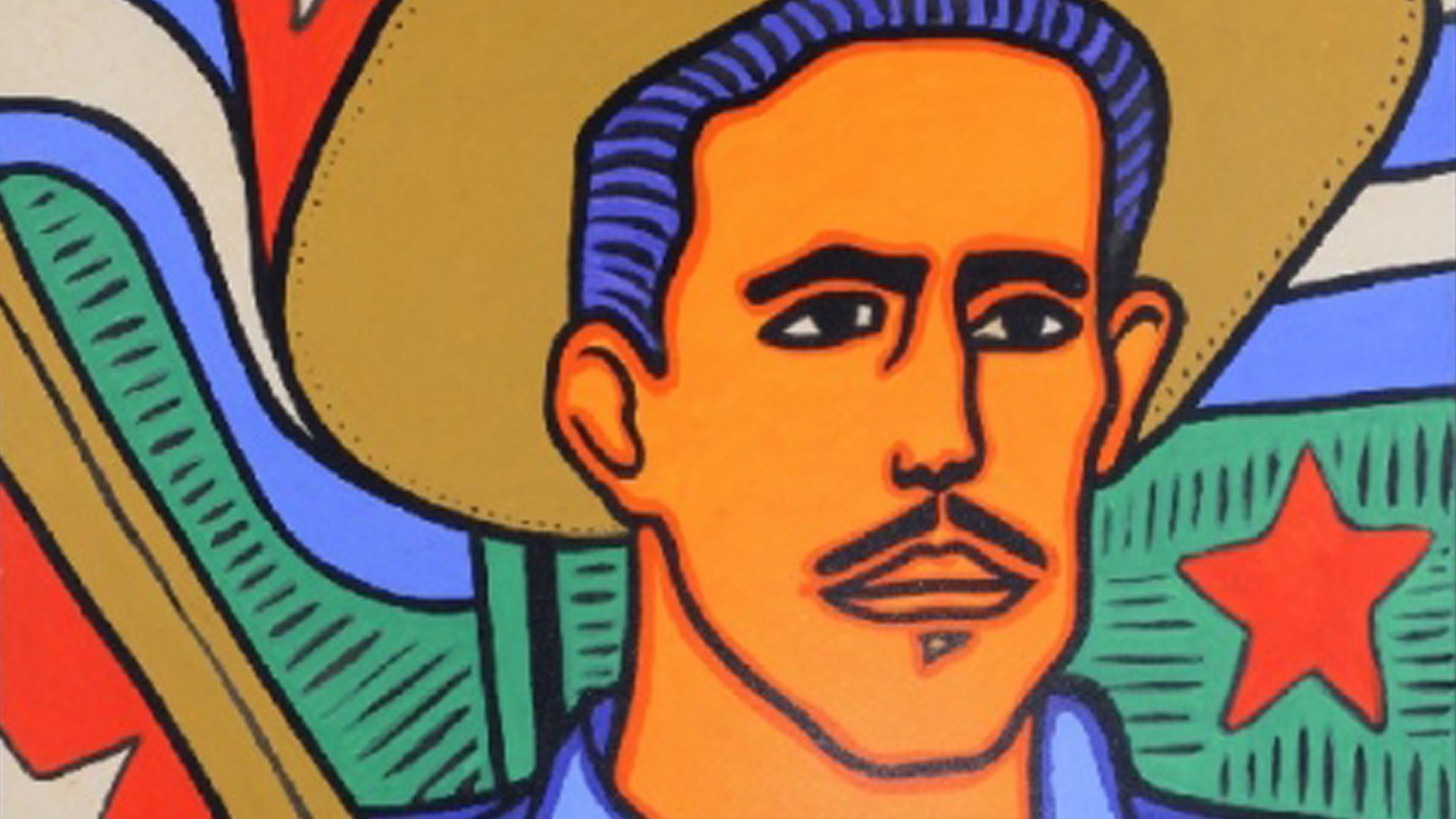 More than forty works by Cuban artist Raúl Martínez (b. Ciego de Ávila 1927, d. Havana 1995) are currently on view at Magnan Metz Gallery in New York’s Chelsea district. The exhibition, called Eagerly Awaiting, features photographs, paintings, drawings, and collages from the collection of Martínez’s life partner, playwright Abelardo Estorino. The exhibition was organized by Corina Matamoros, curator at the Museo Nacional de Bellas Artes in Havana, who organized a retrospective of Martínez’s work in 1988 and is now writing a book about the artist.

In the early 1950s, Martínez—along with such artists as Guido Llinás and Tomas Oliva—established the group Los Once (The Eleven), whose members adapted New York School-style Abstract Expressionism to the context of Cuban art. When Castro’s guerrillas defeated Batista’s army in 1959, Martínez became a successful advertising designer. That position led him to assume the art direction of the magazine Lunes de Revolución (which ceased publication in 1960), created with poets Heberto Padilla, Pablo Armando Fernandez, Anton Arrufat and Guillermo Cabrera Infante. Martínez continued to produce large abstract paintings until 1963, a time when Soviet aesthetics—decidedly anti-abstractionist—exerted a strong influence on the cultural landscape, particularly from the Cuban leadership.

With his 1964 “Homage” series, Martínez struck out in a new direction: collage. These works draw on a diverse array of source imagery: furniture, magazine covers, family photos, and everyday objects, fused with the spontaneous aesthetic of graffiti and street art—the revolutionary political slogans that Cubans were then enthusiastically writing on the walls of Havana. Contemporary with the work of American artists such as Robert Rauschenberg, Martínez´s art became an unofficial chronicle of a country in the midst of change.

Martínez’s creativity extended beyond art. He taught design at the School of Architecture—where he was expelled in a 1960s wave of homophobia—and at his home in the Vedado district, shared with playwright Abelardo Estorino, where he taught Cuban artists as a freelancer. Martínez was one of the “star” designers of the Cuban Book Institute, which reproduced much of his work for public distribution. His influence on poster design was felt with such works as the 1968 poster for the movie “Lucia;” it was reproduced in the 1970 book The Art of the Revolution, released in the US with a preface by Susan Sontag. His reach extended to photography, with the influential Foto-Mentira exhibition of 1965 (created with Mario Garcia Joya), and to mural design, as in his 1984 work for the Venice Biennale. In his mural painting Isla 70 (1970, permanent collection, El Museo Nacional de Bellas Artes, Havana), Rodríguez presented the faces of Cuban youth along with their leaders. With his 1978 “La Gran Familia,” he began integrating photography into his art.

Martínez’s active participation in Cuban culture and everyday life was not an easy process. Along with such contemporaries as artists Umberto Peña, Antonia Eiriz, and Santiago Armada (“Chago”), Martínez suffered under the “undeclared” censorship common at the time. He was not permitted, for instance, to display the 1967 mural he created in response to the death of Ché Guevara. With its militant anti-gay policies, the period in the late 1960s and early ‘70s known as the Quinquenio Gris (the Gray Five Years) also limited public awareness of Martínez’s art, both in Cuba and abroad. During that time, the authorities labeled as “pro-imperialist” any presentation of Cuban art in the international art market—an attitude of self-isolation that greatly affected the work and recognition of many Cuban artists of that period.

UPDATE: Eagerly Awaiting has been extended at Magnan Metz through August 20.