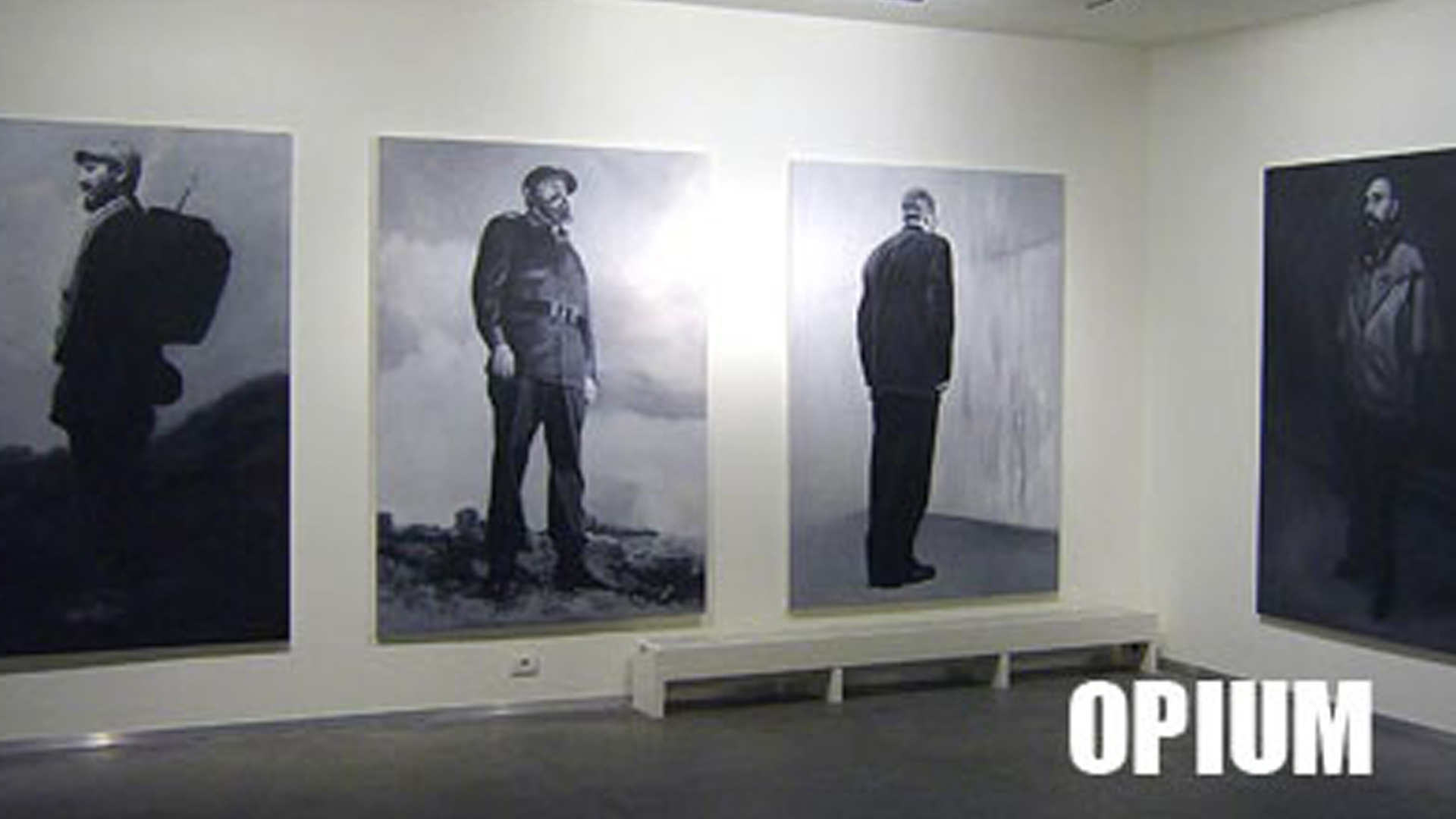 Like a more international version of the famously reclusive J.D. Salinger—removed from public life but capable of shaking Google’s spider web with every new sighting—Fidel Castro once more returns to the cultural stage. According to recent reports, US director Oliver Stone has again interviewed the charismatic, controversial Cuban leader for a documentary film called Castro’s Winter. Previously, Stone had interviewed Castro in 2003 and 2004, resulting in two films: Comandante (2003) and Looking for Fidel (2004), the second of which aired on HBO. In these encounters with Castro, the JFK director was reportedly “knocked out” by the Cuban leader.

It will be interesting to see, in Stone’s new production, whether Castro’s current state of health has impaired his legendary communication skills. Stone has declared that “Physically, he’s ailing,” but noted that despite this, “he’s very mellow and bright.”

Like its art, the image of Cuba’s former president has traveled well beyond the island. Through July 12, the personal and artistic partnership of Meira Marrero and José Toirac—known as Meira and Toirac—is showcased in OPIUM. The duo’s first exhibition in Spain, the show is being presented in the sacred city of Santiago de Compostela, the capital of Galicia, where Castro’s ancestors come from. Despite the coincidence, official government publicity is not involved—rather, the joint curatorship of the artists and Concha Fontenla, director of Factoria Compostela. Under Fontela’s direction, an exhibition space of the same name recently opened in Havana.

The exhibition’s title parodies the Opium perfume brand, as well as a nod to the well-known phrase, “Religion is the opiate of the people,” first declared by Karl Marx in 1843. Until 1991, this rationale was used in Cuba to support the segregation of religious communities of different persuasions, including those with Afro-Cuban origins. The exhibition assembles works by Meira and Toirac created between 2001 and 2010, which incorporate a range of techniques, including gold wax over wood, oil on canvas, and video art. As a whole, the art reflects a distinct take on museography, and a caustic look at political and materialist ideologies, their relationship to religious myths, and the invisibility of the lower classes under various social systems.

Among the largest pieces—and the one to cause the greatest stir since the exhibition’s May 29 opening—is Atlantes, four paintings of Castro, whose image is a central motif in the artists’ work. Given a clearly mythological title and adapted from well-known photographs that are part of the Cuban leader’s iconography, the paintings trace a lengthy arc of Castro’s life, from his years in the Sierra Maestra (before and after 1959) to his recent illness. In these images, which have been reprinted frequently in the media and text books, Castro is isolated from other people, sometimes in barren natural settings, as if holding talks with the sky or perhaps with History.

”We focus on those events that have shaped the life of current Cuban society, and at the same time are a point of cultural interaction with the general history of human beings,” stated Meira and Toirac. In addition to Castro, the artists have taken a critical approach to depicting aspects of Ché Guevara´s life and death—a relatively uncommon turn in the traditional genre of history paintings. Toirac´s post-conceptual attitude was initially fuelled in the 1980s by the influence of US artists such as Cindy Sherman, Louise Lawler, and Richard Prince, and German artists such as Hans Haacke and Gerard Richter. With exhibitions at Havana´s Fine Arts Museum and other institutions, Toirac’s critique of the role of images in the construction and representation of sociocultural myths has long been considered a classic of Cuban contemporary art.