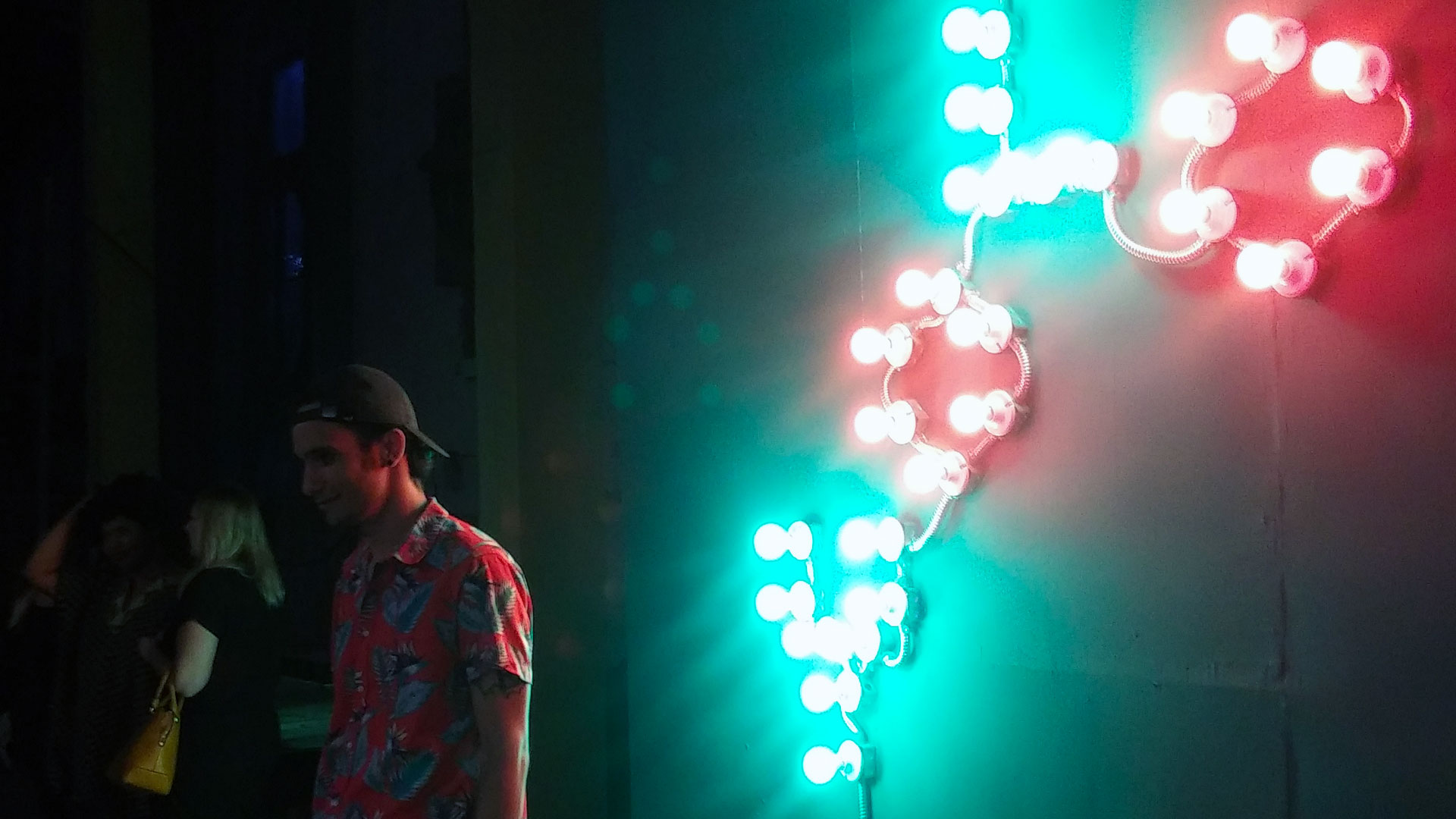 Known as Estudio 50, it’s now an art and design workshop. And for the Havana Biennial, it’s the setting for “Illness Has a Colour,” a wide-ranging show of contemporary Cuban art that opened this week.

«Illness Has a Color» includes work by established and younger artists. The show was curated by Lida Sigas, Daleysi Moya, and Aurora Carmenate, all on staff at El Apartamento, and was organized and produced by Christian Grundín with Luis Mario Gell, who brought the project to Estudio 50.

Among the first works on view at the entry is Alexandre Arrechea’s “El rostro de la nación,” in which he continues his exploration of black-and-white forms and their relation to Cuban identity.

The crowds streamed through the space, which still bore many signs of its industrial past.

Hanging near Arrechea’s work on the entrance wall, an untitled series by Marlon Portales depicted Fidel Castro at different stages in his life, in a style that made it seem as if the images themselves were dissolving.

Works on view included Espejismo, a maplike form in concrete by Ariamna Contino and Alex Hernández.

Some artists were inspired by the building’s previous incarnation as a glass factory. Adrianna Arronte’s Fundamentos de la transparencia appeared to be assembled from materials found on the site.

Other works, while not specifically industrial, fit well in the factory setting, including Arles del Rio’s installation.

Others used color and light to eye-catching effect, especially for photos.

Reynier Leyva Novo’s Diario perdido consisted of what seemed like a haphazard collection of chairs, randomly placed throughout the space. But each one had a small mirror under it, which, if a visitor crouched to see it, had a message to reveal.

A small mezzanine offered a more intimate spot for small-scale works—including this wall work located at the top of the stairs.