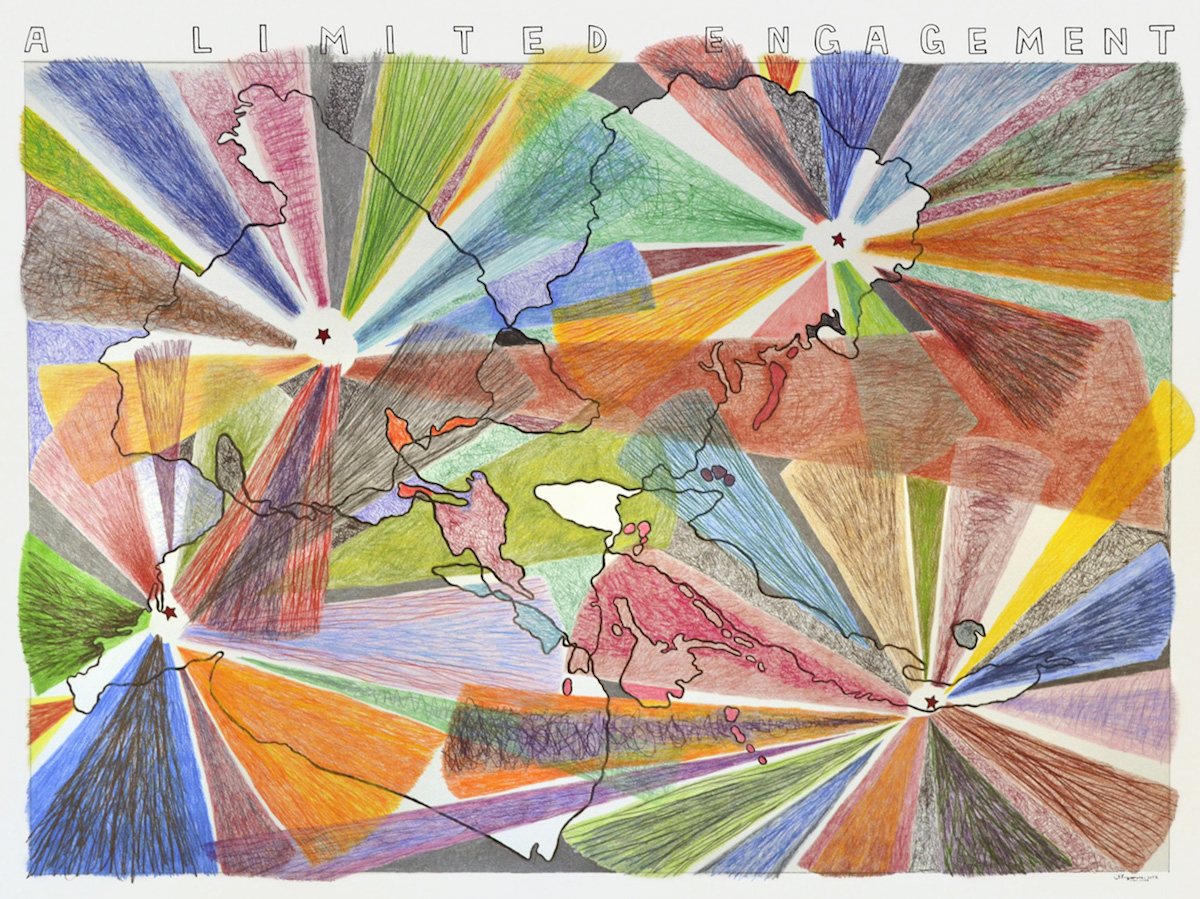 As VIPs swarm the Art Basel preview and Miami Art Week moves into full swing, we shift the focus to the other side of the Florida Strait, where an ambitious slate of exhibitions is filling Havana’s museums and art spaces. Plus awards & other news from farther afield.

And for your convenience, here are links to our Miami Art Week guides: Where to see Cuban art at the fairs, and at museums, galleries & events around town.

Toirac wins 2018 Premio Nacional. We begin with congratulations to José Ángel Toirac, winner of this year’s Premio Nacional de Artes Plásticas (National Award for Visual Arts). The announcement was made last month by the Consejo Nacional de Artes Plásticas (CNAP), following Toirac’s selection by a jury headed by Eduardo Roca Salazar (Choco), the 2017 winner. In connection with the award, an exhibition of Toirac’s work will be presented in late 2019.

Next Week: Choco’s Premio Nacional exhibition at MNBA. As winner of last year’s award, Eduardo Roca Salazar (Choco) will open Choco, con los pies en la tierra (Choco, with Feet on the Ground) on December 14 at the Museo Nacional de Bellas Artes. Surveying the artist’s 40-year career, the exhibition will include painting, sculpture, prints, and installation works reflecting the major themes in his work. On view through February 25.

Tomorrow: Tonel at MNBA. Opening tomorrow at the museum, Tonel. Ajústate al tema, obras 1973–2018 (Stick to the Subject, Works 1973–2018) takes a career-spanning look at the art of Antonio Eligio Fernández, better known as Tonel. A curator, critic, and educator as well as artist, Tonel co-curated the exhibition with Elsa Vega, a curator at the museum. The opening reception begins at 4 p.m. tomorrow, December 6, in the museum’s Edificio Arte Cubano.

On view now: Michel Pérez Pollo at MNBA. Late last month saw the opening of Michel Pérez Pollo. Marmor. Celebrating Greco-Roman art and its influence from a contemporary perspective, the exhibition features ten paintings on this theme, made specifically for the show and seen here in their public debut. Presented jointly with Mai 36 Galerie, Zurich, the exhibition is on view in the Greek and Roman gallery of the museum’s Edificio de Arte Universal.

Marco Castillo. Noches blancas. Inspired in part by Fyodor Dostoevsky’s novel White Nights, the former Los Carpinteros member presents his first solo exhibition since leaving the group after 26 years. Noches blancas presents a series of canvases on which Castillo has painted in water, paired with videos capturing the painting process, which turn each work into an installation piece. The exhibition opened late last month at Arsenal Habana, where it runs through January.

Garaicoa at UNAICC. After an absence of several years, Carlos Garaicoa returns to the Havana exhibition circuit with Nada veo, nada digo, nada oigo (See No Evil, Hear No Evil, Speak No Evil). Featuring installations, drawings, photographs, and video animation, the exhibition is on view at the Vedado headquarters of the UNAICC (Union Nacional de Arquitectos e Ingenieros de la Construcción de Cuba). It’s a fitting location for a show that uses architecture and collective memory to analyze contemporary sociopolitical realities. The 2018 site-specific installation Patologías Urbanas (Urban Pathologies), for instance, consists of thousands of sketches scattered in the UNAICC auditorium—a controlled chaos that includes pages of notes and drawings about the “illnesses” afflicting architecture, from cracks and humidity to flawed underpinnings and landslides. Presented in conjunction with Arte Continua, the show runs through January 12.

René Francisco at Galería La Acacia. In Deuda (Debt), René Francisco reviews three decades of his artistic production, bringing to light works that he has kept with him in his studio—pieces that he considered personal, or had set aside without exhibiting. “This is my warehouse work, my family work,” he told Arte por excelencias. To this, he has added “known works, some forgotten, and segments that were iconic within their creation, belonging to different stages and speeches,” wrote curator Margarita Sánchez Prieto. “Deuda is a recounting, a stop along the way.” On view until January.

Garciandía at El Apartamento. Late last month, Flavio Garciandía. Otra vez/otra cosa opened at the art space El Apartamento in Vedado. The show features large-scale paintings and works on paper made over the past decade, including several from 2018. Presented in conjunction with Mai 36 Galerie, Zurich, the show runs until February.

New Initiative at PAMM. The Pérez Art Museum Miami has launched the Latin American and Latinx Art Fund, a new affiliate group to support exhibitions and programming for Latin American and Latinx artists at the museum. At the kick-off event, Rocío Aranda-Álvarado of the Ford Foundation announced a contribution of $300,000 in support of the new initiative, and for Teresita Fernández: Elemental, the exhibition scheduled to debut at PAMM this coming fall.

And a Book Launch. Yesterday, philanthropist and art collector Jorge M. Pérez announced his latest project: Isla en la luz (Island in the Light), a book exploring Cuban art through the sensibilities of more than 30 Cuban and Cuban American writers. A collaboration between Pérez and his curatorial team and Cuban writers Wendy Guerra and Leonardo Padura, Isla en la luz pairs artworks in Pérez’s collection with essays, short stories, and poems. Guerra, for instance, writes about works by Sandra Ramos, René Francisco, and Teresita Fernández; Padura writes about Carlos Garaicoa and Los Carpinteros; and Rosa Lowinger writes about Alexandre Arrechea. The book will be published in spring 2019 by Miami-based Tra Publishing.

Pérez Monzón in London. Marking his debut in the UK—and a return to art-making after a decades-long hiatus—Gustavo Pérez Monzón: Rosa de Cancio presents a selection of new wall-hung works, plus a site-specific installation of materials suspended in space. On view through January 5 at Richard Saltoun Gallery.

Tomorrow: Holiday Shopping at CCS. Opening tomorrow evening at 6 p.m., the Center for Cuban Studies’ annual Holiday Fair is a great spot for Cuba-centric gifts. The fair is open Monday–Saturday, and also this Sunday and next, December 9 and 16. Through the end the year, the Center’s new space in Brooklyn’s Dumbo district will also host Saturday “Books ’n Brew” events, 11–6 p.m., with the ongoing sale of rare and unusual books, plus coffee and other brews. Online shopping too.

Grammy Wins. Influential pianist and band leader Chucho Valdés picked up a Lifetime Achievement Award at the 19th Latin Grammy Awards last month. Given to performers “who have made unprecedented contributions of outstanding significance to Latin music and the Latin community,” the award last went to a Cuban performer in 2015, when it was given to Pablo Milanés.