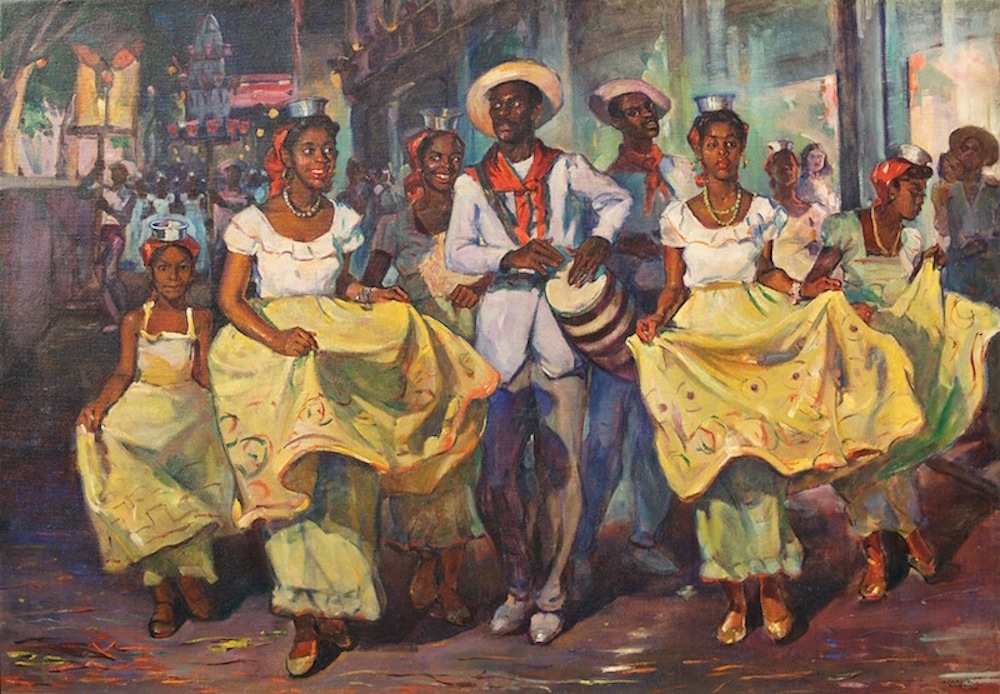 Домой Visual Arts A Life in Cuban Art, and an Award to Honor It
Facebook
Twitter
Linkedin
Email

With the aim of recognizing creative achievements and encouraging excellence in different branches of the arts, the CINTAS Foundation has done significant work in the recognition and preservation of Cuban cultural heritage.

The foundation opened its doors in 1962, with annual fellowship awards in the visual arts, architecture, musical composition and literature. In addition to the recognition and monetary award that accompanies the scholarship, winners are invited to become part of the CINTAS Fellows Collection, considered the largest collection of work by Cuban artists living outside the island.

Since the foundation’s launch, fellowships had been restricted to artists living outside the island, including Cuban-born artists and those of Cuban descent. In May 2017, prompted by the recent thaw in Cuba-US diplomatic relations, the CINTAS Foundation expanded its criteria to include Cuban artists on the island.

In addition to its traditional fellowships, in 1988, the Foundation established the CINTAS Lifetime Achievement Award. That year, it recognized the exceptional careers and accomplishments of Lydia Cabrera—the subject of a current exhibition at the Americas Society in New York—and artist Enrique Riverón. This prestigious prize, which is awarded directly by the CINTAS Foundation’s board of directors, is not given annually. Instead, it is based on the merit of its nominees’ accomplishments, and is highly selective.

In this year’s 56th edition, the CINTAS Foundation recognized the career of professor and art historian Juan A. Martínez (Havana, 1951), whose more than four decades of ceaseless work in education and research has marked generations of artists, art historians, and critics.

Specializing in European and modern Cuban art, Martínez is the author of numerous books and essays on Cuban art, based on his work in systematizing significant periods of Cuban art. His works include the well known book Cuban Art and National Identity: The Vanguardia Painters, 1927–1950 (University of Florida Press, 1994), and incisive studies of key figures in Cuban art, including Carlos Enríquez, Fidelio Ponce, María Brito, and the Miami Generation.

In the aftermath of his CINTAS award, Janet Batet spoke with Martínez about art on and beyond the island, the migratory experience, and Cuban art collecting in South Florida.

My very dear Juan—the migratory experience is a process, not without tribulations and disappointments, which also gives us a fundamentally many-sided identity. How does this multi-sided identity influence the re-evaluation of Cuban art history—that is to say, the art history of the original culture that we no longer inhabit?

My migratory experience had its tribulations, but few disappointments. In 1966 I came to a Miami that already had enough Cubans, and the climate and vegetation were very similar to Cuba. Later, studying in north Florida, I learned more about the North American world that also became part of that many-sided identity you speak of. I’ve been very comfortable in both worlds for many years now. I consider myself an American Cuban.

Perhaps at first my interest in pre-revolutionary Cuban art had something to do with “la nostalgia Miamense.” As for studying Cuban modern art from the outside, I think it has given me a certain perspective or distance, which in the best case helps with objectivity.

If you go to the houses of art collectors in Miami, the quantity and quality of modern and contemporary Cuban art is impressive. So if we put these collections together, Cuban art of the 20th century is represented in Miami as well as in any city in the world, including Havana.

In my case these collections have been of great value in my articles, catalogues, books, and curating. They have been valuable for others in this way as well. The monographs published in recent years by the Vanguardia Cubana publishing house would be very poor if they did not include works in the collections of South Florida.

From your perspective as a scholar, researcher, teacher, and curator, what joint efforts would be needed to undertake a systematic study of Cuban art in South Florida?

I think it would be important to make such a study. Today, Miami is the capital of the market and collecting modern Cuban art (1930–1960).

I am about to finish a preliminary essay on collecting Cuban art in Miami from 1980 to 2010. In itself it is a testament of my experience with that practice during those years. The text addresses characteristics, problematic issues, circulation, preservation, and descriptions of most of the most important collections. Although many no longer exist, I include them for their historical value.

You’ve not only been an insatiable researcher in Cuban art history, you’ve also been very close to the art done by Cuban Americans in South Florida, especially the Miami Generation. What role has Cuban art played in the development of the local art scene?

In Miami, we have different groups. There is the group of Cuban Americans who emerged in the 1970s and 1980s in the city. There is the Miami Generation and also the generation of the 1980s—both groups came to live here in Miami and still do their work here. Then, we have the post-2000 generation—some just passing through, but doing commercial work here.

In the specific case of the Miami Generation, regarding the Cuban element present in their art—it’s more about personal experiences growing up in Miami. Sometimes they might work with some memory, some nostalgia, some image or phrase, a historical event, and in other cases, not even that.

These artists range from Humberto Calzada, who makes many references to Cuba, to Pablo Cano, who makes them more subtly, to Fernando García, who made some pieces referring to historical cases, up to María Brito, Arturo Rodríguez and Mario Bencomo, for whom Cuban references are quite rare. The artists of that generation were trained in this country, and that’s reflected in their art.

All of this is more complicated than I can explain in this interview.

How do you see current Cuban art, on and beyond the island?

I haven’t been aware of current Cuban art since the 1990s. I liked the art of that decade very much, especially for the use of “poor” materials, and the irony and double meanings. Since then my favorite artists on the island have been José Ángel Toirac and Lázaro Saavedra. What attracts me to the art of the first is his reinterpretation of key aspects of the history of Cuba, and to the second, his sharp humor.

In Miami, I have more or less followed the art of the so-called 80s Generation—artists such as José Bedia, Rubén Torres Llorca, Glexis Novoa, Tomás Esson, and Ana Albertina Delgado, among others. I think they’ve done an excellent job in Miami.

In your estimation, what is the historical weight of the CINTAS Foundation?

For more than half a century the Cintas Foundation has been the only institution that has supported, with money and prestige, Cuban artists living outside the island. The list of winners is long—more than 300. That’s a lot to say.