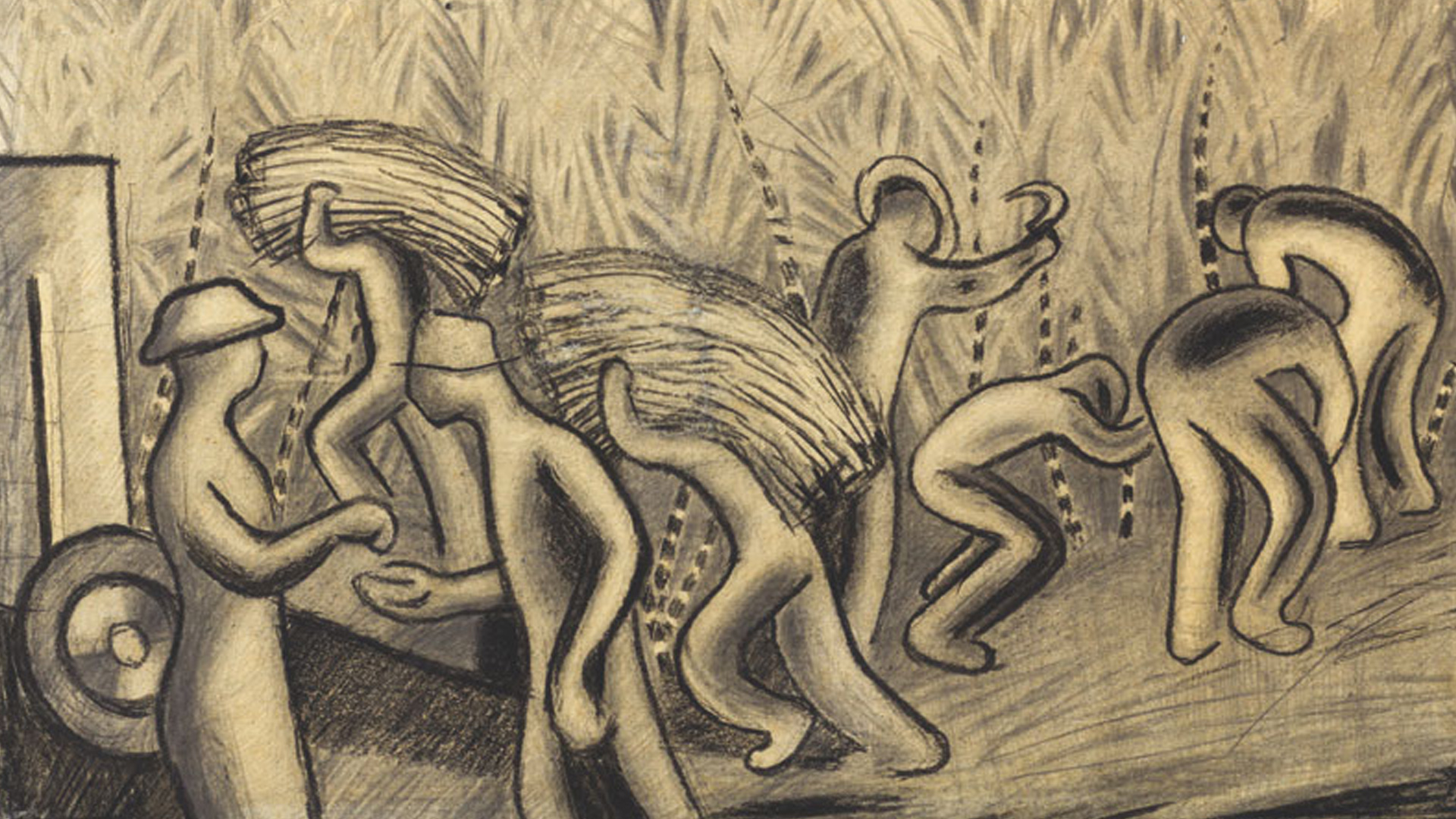 Let’s start with some basics. How many works are in the show? By which artists?

La mirada inédita (The Unpublished Look) gathers together 55 drawings, reflecting a range of different techniques, along with 32 magaine covers. Among the outstanding artists are Amelia Peláez, Carlos Enríquez, Marcelo Pogolotti, and Aristides Fernández, all exceptional draughtsmen. And then, when we talk about graphic art, we also have to highlight artists like Conrado Massaguer, as well as José Manuel Acosta and Lily del Barrio.

The covers come mostly from the magazine Social, and trace the changes taking place in Cuban graphic art in the 1920s.

So drawing and graphic art in magazines were the platforms or laboratories where the Cuban art of the 1930s was incubated?

Certainly. Graphic art and drawing are the artistic expressions that manifest—and anticipate—the essential lines of development for the visual arts in the 1920s and 1930s. They functioned as a platform that sustained the painting and sculpture of that era.

So we can say that, as in Latin America, magazines in Cuba were vehicles for bringing a new artistic vision to the general public?

Yes, definitely. Magazines like Social, Carteles, and Bohemia—to name the most important—«distributed,» on a mass scale, a new artistic vision to a public that didn’t have many other options in the so-called fine arts. These publications anticipated the modernity of Arte Nuevo, which decisively influenced the culture of the time.

Which techniques or modes of expression in fine-art drawing and magazine art influenced the artists in the show?

The advances were substantial. Developments in North American graphic art—for instance, the innovative magazineThe Masses—and in European visual arts, such as incorporating School of Paris aesthetics into graphic design, are visible influences in Cuban drawing and graphic art.

For example, José Manuel Acosta incorporates Cubism into the covers he did for Social. In 1929, he amazed everyone with his challenging contributions, which flew right past the post-Impressionist timidity of Victor Manuel’s work.

In Amelia Peláez, the assimilation of Constructivism and Cubism, as well as the striking female perspective, inform her exquisite drawings, which are undoubtedly her greatest work. We can say that together, the important graphic designers and highest-caliber draughtsmen-artists advanced the development of Cuban art by at least a decade.

This relationship between magazines and fine art—has it occurred at other moments in Cuban art history?

After the triumph of the Cuban Revolution in 1959, there was a real boom in graphic art through illustrated magazines, such as INRA (which was later named Cuba) and Revolution newspaper (and the Monday supplement, directed by Guillermo Cabrera Infante), where we can trace the development of photographic essays of real international merit.

Along with this boom in publications and contemporary graphic design we can add the vertiginous development of cultural and politically focused posters. Again, at a decisive moment in the nation’s history, the graphic arts are at the vanguard, ahead of the painting and sculpture of the period.

To your mind, which works in the exhibition best express the connection between the techniques of drawing and the new vision in Cuban art?

This relationship can be seen in the work of two essential artists, Carlos Enríquez and Amelia Peláez. In Enríquez’s case, the new vision leads him to issues of social content, such as the drawings he made against the bloody dictatorship of Gerardo Machado, linked to his exploration of the Afro-Cuban, done with a sincerity and depth he’d previously never achieved.

On the other hand, in the 1920s and 1930s some modern artists explore women as  subjects of visual experimentation. No one got as far as Amelia Peláez in conceiving new expressive ways of interpreting female morphology. Her knowledge, learned from her Russian teacher Alexandra Exter, allowed her to undertake an impressive series of drawings.

Among them are Hilandera y Costurera, in which she breaks with the conventions of representation up to that moment. This work reflects a visual concept that, in its development, is far ahead of most of her colleagues of that generation.

What exhibitions were you working on before La Mirada Inédita? What’s coming up next for you?

Before La mirada Inédita I did an interesting exhibition about the sculptor Eugenio Rodríguez (1917–1968), marking the centenary of his birth. Undoubtedly Eugenio is a great figure of modern Cuban sculpture, but he’s been relegated to oblivion. Thanks to this exhibition his works were once again presented and admired by the public.

My next project is an exhibition about the master Marcelo Pogolotti, with whom I have a great and not impossible mission: to establish him as the only vanguard artist among the first generation of modern Cuban painters before Wilfredo Lam arrived on the island.

I also want to show that Pogolotti’s thinking was always close to the island, beyond the influence of the Italian Futurists and the School of Paris—a cubanía that has at times been denied by some art critics and curators.

But what encourages me most is the preparation of a book presenting a selection of the texts that I’ve written over 35 years as a scholar and researcher in the museum. In a certain way, it’s like revisiting the work of four decades.