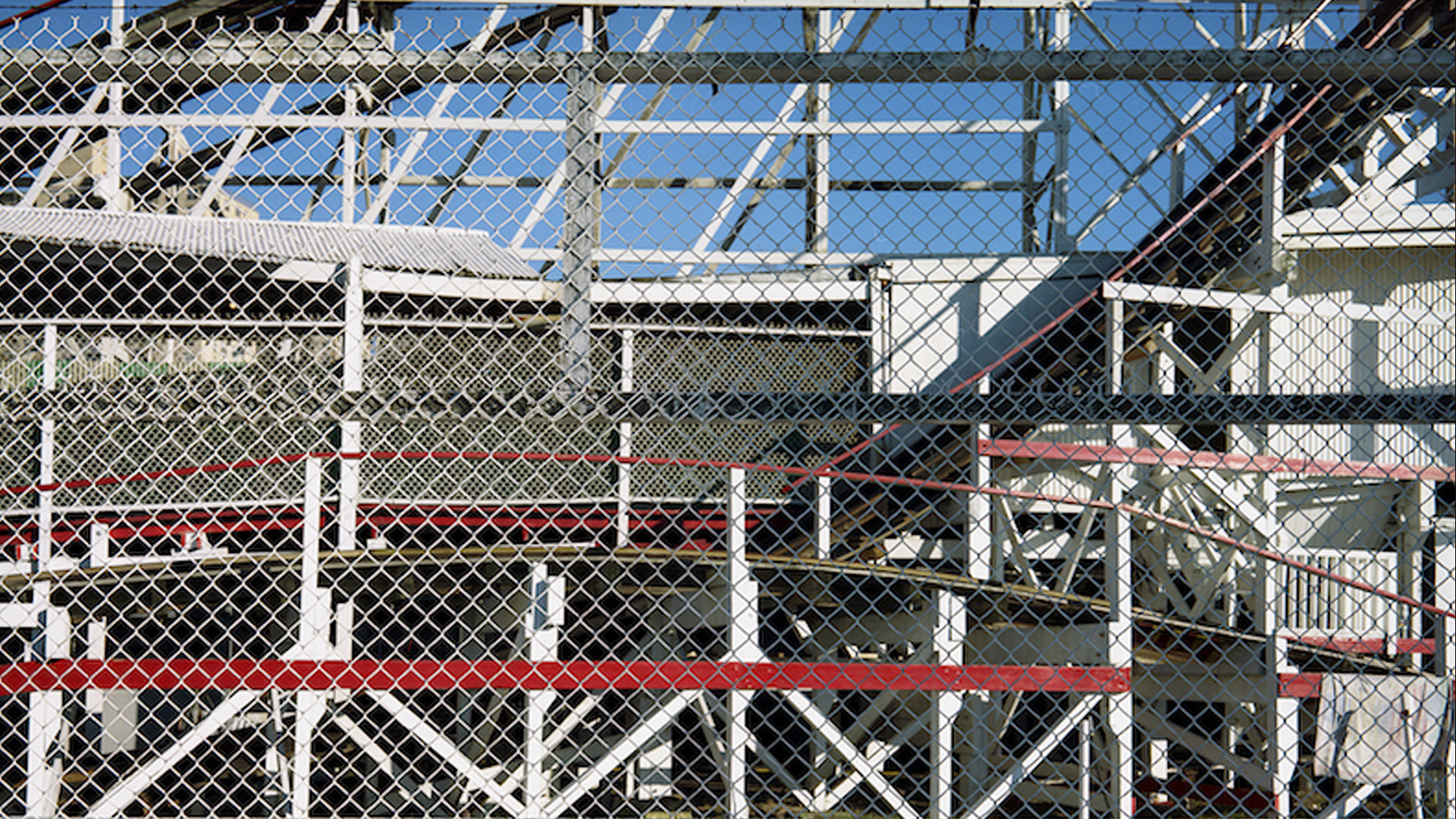 Next week, the Coral Gables Art Museum opens Between the Real and the Imagined: Abstract Art from CINTAS Fellows.

Organized by Elizabeth Cerejido—independent curator, PhD candidate in art history, and director of the Dialogues in Cuban Art program—the exhibition includes work by 27 artists, drawn from the CINTAS collection and other holdings.

Here, Cerejido previews the exhibition and talks about the thinking behind it, and what makes the CINTAS collection unique in Cuban art.

How did you decide to focus on abstraction?

It was a theme that would allow me to zero in on a limited number of works and create a framework from which to curate—especially given the time and spatial constraints under which this project has been organized.

On that note—this is not a show that aims to make a sweeping claim about abstraction in Cuban art. That is a subject that’s too broad and encompassing to address under the limitations of the show. Instead, this exhibition is more an exploration about the language of abstraction within the very specific boundaries of the work of CINTAS Fellows.

My approach was to ask the question, and then try to create a narrative or set of narratives around a group of very disparate works by artists from across different generations, aesthetic concerns, and artistic practices.

So, call it a curatorial gambit/exercise, if you will.  Many of these artists, particularly the contemporary Fellows, do not set out to create “abstract” works.

How would you describe the position of abstraction in the broader evolution of Cuban art?

Modern Cuban art from the first half of the 20th century was dominated by the two generations of painters known as the vanguardia. Broadly speaking, they embraced figuration or some form of representational language that was also fitting for their underlying nationalist purpose.

By the late 1940s and certainly into the 1950s, that visuality and function had become bankrupt. This is why an artist like Mario Carreño (a CINTAS Fellow), while part of the second generation of vanguardiapainters, began to explore the language of abstraction. Not only for its aesthetic and structural import but also as a response to the hegemony of the Cuba-centric idioms present in the vanguard generations of the 1920s and 1940s (the second of which he was a part). He can be considered a transitional figure.

That exploration led to the founding of groups such as Los Once (The Eleven) and Los Diez Pintores Concretos (The Ten Concrete Painters), who reclaimed modern Cuban art from those aesthetic concerns.

While their impact has been successfully argued in the work of recent scholars, they were short-lived. After the revolution in 1959, abstraction became equated with bourgeois tastes, among other things, which ran counter to the cultural politics of the revolution.

Contemporary art from Cuba has few examples of artists working in an abstract vein. Artists in the diaspora, however, particularly those who left Cuba as adults–Rafael Soriano, Agustin Fernandez, Baruj Salinas, etc.–continued to develop their own distinct language in abstraction. Soriano and Carreño, interestingly, abandoned the structural concerns of Concrete art in search of a more personal language. Carreño returned to figuration, albeit with a surrealist twist.

How is the CINTAS collection different from other collections of Cuban art, and what does that bring to the exhibition?

The CINTAS collection is unique on two main accounts: it is built from donations by winning Fellows, and it is the largest collection of art in the US by artists of Cuban descent.

Regarding the first point—its acquisition process, if you will—it is unique in that it is solely dependent upon the discretion of what the artist donates. This poses benefits and challenges. On the one hand, it is arguably a non-hierarchical approach to collection-building, since it is not predicated upon one single curatorial vision. On the other hand, it can be uneven in quality.

However, what’s remarkable about the process is that it’s not fixed—there is an evolutionary and reciprocal dimension to it. The more the collection and the CINTAS Foundation have gained visibility and prominence vis-à-vis exhibition projects and programs, the more the award itself has gained prestige, in turn garnering better-quality donations from the artists.

For example, artists who have become aware of the growing significance of the collection have replaced existing donations with ones that they feel are more representative of their body of work.

This evolutionary process also makes the collection unique. The works themselves narrate the history of Cuban art in the diaspora since the 1960s—a story that, again, is not fixed, since the diaspora and what is defined as Cuban art is itself in constant flux.

You mentioned time and space constraints in organizing the show. How did those challenges play out in planning the exhibition?

Unfortunately, we could not feature Teresita Fernández’s donation to the collection—an interesting and complex environmental installation—because we could not meet the installation demands of the work, due to the natural light that filters into the gallery at the Coral Gables Museum. (PAMM, the Perez Art Museum Miami, generously lent a work that is just as fitting.) The same occurred with a phenomenal multi-media work by Ernesto Oroza—we could not show it because it required a set-up we could not accommodate.

What are some of the exhibition highlights?

From the CINTAS collection itself, there are plenty: works by Agustín Fernández, Zilia Sánchez, Carmen Herrera from earlier generations; works by Gean Moreno, Leyden Rodríguez Casanova, Arturo Cuenca, and Teresita Fernández among the more contemporary artists.

The show also features works from private collections and from the artists themselves. Any interesting discoveries?

Yes, absolutely. I’m especially excited about an exquisite, rare, never-before-exhibited painting by Rafael Soriano from 1953, executed in Matanzas. Also a Carlos Alfonzo, executed shortly before he left Cuba, is a gem. It has an economy of language in the depiction of symbols that would later become characteristic in his work.

For those same reasons, a small painting made by Humberto Calzada in 1973 is an exciting discovery. It’s an early expression that signals the architectural forms that would populate his work and develop into his signature style.

The work by Baruj Salinas, from the early 1970s, has never been shown in Miami. It demonstrates the convergence of his training as an architect with his practice as a painter, and is an early example of his interest in the cosmos.

I am also particularly excited about a new work by Maria Martínez Cañas. Again, it’s one that has never been publicly exhibited, in which she explicitly and very ambitiously is dialoguing with the greats of Latin American abstraction like Rafael Soto and Carlos Cruz-Diez, among others.

Was there a key concept that you worked with as you put the show together?

It was important to make it an exhibition of CINTAS Fellows, not simply works from the collection per se.

Going outside the collection allowed me to reconnect with artists who tend to operate off the mainstream radar, despite the fact that they are actively working and exhibiting at an international level.

It also put me in more direct contact with a network of collectors who were enthusiastic about supporting this project through a willingness to lend important works.

My takeaway from this experience is the extent to which CINTAS—beyond the monetary support it offers its Fellows through its grant programs—represents a community of artists and cultural actors with a shared sense of commitment toward advancing Cuban art, no matter its place of origin.

Between the Real and the Imagined: Abstract Art from CINTAS Fellows opens with a VIP reception next Wednesday evening, August 30, 6–9 p.m. at the Coral Gables Museum, followed by a public reception on Friday evening, September 1, 6–10 p.m. The exhibition runs August 31–October 22.