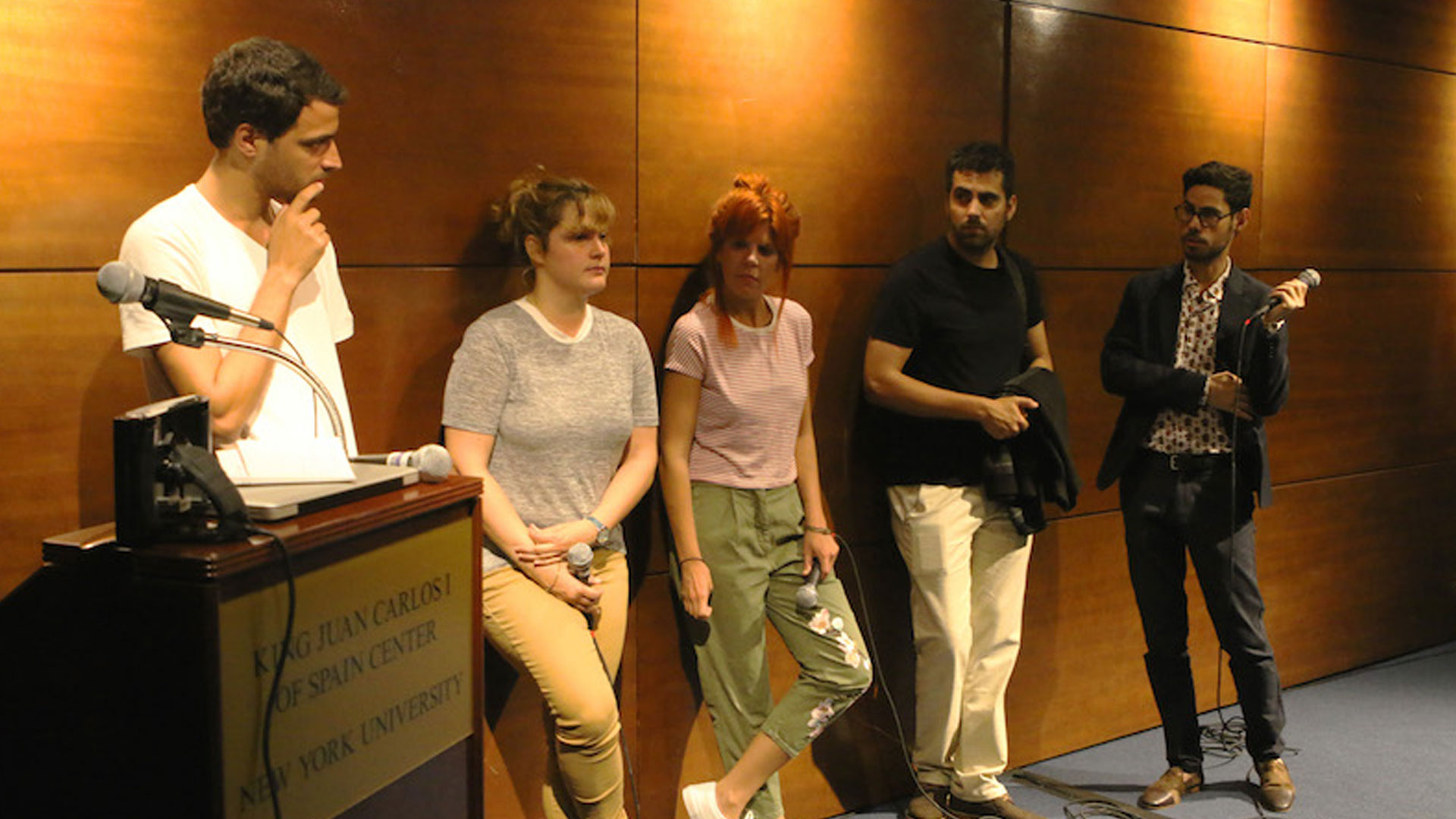 This spring, New York University hosted a panel of young filmmakers from Cuba, who brought a range of fresh perspectives on life on the island. Lidia Hernández Tapia recaps the presentation and highlights some of the notable films.

Twenty or 30 years from now, when the history of Cuba’s recent decades is written, it will be impossible to find certain stories in newspapers, magazines, and television newscasts: testimonies of gays who gather in the ruins of a military fortress, a 12-year-old mother in the Sierra Maestra mountains, a conversation between a man on the island and his family living abroad, via wifi in a public park. At that moment, when these memories need to be reinscribed, documentaries made by independent filmmakers could save us, as a nation, from forgetting.

A program of six short films made between 2013 and 2016 was recently presented at the Juan Carlos I of Spain Center at New York University, as part of the panel “Cuban Lens: Contemporary Cinema and Emerging Filmmakers.” The event brought several of the filmmakers to New York to present their views and exchange ideas with the audience.

An event like this is, among other things, a reward and recognition for young people who insist on making films, no matter how adverse the conditions.

It also allowed a new generation of Cuban filmmakers to show work not yet well-known in the United States. The program “permits the two countries to become closer through visions and stories of Cuba different from those that usually come to New York—filmmakers with an unprejudiced vision, different from what Cuban cinema usually shows about the country and its identity,” said Jesús Hernández, director of the New York-based production company Bach Media, which curated the show and coordinated the event.

“Cuban Lens” was produced after a year of talks sponsored by the New York University (NYU) Juan Carlos I Center, as part of the Sawyer Cuban Futures Beyond the Market Seminar funded by the Andrew W. Mellon Foundation.

The films were made by graduates and current students of the San Antonio de los Baños International School of Cinema and Television (EICTV), in workshops or as post-grad exercises. Several have been shown in important festivals worldwide, like Limbo at Documenta Madrid, and Conectifai (Connection, 2016) at Sundance and the Miami Film Festival.

Conectifai director Zoe García commented on the process of realizing her work. She was eager to document a social phenomenon—the transformation of public spaces so that people could connect to the wifi network—before its imminent demise. Contrary to her expectations, a year later the landscape has not changed much. Despite the apparent haste with which it was shot, people enjoy Conectifai. It has a certain poetry, a sense of the filmmaker consciously working against time. Technical finesse is on some levels sacrificed, but the inherent interest of the topic compensates for its flaws.

Here, a short trailer for Conectifai.

Abecé (2013), by Diana Montero, was one of the works that most captivated the NYU audience. It is the story of Leoneidi, a 12 year-old-girl who gave birth to a child. The event changed her life, dividing her between the roles of wife and mother and the playfulness appropriate to her young age. The work resulted from a class exercise at EICTV: the filmmaker spent 40 days in the Sierra Maestra, tasked with finding a story to produce as a film, within one week.

Abecé is the story of a woman who is further improved by the fact of being “pieced together” (hilvanada) by another woman, in this case Diana Montero. The director interviewed the girl, but is heard only when she asks the questions. Her tone should be neutral enough not to elicit certain responses, and at the same time not intimidate the girl.

With the decision to include her own questions, Montero opens the door to her own story about her trip to that remote place, where she surely would have not gone had it not been for her film assignment. We understand that the story is not only about the girl herself but the contrast between two different worlds and fates. It seems at times as if Montero is searching  for answers about herself, or what her life would have been like under those circumstances.

In Batería (Battery, 2016), another work in the program, Damián Sáinz constructs a story about a place in Havana where gay men go cruising for sexual encounters. The film reveals the lack of private spaces where homosexuals can meet, and the need to hide their sexual orientation. It’s a tough film that throws uncomfortable truths on screen, such as the persistence of taboos and the marginalization that homosexuals still suffer in Cuba. None of the subjects appear on camera, only their voices—before requesting that their identities remain hidden.

The story takes up the challenge of turning the place—the ruins where they meet—into a character. The camera takes in the deteriorated walls, the vegetation that overruns them, the the broken windows. The messages written on walls bring to mind cave paintings—as if ot question how much civilization exists a few kilometers beyond the center of Havana.

Here, a short trailer for Batería.