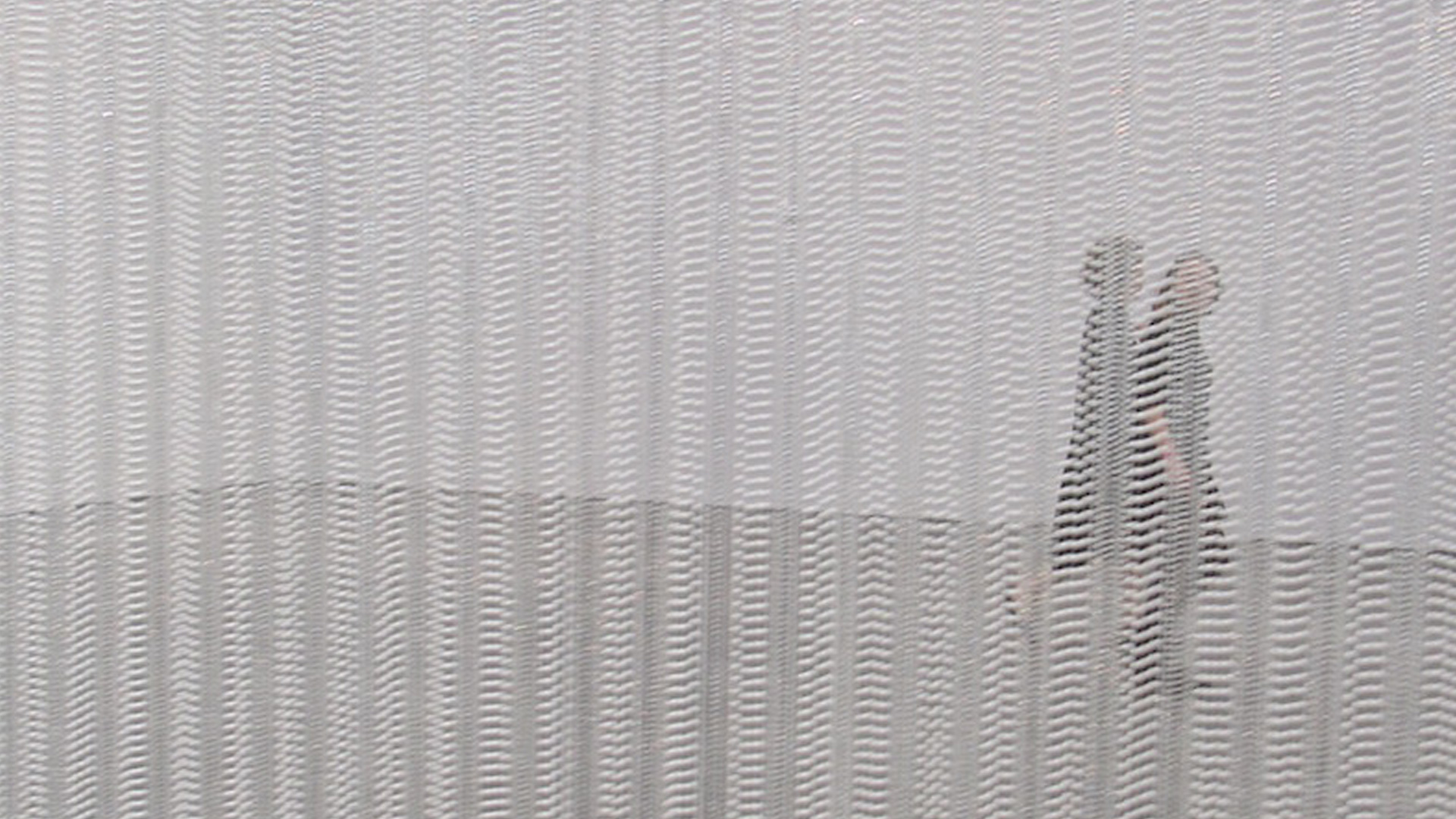 While Carmen Herrera’s show opens this evening, last Thursday a show of work by her friend Felix Gonzalez-Torres (1957–1996) opened just a few blocks away. That morning, longtime gallerist Andrea Rosen, a close friend of Gonzalez-Torres and executor of his estate, guided visitors through the new exhibition at David Zwirner gallery.

The show draws from many bodies of work spanning his career—photography, billboards, videos, light strands, and curtains, among others. Installed in spaces ranging from large and open to small and intimate, the works interact with and animate their settings.

Like all of the artist’s stack pieces and candy spills, visitors are invited to take one. When depleted, the works are replenished.

“He once said, the important idea is, how do you reinvent—how do you reactivate—a space?” explained Rosen. “How do you use space in ways that are subtly subversive, or subtly altering?”

In 1990, when Rosen opened her gallery with a show of the stack pieces, “it was really shocking to have works that could be taken away.”

Gallery visitors then passed through “Untitled” (Chemo), 1991, a floor-to-ceiling beaded curtain that spanned the width of the space, activating it in a different way.

Filling the far wall is “Untitled”, 1995, a public-art billboard that is also appearing on advertising billboards in all five boroughs of New York.

Works in the next room include “Untitled” (Placebo-Landscape for Roni), 1993, an endless supply of gold-wrapped candies running the length of the space.

Also on view in this room: “Untitled” (Perfect Lovers), 1987–1990. “On a technical level,” said Rosen, “the clocks are allowed to fall out of sync, as life does. And they are already out of sync to some degree.” As soon as one stops, the batteries must be replaced and the clock reset to the same time as the other.

“It’s about inevitability, but it’s also about continuation,” Rosen said.

In the gallery stairwell, three separate light strings from 1992 and 1993 are joined together in one expansive work that ends in a coil of lights on the ground floor.

A light string, she said, “can never be shown with light bulbs burnt out. Those are some of the intrinsic rules of the work.”

A small, intimate space on the second floor holds two works: the sheer blue floor-length curtains of “Untitled” (Loverboy), 1989, and “Untitled” (Go-Go Dancing Platform), 1991. As part of this work, a male go-go dancer performs once a day for 15 minutes, unannounced, at a time of his own choosing. “They dance only for themselves,” said Rosen, adding that “the stage is activated with or without a dancer. Absence is as important as presence.”

Other works in the second-floor galleries include a colorful candy spill, a second beaded curtain, and another, slightly different installation of “Untitled” (Loverboy).

On a wall near the stairwell is a drawing from the Bloodwork series, “Untitled” (Bloodwork – Steady Decline), 1994, which quietly acknowledges Gonzalez-Torres’s battle with AIDS, from which he died two years later.

Rosen noted that the Bloodwork pieces are “the only body of work that Felix made by hand.” But it’s inaccurate, she said, “to assume that these works were actually made from real [bloodwork] charts. They’re not.”

Even so, she pointed out that, with its medical implications, the single diagonal line “subverts this from an abstract object to a non-abstract object.”

In closing, Rosen said that as the show prepared to open, one of her strongest realizations was how Gonzalez-Torres’s art “continuously works. Whatever those rules were that Felix set out, whatever those boundaries were, the work maintains its ability to continue to evolve and sustain its core.”