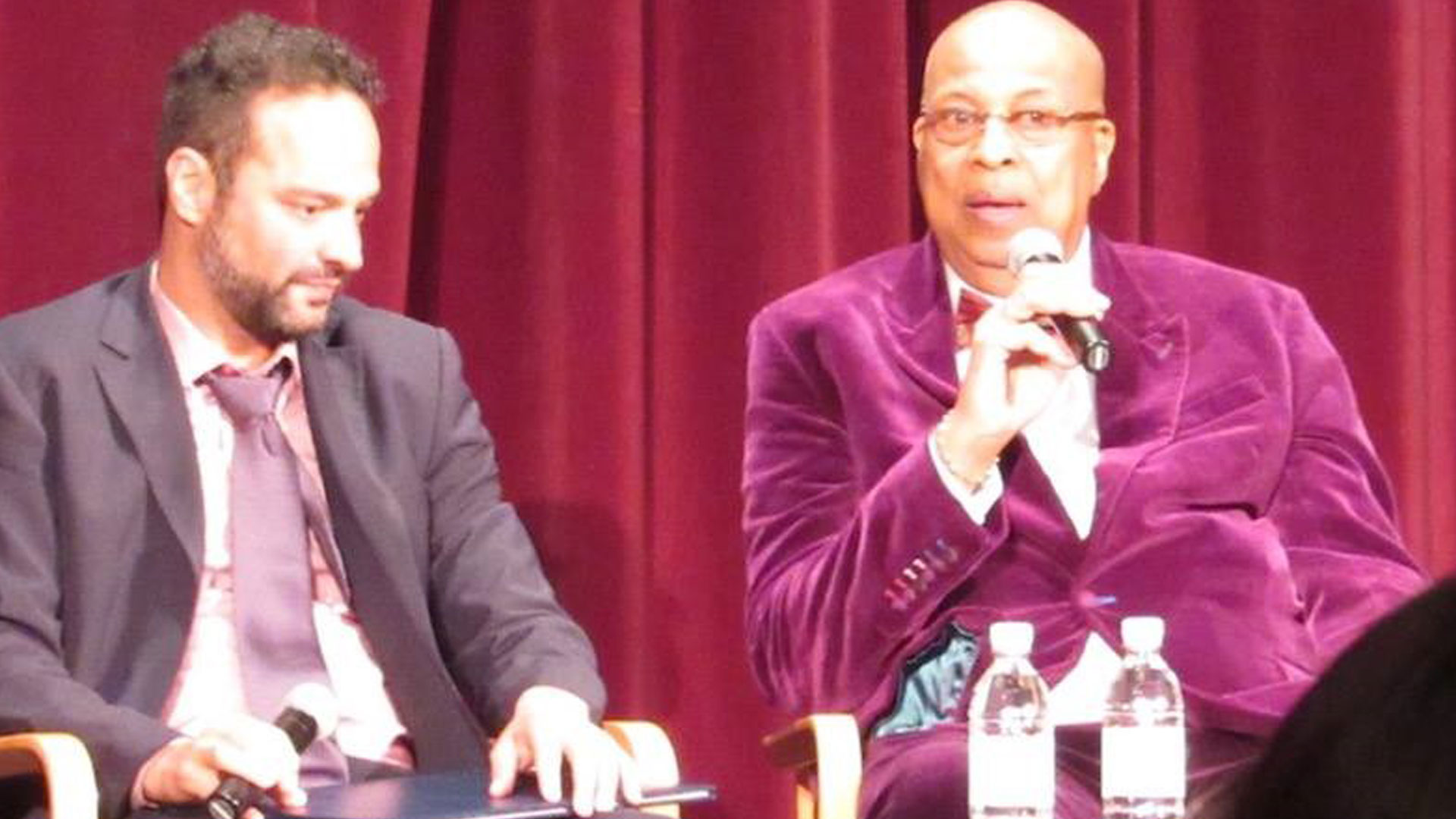 The 18th Havana Film Festival New York wrapped up on Friday with the announcement of the Havana Star Prizes and the premiere of Canadian director Ron Chapman’s music documentary, The Forbidden Shore.

The Havana Star for Best Feature was awarded to Ultimos días en La Habana, by veteran Cuban director Fernando Pérez, while the Best Actor award went to the film’s co-star, Jorge Martínez. Ultimos días is a story of friendship and longing. Diego (played by Martínez) shares his apartment with his childhood friend, Miguel (Patricio Wood). Bedridden and dying of AIDS, Diego retains his ironic sense of humor and zest for life, which he enjoyed to the fullest, in spite of being rejected by his family for his homosexuality.

But it is the character of Miguel (Patricio Wood) who dominates the screen. Taciturn and introverted, Miguel dreams of emigrating to the US, while he follows a daily grind of working as a dishwasher in a restaurant, caring for his ailing roommate, teaching himself English, and learning to swim. A colorful cast of characters populates the film: quarreling neighbors, a young male prostitute,  Diego’s visiting aunts, who covet his apartment and treat Miguel with disdain, and his spirited, pregnant 15-year-old niece, Yusisleydis (Gabriela Ramos).

During the after-screening discussion, actor Patricio Wood said that at first he didn’t know how to approach the role of Miguel: here is a character who is on screen for most of the film, yet scarcely speaks. Wood does a superb job of wordlessly conveying the interior life of this sensitive, thwarted soul, who pursues his own dream while faithfully carrying out the last wishes of his dying friend.

Cuba has a wealth of talented, versatile actors. The Havana Star for Best Actress went to Isabel Santos, costar of the two-person drama, Ya ne es antes (Not Like Before), directed by Lester Hamlet and based on the stage play, Weekend in Bahía, by Alberto Pedro. Santos and Luis Alberto García play former lovers who meet again after 40 years of separation. As a teenager, she emigrated to the U.S. with her mother, while he remained on the island with his.

As in many Cuban films, the shadow of emigration and the resulting disruption of families and friendships colors the story. Now middle-aged, having lived separate lives for decades, do these two still have anything in common? Both have experienced losses and disappointments, although much of her story is left for the viewer to intuit.

Santos received the script only six days before shooting began, when another actress dropped out—ironically because of “immigration problems.” Consummate trouper that she is, Santos stepped into the role on short notice, and gives a memorable performance as a somewhat unbalanced woman unsure of what the future holds in a changing world.

Another Cuban film that was well-received by festival audiences was El Techo (On the Roof). A debut feature by Patricia Ramos, El Techo follows three aimless young people who spend their days hanging out on the rooftop of their building. Yasmani (Enmanuel Galbán) tends his pigeons and tries to persuade his father to get up and out; the pregnant Anita (Andrea Doimeadiós) buys second-hand baby clothes and wonders who is the father of her child; and Vito (Jonhatan Navarro), an Afrocuban whose grandmother once told him he was from a Sicilian family, dreams of going to Italy to discover his “roots.”

One day, they decide to pool their limited resources and open a pizzeria on the roof. The enterprise gets off to a promising start, but they soon realize that most of their customers are buying with promises to pay later, and things start to fall apart. Meanwhile Yasmani and Anita fall in love, and Vito meets an Italian tourist who offers to arrange for him to travel to Italy.

In the Q&A after the screening, Ramos pointed out that rooftops are an important aspect of Havana life, and that people really do send buckets up and down with notes and goods, as they do in the film. A number of small enterprises have emerged on the roofs of Havana, she said, and she noted that now there is an actual pizzeria on the rooftop where her film was shot.

Music films are always popular with HFFNY audiences, and this year Chucho Valdés was a towering figure throughout the festival. He composed the score for the opening night feature, Esteban, directed by Jonal Cosculluela  During the Q&A, Chucho said when he received the script, he was touched by this story of a 9-year-old boy who determines to become a pianist. The boy persists in following his dream, in spite of the opposition of his single mother, who is struggling to get by.

Chucho explained that much of the score was composed to correlate with filmed sequences, rather than the usual technique of the image being edited to the score. He also explained that he composed the score on a piano that had belonged to his father, celebrated Cuban musician Bebo Valdés.

Chucho appears on camera in Playing Lecuona (Spain-Colombia), an award-winning documentary by Pavel Giroud and JuanMa Villar, which features extended sequences of three world-famous pianists paying tribute to Cuban composer Ernesto Lecuona (1895–1963): Chucho, Michel Camilo, Gonzalo Rubalcaba. This film was a huge hit with the festival audiences, who applauded enthusiastically after each filmed performance, as if the musicians were in the room with them.

In that film, Chucho tells the story of looking to buy a piano, finding one with a particular sound that pleased him, then discovering that this piano had been owned by his father, Bebo Valdés. On camera, he points out the spot on the piano where Bebo had signed his name.

Chucho also makes a brief appearance in the closing night film, Canadian director Ron Chapman’s omnibus documentary, The Forbidden Shore. Chapman and his crew traveled throughout the island and recorded over 60 groups of musicians of all genres, some 40 of which appear in the film. In interviews, the musicians express their frustration at not having access to international music markets due to travel and other restrictions. With this wealth of recorded material, Chapman hopes to release a series of shorter music documentaries or CDs.

Director Enrique (Kiki) Álvarez was present for the New York premiere of his latest film, Sharing Stella, a semi-autobiographical work ostensibly about a director interviewing actors for a theater production of Tennessee Williams’s A Streetcar Named Desire. Ultimately, the film is more about desire than about producing a play, as the young actors interview each other, discuss their sex lives, and ponder the implications of renewed diplomatic ties between the US and Cuba, which was announced during their auditions.

When asked, Álvarez stated that there was, in fact, no plan to produce the play; it was a device for the film, a hook to talk about desire. Streetcar has not been produced in Cuba in 20 years.

That film was preceded by a short fiction film, Con sana alegría, a promising directorial debut by Claudia Muñiz, one of the actors in Sharing Stella.

This year’s festival included a tribute to pioneering Cuban animator Juan Padrón, whose Vampiros en La Habana (1985) was the island’s first animated feature for adult audiences. The film was made with the classic cel-animation technique, and in a post-screening Q&A, Padrón noted that it required 290,000 separate drawings, all hand-done by a very small animation team. He himself made 10,000 of them. “I was younger then,” he commented through a translator.

The Cuban film Santa y Andrés (2016) was taken out of competition for the Havana Star Prize, a move that generated controversy and protests. The film was withdrawn from the festival entirely by its director, Carlos Lechuga.