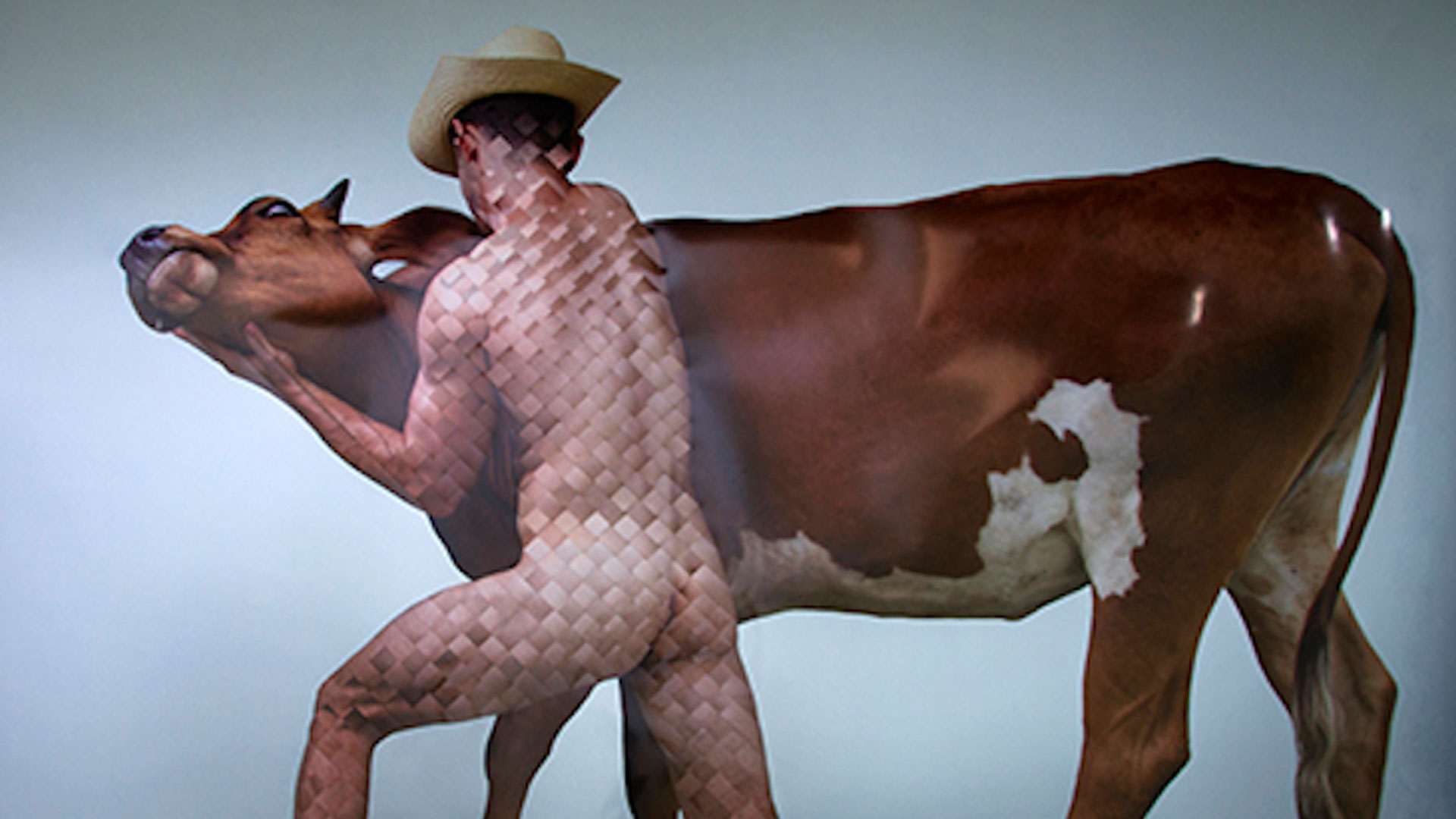 New attitudes, subtle and sarcastic messages, tantalizing perspectives, and penetrating scenarios innundate the production of younger photographers in the contemporary Cuban art scene. Among them are five whose work presents a renewed emphasis on the subject as a central theme, both in and for contemporary society.

Arien Chang (Havana, 1979) is a prominent practitioner in the field of Cuban photography. Focusing at first on painting, Chang ultimately found photography to be the ideal medium for expressing and documenting the many conflicting scenarios in Cuban life. Initially self-taught, he studied photography at the Teatro América under Professor Tito Meriño, graduating in 2002.

Chang is interested in a type of documentary photography that explicitly presents the challenging circumstances faced by contemporary subjects. His work focuses on an underground segment of Cuban society, which mutates constantly based on what it takes to survive. He explores areas of Cuban society that are widely rejected, and does it in a straightforward way, without window-dressing or oblique references.

Many of his photographs are challenges that look to activate our awareness of these conditions, and to create a socio-archaeological record of an authentic aspect of Cuban society. For Chang, photography isn’t simply a technique for effective documentation, but a way to encounter certain social sectors and procedures as well as marginalized social, mental, and verbal behaviors in our everyday world.

Alfredo Sarabia, Jr. (Havana, 1986) was named for his father, a noted Cuban photographer of the 1980s. Following in the senior Sarabia’s footsteps, yet with his own distinctive approach, Sarabia has been among the strongest young photographers in recent years. Coming from a family of artists and being immersed in the world of Cuban photography at an early age, Sarabia also trained at San Alejandro Academy of Fine Arts, where he graduated in 2006, and the Instituto Superior de Arte (ISA), where he graduated in 2012.

Sarabia opted for the photo essay as his expressive platform, and gravitates to an imagery that blends metaphor and document, construction and reality. His work suggests an experiential reality that is open to interpretation, and succeptible to subversion and transformation in the psyche of the viewer.

Sarabia doesn’t sugar-coat his photos. Rather, he finds objects that are somehow linked and uses them as the nucleus of a constructed reality. Fragments of daily life, moods, and mental processes flit through his work, which is characterized by a poetic, allegorical tone that does not detract from the important themes of his work. Even though parental influence is implicit in his trajectory, Sarabia has achieved his own outstanding work from the position of a critical social documentarian.

Jorge Otero (Havana, 1982) graduated from the San Alejandro Academy of Fine Arts and ISA in 2001 and 2008 respectively. He is interested in interpreting the body through photographic techniques. For him, the body and its varied representations are a strategy for questioning and arguing about certain issues related to the individual in society.

To Otero, the body is both concept and material, a malleable object that he manipulates and projects to reflect the message he is conveying. He chooses to focus on strong social and sexual issues without attacking, prosecuting or imposing his opinion. He carefully constructs bodies as mirrors of self-recognition for some, and as provocative insights for all.

Rodney Batista (Havana, 1988) graduated in 2007 from the San Alejandro Academy of Fine Arts and is currently studying at ISA. He was drawn to photography as both technique and expressive discourse. He is interested in the representation of subjects who have reached another state of existence: death. He explores the possibilities of the cadaver as art, arranged and reworked from the terrain of art history. He offers these bodies the possibility of a new existence through images perpetuated by the camera.

For Batista, the image is evidence of a congenital mutation of humanity—an attempt to prescribe an inherent process that ultimately becomes an unconscious recycling of personal and collective memories. He stands in a cathartic relation to these bodies—naked, fragmented—to invite the senses to work together in a group conspiracy. His work expresses a desire to converse with limits and desires and morbidity. His work encourages the viewer to reflect on the condition of being alive, by the suggestive projection of death.

Yanahara Mauri (Havana, 1984) graduated in Art History from the Faculty of Arts and Letters of the University of Havana in 2008. She is interested in issues of gender and social behavior, and her work reflects the homosexual and heterosexual postures assumed by her subjects. While her work is not self-referential, she focuses on the body as a primary locus of personal and collective issues.

Mauri opts for a highly expressive photography, with scenographic elements of striking visual impact. She manipulates the body deliberately, without softening or trivializing her theme, and touches on tender spots and sensitive issues that are shaping a part of the Cuban community.

She offers different points of view on issues of feminism, sexuality, and eroticism, without attempting to impose her views. Her visual approach might be raw, but she also leaves open the possibility of other interpretations. In this sense, she explicitly attempts to blur the boundaries between what is defined as illness and accepted as normal in Cuban society today. Mauri takes a defiant position.

Undoubtedly, photography is a resonant resource for many artists in these times. The sociological and cultural record is an efficient platform for expressing concerns and proposing solutions or different ways of interpreting the evolution of Cuban contemporary life. All six of these artists take a strongly provocative approach to their image-making, and their mastery of composition and technique are reflected in their work.