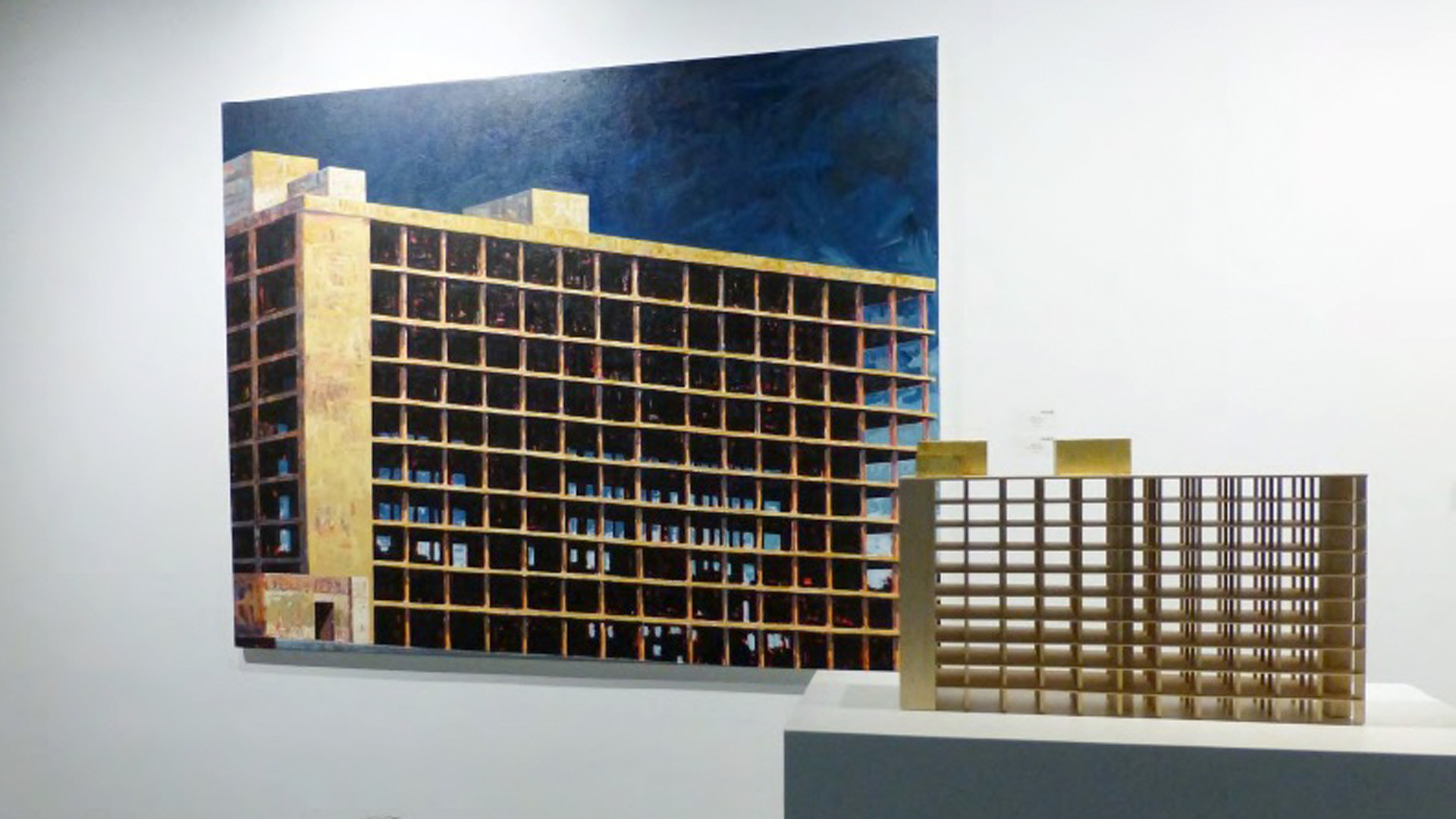 Cuban Art News readers may recall Alejandro Machado Font as the curator of the 2014 exhibition La utilidad de la Historia (The Utility of History), or the 2012 show Las metáforas del cambio (Metaphors of Change), both presented at Factoría Habana in Havana.

And visitors to the 12th Bienal de La Habana might remember El péndulo de Foucault, Machado’s exhibition in the Zona Franca section, which earned him the 2015 National Curator’s Prize for Group Exhibition.

Now, Machado has assumed the role of curator for the Annex, the Pan American Art Projects space for special projects in Miami’s Little River district.

For the past month, the Annex has been home to Machado’s exhibition The Study: From Creative Subjectivity to Artwork. Closing this Saturday, October 15, the show features work by 11 artists or collaborative groups, from the vanguardia through the 1960s to the present.

The show is intended to reflect on the changing role of the artist’s study in the creative process, and the increasing influence of the art market in this dynamic.

“These evolving processes, totally natural and necessary, have blurred the boundaries between ‘study’ and ‘artwork,’ Machado wrote, “consequently changing the role and intent of an artist’s study. At times the roles are reversed and a ‘study’ can hold more value and importance than the ‘finished piece’ that arises from it.”

Here, we take a quick look at some of the show’s explorations, with pairings of two or more works by artists who explore the same or similar themes across works in different mediums. In the process, they use the study in traditional and nontraditional ways.

In this pairing, Machado points out the relationship between Antonia Eiríz’s “monsters” and her limited series of papier maché works—and that the four papier maché busts in the gallery’s collection correspond to four figures in the Cuban Revolution. “In this particular case,” he wrote, “there are obvious traces in this bust that relate to the work on paper.”

In these two works by Abel Barroso, the sculpture on the table, made in 2010, serves as an informal “study” for the 2012 wall work hanging nearby.

“An interesting note to add in the case of Gustavo Acosta is the fact that the use of three-dimensional objects is very rare in his work,” read the notes to this pairing. “But when he decided to create this sculpture, he used his own canvas as a study. This serves to validate our thesis of the use of a completed work as a study in place of a traditional interpretation of what a study is.”

The first small gallery in the Annex “is dedicated to Agustín Cárdenas and shows a series of four studies, finished and signed by the artist, thus transforming them into independent works. We also include a sculpture by the artist that is aesthetically very similar to some of the studies.”

Two works made by Kcho in 2012 reflect the treatment of a single theme in two and three dimensions, with the titles—Shark and Proyecto para la peor (Project for the worst)—offering different interpretations.

Two works from 2004 by José Eduardo Benito offer a similar change of interpretation in the shift from two dimensions to three.

In reflecting on the works shown in the image at the top of the article Vanitas Vanitatum and Vanidades, both made in 2013 by José Toirac and Meira Marrero, Machado wrote: “Here we are in the presence of an investigative process in which the artists are essentially nurtured by material in the public domain. We must point out that the design of the cover of an issue of the magazine Vanidades—an issue published in Cuba before 1959—served as the study for the painting, and the painting in turn served as the study for the sculpture.”

The Study: From Creative Subjectivity to Artwork runs through this Saturday, October 15, at the PAAP Annex, Miami.