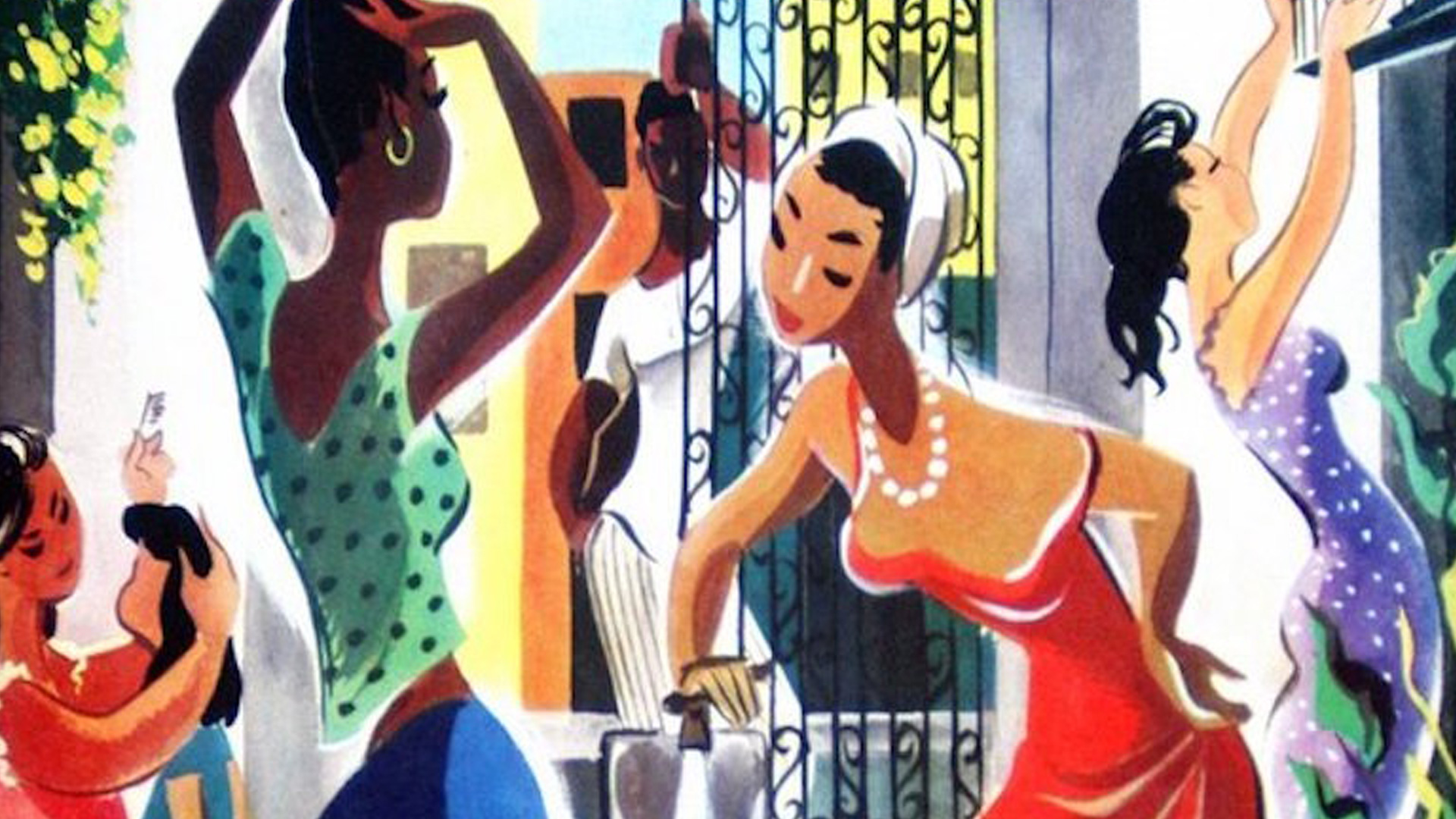 In 1932 Alfredo T. Quílez, director of the popular weekly magazine Carteles, assigned a cover design to a very young, unknown painter. What motivated Quílez is not known, nor how he managed to contact Andrés García Benítez, an adolescent artist from the eastern city of Holguín.

The story doesn’t mention this, but it’s worth noting that at the time, Andrés was all of 16 years old, had had no academic training whatsoever, and was utterly unknown in the Havana art world. This commission from Quílez marked the beginning of a long and extensive career by an artist gifted with an original and wide-ranging talent.

The covers and other work he did for this prestigious publication were García Benítez’s best letters of introduction to the Havana art world of the 1930s—so much so that when anyone wanted to identify him and his work more precisely, it was enough to say “Andrés, el de Carteles”—“Andrés from Carteles”—and everyone got it.

When he began his professional life as the magazine’s official designer in August 1936, little did García Benítez imagine that his work would, with the passage of the years, constitute the second great moment of Cuban folklore in graphic art, preceded only by Victor Patricio Landaluce’s work in the 19th century.

The Carteles covers and other work he did for the magazine are an extraordinary monument to Cuban identity, la cubanidad. They are documents of inestimable value—the testimony of a man in love with his country and more specifically its capital, which gathered together all the nuances of Cuba’s social reality between 1936 and 1961.

The quality of these intensely national prints, their formal mastery, originality, and unique grace gained the admiration and affection of García Benítez’s contemporaries. Today, they are the best known of his works, and alone would be enough to justify his inclusion in 20th-century Cuban art history.

But reducing his artistic output to Carteles means omitting other areas in which his art left a lasting impression. From June 1942, when he created the set for the play La comedia de la felicidad de Evreinoff—commissioned by Luis Martínez Allende, director of the board for the Theater Group—García Benítez became, according to  journalist Arturo Ramirez , a «showman.»

So important was this work in the context of performing arts, and so rewarding and absorbing for him, that it almost edged out his other creative demands, including the work for Carteles.

Since childhood, García Benítez was a lover of the performing arts—a passion passed down by his father, Don Saturnino Garcia Zaballa, himself a big fan of the theater, opera, and zarzuela. For the theater, García Benítez made memorable costumes and set designs, with many winning the most important awards at the time.

We recall his work on such pproductions as Doña Rosita La Soltera and La Zapatera Prodigiosa, both by Federico García Lorca, Electra Garrigó by Virgilio Piñera, and Romeo y Julieta by Shakespeare. In the field of dance and ballet it´s worth remembering his collaboration with maestro Ramiro Guerra in his pieces Havana 1830, El Milagro de Anaquillé and Liborio y la esperanza, and his brief but brilliant work with the Alicia Alonso Ballet, starting in 1948.

With equal success he worked for the nightclub stage and cabaret. Dazzling productions for the Tropicana, the Parisien, and the Capri are still remembered, as well as special costumes for figures from the world of music and drama, including Esther Borja, Elena Burke, Mercedita Valdés and master Luis Carbonell, whose characterization, as a watercolorist of Antillean poetry, was conceived by García Benítez in 1956.

It would be too much to review other areas of his creative output, such as his commercial advertising, caricatures, and humor in general, the design of carnival floats, organizing exclusive masquerade dances for the Havana elite, his courses on costume history, his fashion illustration for specialized magazines, and even his autobiographical journalism, which he did during his years in San Juan, Puerto Rico, from 1967 on.

To commemorate Andrés Gárcia Benítez as he should be celebrated on the centenary of his birth, the Holguín Art Center has organized a small but comprehensive show of his art and life, drawn from the collection and archives of the La Periquera Provincial Museum and the artist’s family, as well as from private collections, such as the collection of painter and critic Antonio J. Molina, a personal friend and a scholar of García Benítez’s work in San Juan, which are being shown for the first time in Cuba.

Given the variety and richness of his art, it is easy to imagine García Benítez as a tireless creative machine, an artist possessed of a powerful and inexhaustible talent that continues to delight, astonish, and seduce us after 100 years.