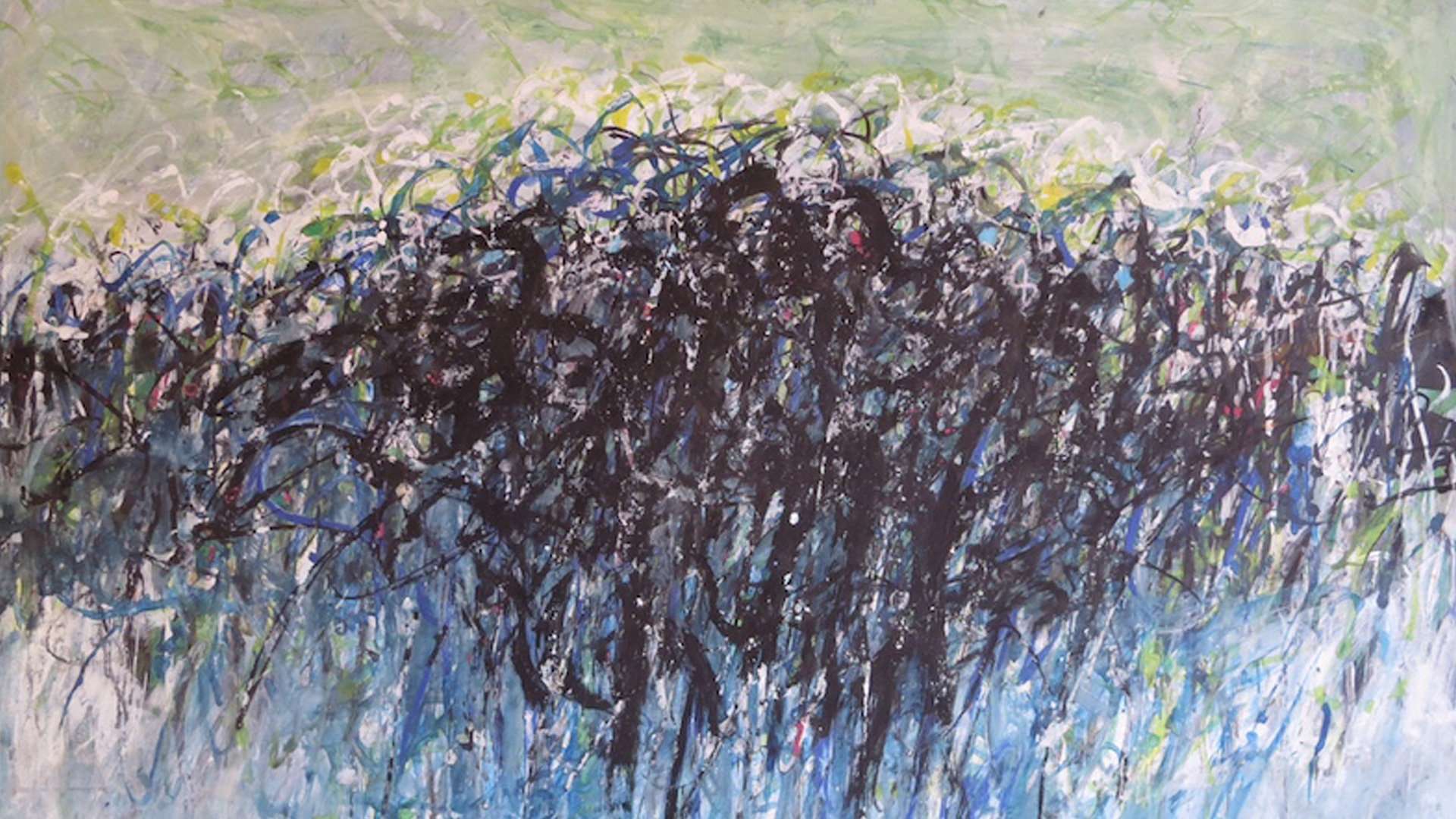 Домой For Collectors In Conversation: Sandra Levinson, a Pioneer of Cuban Art in the US
Facebook
Twitter
Linkedin
Email

Sandra Levinson is a true pioneer of contemporary Cuban art. She has never wanted to do an interview such as the one I conducted with her on a beautiful day in June—it took almost three years for us to agree on the time and place. It’s a fascinating story, and only part of it can be written. Hopefully Sandra will write a book about her experiences. Meanwhile, here’s an edited version of our afternoon’s conversation.

Sandra, when and why did you first go to Cuba?

I had wanted to see Cuba since 1959. I was the biggest rebel in Mason City, Iowa! and went to school in Manchester, England on a Fulbright fellowship.

In 1969, I was working in New York City as a reporter for Ramparts, a leftist magazine, and teaching political science full-time at City College. Journalists Peter Jennings, Saul Landau, and I were invited by the Cuban government to visit the island. [That year, Castro had called for La Zafra de los Diez Millones, the ten million–ton sugar harvest.]

On the fifth day of our trip—a day I will never forget, July 9, 1969—the three of us were taken in a truck to be shown a cane field. We left the bus and sitting on a pile of cane was Fidel Castro.

None of us knew how to cut sugar cane. Fidel taught me how to use a machete. During the cutting, I was injured by one of the other journalists and to my amazement Fidel drove me to the hospital. I wound up having two spinal surgeries because of this injury. Fidel felt bad that he pushed us to cut the cane without real training.

In the years that followed, I brought a lot of famous people to Cuba—Jack Nicholson and Gregory Peck, Norman Mailer, and Harry Belafonte… so many. They all wanted to meet Fidel. And Fidel was a gracious listener.

How did you get involved with Cuban art?

In 1969 and 1970, I met and became great friends with Raúl Martínez and Manuel Mendive. I met their good friends, who were also artists.

How did artists sell their art in those days?

They didn’t. Art was not a commercial product back then—there was no Cuban art market at that time. They gave artworks to their friends.

Were he not homosexual, Raúl Martínez would have been teaching at ISA. Instead, he was designing book covers for the Instituto Cubano del Libro (Cuban Book Institute). Other artists called Martínez el maestro, and ISA students like Choco and Nelson Domínguez hung around him at his house, just to learn from him.

What made you fall in love with Cuban art?

I never studied art—Cuba itself awakened my interest. I first started collecting posters that dealt with the artistic manifestation of the Revolution. My first poster was for a dance event in 1968—it was done in an Art Deco style. I tore posters off the walls in Havana.

There were no galleries in Cuba then.

When did you open the Center for Cuban Studies? How did that come about?

In 1972, [photojournalist] Lee Lockwood and Saul Landau had an idea to open a research center. They asked me to be the director for one year. I accepted. The Center for Cuban Studies opened that year in New York City as a nonprofit, tax-exempt educational institution, dedicated to providing information on contemporary Cuba and contributing to the normalization of relations between Cuba and the US.

You have to remember that in 1972, you couldn’t get permission to go to Cuba. Anyone could go legally if invited by the Cuban government, based on the assumption that they would spend no money while there. Well-known activists like Abbie Hoffman and Tom Hayden were invited early on. When I was invited in 1969 I considered it an honor to be included as one of the many activists invited before me.

Cubans gifted us with books on the Revolution, to teach us about it and about Cuba. They were happy to know that we would use them at the Center.

The Center for Cuban Studies turned into a library. We brought all the posters back. Everyone gave me art. That was my introduction to Cuban art.

In 1999, the Center opened the Cuban Art Space, a gallery of regularly scheduled exhibitions and cultural programs.

Did you have any problems with the US government at the time?

Yes! The FBI pounded on my door at home. They paged me at the airport when I returned from Cuba. I was an activist, and they were always bothering me.

Once the Center officially opened, they never bothered me at home.

In 1973, eight months after it opened, anti-Castro Cuban exiles bombed the Center. They thought I was a Fidelista.

I was there alone in the building, working late. The window exploded on me and blew all the windows on me. Complete destruction of the Center. I was very lucky [to have survived].

Two FBI agents came to interview me. Only one question was asked, and that was about bombings in the Bay Area [of California]. They asked about Patty Hearst and said, “All bombings are related.”

I threw them out.

The anti-Castro Cubans were a very violent group. They killed a travel agent who was attempting to get visas for trips to Cuba, and they killed my friend at the UN Cuban Mission. A group from Miami took responsibility.

My thoughts at the time were: “I’m not going to leave the Center until we have normal relations with Cuba!” I thought once Nixon was gone, future presidents would do something. I never imagined it would take 10 or 11 presidents before something was done. I thought it would be a couple of years—not 40.

You’re widely credited as the person who made it possible for US collectors to acquire Cuban art and bring it back here. How did that come about?

My idea was to sue the Treasury Department. A law from 1988 allowed informational materials to be brought into the US from Cuba, but the definition of «informational materials» specifically excluded original Cuban art. On advice of counsel, I spent a tremendous amount of time taking depositions and acquiring materials for the court case. I invited and deposed [influential art critic] Dore Ashton and Alex Rosenberg and ten others.

We went to court and won. We changed the law. I’m very proud of our involvement.

When you started out, what were the goals of the Center for Cuban Studies?

To help normalize relations between the United States and the Cuban people.

We made information available to people, with outreach to professionals—doctors, academics.

We weren’t yet focused on art, but we had started to collect.

In 1996, we started doing trips under the Clinton-era «people-to-people» exchange programs. The US Treasury Department checked each person. It wasn’t easy.

Our “African Roots Trip” was the biggest success. It included art, music, and food.

During that time I met many artists living in Cuba. Most of them were self-taught. We helped support them. If we heard about an artist living in the woods, we checked it out. Sometimes there wasn’t even a town, just a clearing in the woods.

We met some very talented people. I know many self-taught artists outside Havana. I didn’t think too much about them until I saw their work.

The self-taught art comes mainly from the 1990s, when the Soviet Union collapsed. There were no jobs—the only job was to sell art. Bakers, cops, vets, doctors, truck drivers quit or lost their jobs and formed art groups in small towns. The city of Santiago de Cuba recently gave them a building to exhibit in.

This is the “other” Cuban art market. I believe that even today, once a year, self-taught artists exhibit their work in Santiago de Cuba.

How do you feel about President Obama’s trip to Cuba? And the impact on Cuban art?

He was so smart to go there. In December 2014, when I heard his press conference, I cried. Sitting with a bottle of rum, just crying.

As for the art, I think it’s so important for artists to keep the art authentic. I want it to say “Cuban” to me.

What’s difficult is to picture a 15-year-old artist watching his country go through changes. In five years he will be only 20, and he won’t know what’s authentically Cuban. That’s my fear.

I don’t want the US market to drive Cuban art or determine what’s “real.”

For all that, I think we’ll see real change when the embargo is lifted.

What do you think the Revolution means to Cuban artists today?

In Cuba, there are as many opinions as there are artists. Among older artists, I think the Revolution is what made them artists. Young artists today are out to break all barriers.

Musicians and artists in Cuba have been the culture’s “rock stars” since the 1990s. With the opening of society in general, they will be even more successful if they have something to say.

Have you ever wanted to exhibit your collection?

My dream is to have a show and catalogue of my collection. I want people to know that you don’t have to own a hedge fund to have a great collection.

I have the finest collection of rare Cuban posters. I’ve just started getting calls from organizations asking me to exhibit.

What do you see for the Center for Cuban Studies in the future?

I want to open a Center in Cuba. One reason is to show art both from Havana and especially beyond Havana, because galleries there show very little art from outside the metropolis. And there is terrific art out there!

Will you do it?