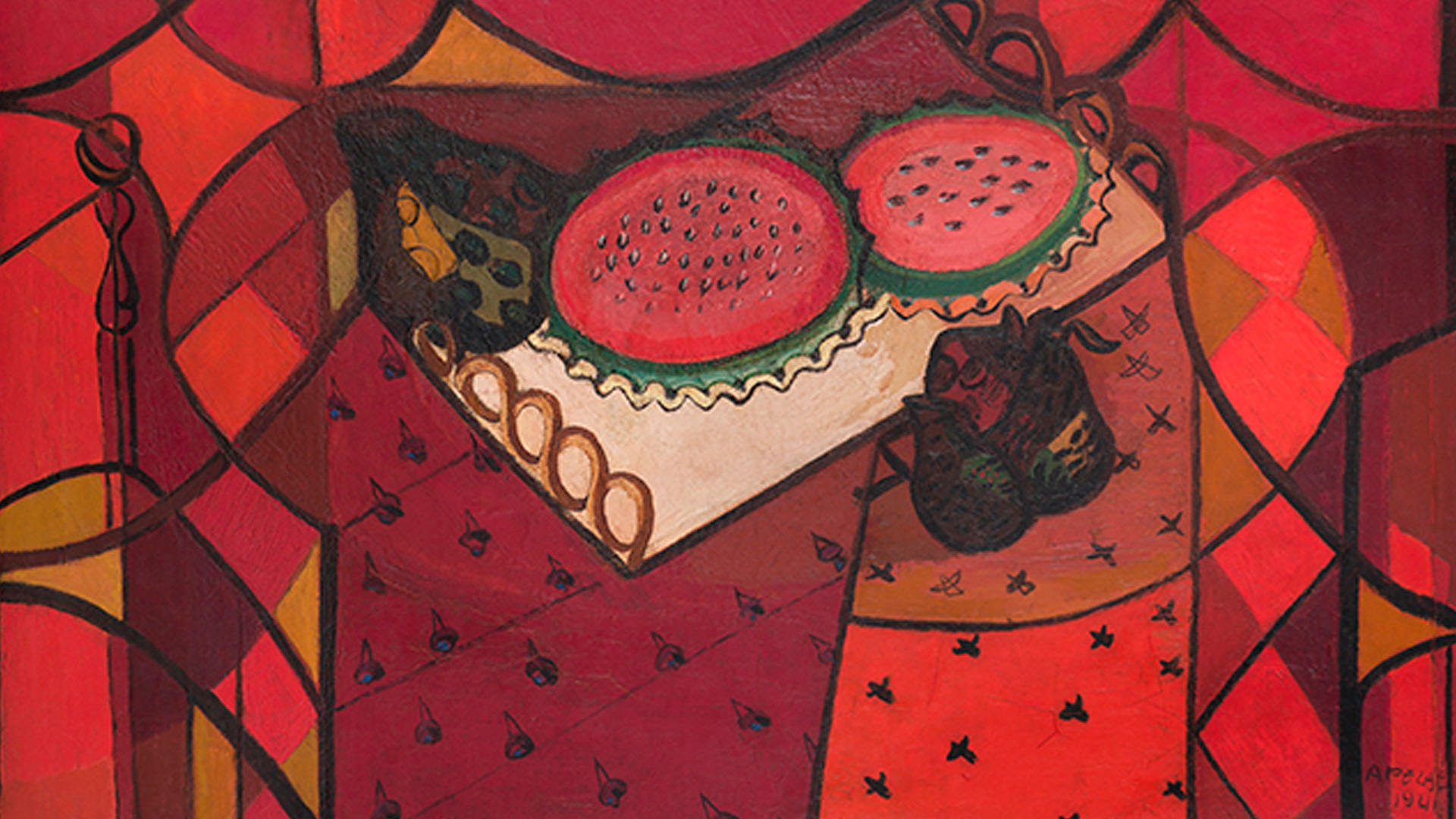 With a stunning solo show now on view in Chelsea and a major survey exhibition opening in September at the Whitney Museum of American Art, today marks an especially happy birthday for Carmen Herrera.

“Having flown under the radar for decades,” wrote critic David Ebony on Artnet News, “New York painter Carmen Herrera, born in Havana, Cuba over 100 years ago, today finds herself to be something of a living legend.”

Selecting her exhibition as one of his “Top 10 New York Gallery Shows for May,” Ebony called it a “radiant show of Herrera’s recent paintings and sculpture,” which inaugurated the London-based Lisson Gallery’s New York space in early May. (For a photo walk-through of the show, see the Cuban Art News article of May 3, and the album of the opening on the Cuban Art News Facebook page.)

Herrera continues to work in the studio almost every day, and the show at Lisson features art made in the past two years. According to a Lisson Gallery spokesperson, all works in the exhibition have been sold. The Pérez Art Museum Miami just announced its acquisition of Alba, a 2014 work in the show, and other museum announcements are expected to follow.

With an eye toward securing Herrera’s rightful spot in modern art history, the upcoming Whitney Museum show will focus on 1948–1978, the decades that saw the emergence of Herrera’s signature geometric style. Her groundbreaking hard-edge canvases came years ahead of Frank Stella’s acclaimed black paintings, and beat the emergence of Minimalism by close to a decade.

While the Whitney show addresses Herrera’s position in American and international art history, another show in Chelsea prompted insights into her relationships with Cuban artists over the years.

At Galerie Lelong, Diálogos constructivistas en la vanguardia cubana (Constructivist Dialogues in the Cuban Vanguardia) spotlights two artists that Herrera had personal connections with at different points in her life—Amelia Peláez and Loló Soldevilla—as well as Zilia Sánchez, who, actively producing art at 89 (turning 90 in July), is a near contemporary of Herrera’s. (For a look at the exhibition, see the album on the Cuban Art News Facebook page.)

During her childhood in Cuba, Herrera’s family was close to the family of Amelia Peláez, and the young Herrera spent as much time with Peláez—almost 20 years her senior—as she could. As a strong-minded young woman, Peláez was an influential role model.

“She was like a god to me,” Herrera recalled in a recent conversation. “Whenever she went out doing something, I went with her. And I learned a lot.”

There were times, Herrera said, “when a building was falling down, and they would call and say, Amelia, come and see if you can help us. Nobody knew anything except Amelia. She was about this big”—here Herrera gestured a short height—“but very strong.”

And did she know about buildings? “Everything,” Herrera said firmly. “She knew about everything.” Perhaps it’s no coincidence that, on entering the university, Herrera chose to study architecture.

A certificate acknowledging Herrera as the recipient of the first Premio Amelia Peláez, presented by the Centro Cultural Cubano de Nueva York—“en honor a su prodigioso talent, su larga y admirable carrera y su excepcional aporte a la cultura cubana” (in honor of your prodigious talent, your long and admirable career, and your exceptional contribution to Cuban culture)—is prominently displayed in her studio-home.

In addition to a well curated selection of works by Peláez, the show at Galerie Lelong includes a thoughtful grouping of works by Soldevilla, whom Herrera knew in Paris in the late 1940s and early 1950s. At the time, Soldevilla was serving as a Cuban cultural attaché while emerging as an artist in her own right.

“She worked very fast,” Herrera recalled. “And being in France was very good for her. She came into a different group of people, completely.” Soldevilla went on to co-found, with Pedro de Oráa, the influential Galería de Arte Color-Luz in Havana, and became a member of the group 10 pintores concretos.

Through the decades, Herrera’s friendships have touched on other aspects of Cuban art. She knew Wifredo Lam in Havana, Paris, and later in New York, where she herself has spent most of her life. “Whenever he came here, the telephone would be ringing,” she said with a chuckle. “All his enamoradas would be calling.”

At the same time, she has a strong appreciation of his art. “Great work,” she said, noting that “his family has taken care of his work very well. Thank God.”

In more recent decades, Herrera was friends with Félix González-Torres. “I was at the same gallery he was,” she recalled. “That’s how we met.” According to Herrera’s good friend, artist Tony Bechara, González-Torres incorporated several of her black-and-white paintings into an installation he did of a black-and-white room.

(An exhibition of portraits by González-Torres, consisting of bands of words running along the gallery walls just below the ceiling, is currently on view at Andrea Rosen Gallery in Chelsea. One of his light sculptures, Untitled (America), 1994, is installed in the lobby at the Whitney Museum.)

Fernández was on hand at a recent luncheon to celebrate Herrera’s birthday, along with other friends, family, and well-wishers. Ella Fontanals-Cisneros of the CIFO Foundation, who presented an important show of Herrera’s work in 2005, flew in from Madrid for the event.