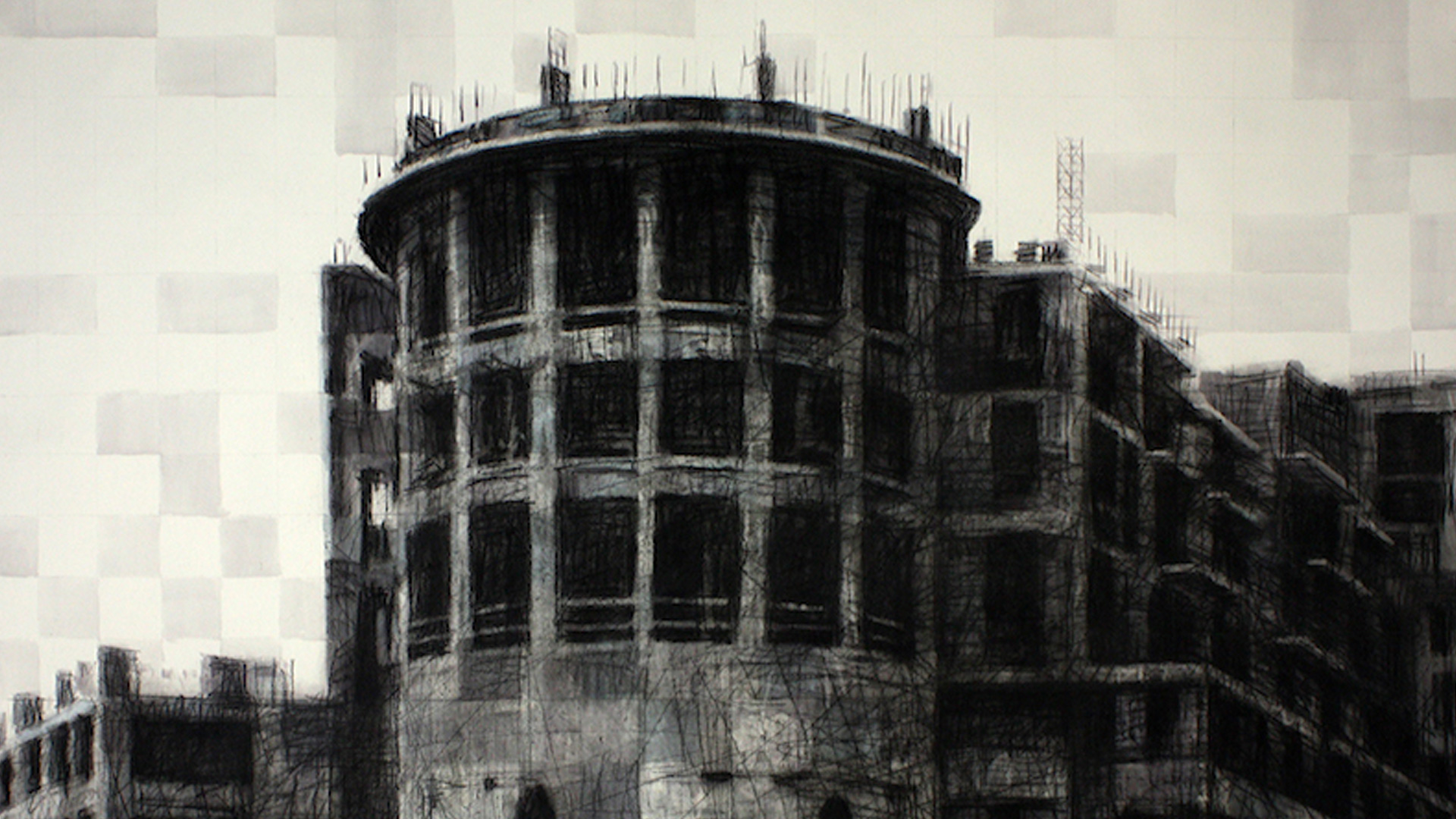 Rachel Valdés Camejo in Havana. CDAV, the Centro de Desarrollo de las Artes Visuales, is hosting En el espacio, a show of recent work by the artist. Valdés Camejo’s installations were popular stand-outs Detrás del muro, the show of public art along the Malecón, presented in conjunction with the 2015 and 2012 Havana Biennials. Here, the focus is largely on painting. The show takes its title from a series of abstractions on black ground. It is on view at CDAV through April 17.

Adriana Arronte, too. At Galería Artis 718 in Miramar, Arronte’s solo show, Desvío de recursos (Diversion of Resources), presents installation works and videos offering a slightly surreal reading of everyday objects. Arronte proposes a new aesthetic for our post-modern era, a “diversion” of esthetic and conceptual “resources” into a cross-disciplinary fusion.

And Ninna Moreno. Photography, installation art, and sculpture are among the mediums that give shape to Moreno’s woman-centered creative vision. Testimonios del piel (Testimonies of the Skin) is on view at Génesis Galerías de Arte through April 16.

Just opened at the Lam Center. This past weekend saw the opening of La madre de todas las artes(The Mother of All Arts) at the Wifredo Lam Center of Contemporary Art. Curated by Nelson Herrera Ysla, the exhibition features work by more than 50 artists, reflecting the profound influence of architecture on contemporary Cuban art. For more about the show and a photo walk-through of works in the exhibition, see last week’s preview in Cuban Art News.

And Google comes to Kcho Studio. For some time now, Estudio Kcho has been one of the few widely accessible wifi hot spots in Havana. Now, The Art Newspaper reports that Google will partner with Estudio Kcho in providing high-speed Internet access at the studio, and a space filled with what the Associated Press called “dozens of laptops, cellphones and virtual-reality goggles.” Open five days a week, 7 a.m. to midnight, the space will accommodate up to 40 at a time. The collaboration was announced during President Obama’s visit to Havana.

Ballestero in Berlin. While Ascensión was opening in Havana, Glauber Ballestero’s solo show, Cetus Quasar, was opening at the House of Egorn gallery in Berlin. Based on video fragments of Luis Buñuel’s The Milky Way, P. T. Anderson’s Magnolia, and Lars von Trier’s Melancholia, the show features eight oil paintings, a site-specific installation, sculpture, and video work. In developing the work, Ballestero invented a new heavenly constellation, Cetus Quasar, a new version of the existing constellation, Cetus (or Whale). On view through April 16.

Allora & Calzadilla in France. The Abbey of Royaumont in Asnières-sur-Oise, now a nonprofit arts and cultural center, is undergoing renovation work. The Fondation Royaumont invited Jennifer Allora and Guillermo Calzadilla to create work for the space, inspired by the ongoing renovation work. With a title taken from an Emily Dickinson poem, Split the Lark features three videos and a sound work in the abbey’s Cistercian building and a light show playing on the scaffolding of the main façade. Opening Saturday, April 2 and running through June 10.

Documentary on Bruguera previewing in UK. ArtNews reports that feminist video artist Lynn Hirshman Leeson is making a documentary about Tania Bruguera. A preview of the work, which is tentatively titled Tania Bruguera: A State of Vulnerability, is slated for June 8 at Tate Modern in London.

Lam in Brazil. More than 80 works from the Museo Nacional de Bellas Artes in Havana trace three decades of the artist’s career in Wifredo Lam: O espírito da criação (The Spirit of Creation). Presented at the Memorial da América Latina in São Paulo, the show includes prints, fabrics, and other aspects of Lam’s oeuvre. On view through May 1.

Mellis in Costa Rica. Adrián Melis is among the artists participating in No One Belongs Here More Than You, an international show at the Despacio art space in San José, Costa Rica. The exhibition presents conceptual artworks that “inform our memories and provoke our deepest ruminations.” On view through April 24.

Acosta in Miami. The doors to Pan American Art Projects’ new space in Little Haiti swing open on Saturday, April 9 with Gustavo Acosta: Paper Trail. Much of Acosta’s work focuses on architecture as a representation of power. (His work is also included in La madre de todas las artes at the Lam Center.) Here, Acosta juxtaposes his vision of Miami’s zooming gentrification against images of Havana’s crumbling urban fabric. On view through May 14.

Save the Date: Dialogues in Cuban Art. Cuban Art News readers might remember this exchange program from our interview last spring with its organizer, Elizabeth Cerejido. Now, the second half of the exchange is on the way, as the Miami arts community prepares to welcome Cuban artists for studio visits, conversations, and a public symposium at the Pérez Art Museum Miami April 28–29. More than a dozen visitors are coming from the island, including artists Reynier Leyva Novo, Yornel Martínez, and Sandra Ceballos, and curators Onedys Calvo, Aylet Ojeda, and Nahela Hechevarría.

Estévez in Los Angeles. Carlos Estévez returns to Couturier Gallery with Homo Ludens. Delving into the concept of play as a source of creativity and well-being, the show reflects Estévez’s recent residency at the McColl Center of Art + Innovation in Charlotte, NC. With an expanded range of tools and workshops at his disposal, he became a “playing man,” with several works in the show referencing his childhood love of kites. Other work includes painted ceramic plates and mixed-media assemblages that are like small universes in themselves. On view through May 14.

Save the Date #2: Ayón in L.A. This fall, the Fowler Museum at UCLA will host Nkame: A Retrospective of Cuban Printmaker Belkis Ayón. The show is scheduled to open October 1.

El acompañante will also be the red-carpet opening-night film for the Havana Film Festival New York, screening Thursday, April 7 at the Directors Guild Theater in midtown Manhattan. This year’s Festival runs through April 15. Look for a detailed preview on Cuban Art News next week.