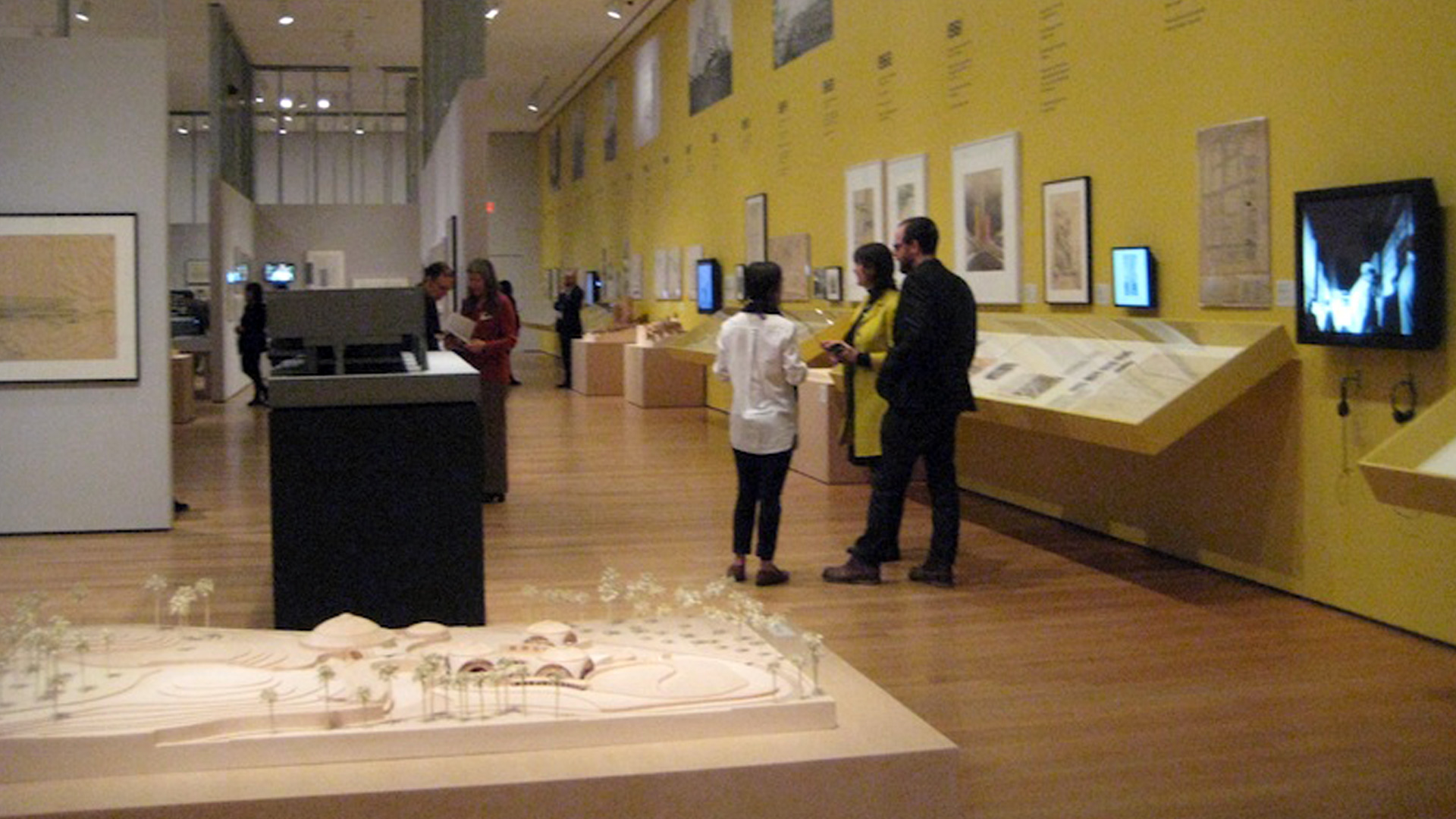 A well-known figure on the international Cuban cultural scene, Ben Rodríguez-Cubeñas is the co-founder and board chair of the Cuban Artists Fund, as well as director of the Culpeper Arts and Culture program at the Rockefeller Brothers Fund. He is an active participant in a coalition of US funders looking to support initiatives in Cuba.

In November 2015, Rodríguez-Cubeñas was part of an initiative by four foundations—Atlantic Philanthropies, the Ford Foundation, the Christopher Reynolds Foundation, and the Rockefeller Brothers Fund—to convene a meeting of US foundations interested in supporting projects in Cuba. In December, he was part of a group that traveled to Havana to meet with arts administrators and government officials at the Ludwig Foundation, and to present the findings of a report on international cooperation commissioned by the Cuban Artists Fund.

Shortly before Christmas, Rodríguez-Cubeñas sat down with Susan Delson, New York editor for Cuban Art News, for a wide-ranging conversation about Cuban art and culture, US philanthropy in Cuba, and how Cuba-facing organizations are evolving in response to the changing sociopolitical landscape. Here’s Part 1 of their edited conversation.

Let’s start by looking at a year after December 17, 2014, and where we’re at now. December 22, 2015. I think everyone can agree that there’s a tremendous amount of change that has taken place over the last year in terms of the US and Cuba, and the ability to at least have a conversation, and to begin to tackle some of the issues that seemed intractable for so many years.

I remember the Ford Foundation hosted a meeting of funders and other groups engaged with Cuba in November of 2014. I don’t think anyone in that room—and these were all experts on Cuba—anticipated the level of changes that were going to happen when that announcement came a month later.

Relating that to art and culture in Cuba, two things stick out for me. One is that this is again another critical time of high visibility for Cuba and Cuban artists. We’ve seen it before, in other waves, back in the 1990s. So let’s take advantage of this, because we don’t know how long this window will be open.

Second—I think everyone is fully aware of the extent that Cuban society breathes and lives art and culture in their daily lives. But the Cuban system is going through a major change. I’m concerned about the future role of arts and culture, and being able to maintain it going forward. Because the resources don’t seem to be there right now.

What are you seeing in the arts sector on the island?

You’re beginning to see some artists create residency programs, and different kinds of projects on the island. Juan Delgado and his public art program, Carlos Garaicoa and his artist residency exchange, Kcho and his community arts center in Romerillo, with the wifi hotspot.

We’re seeing these actors doing things with limited resources—really their own resources—with very little infrastructure, legal or otherwise, for support from international cooperation. So you want to support these actors, but right now there’s no direct avenue to support them in Cuba.

There’s no way—or if there is, no one seems to be able to explain it—to create a legal entity, an asociación of some sort. I know that they’re looking at that, but it’s been years in the making.

These four foundations—Ford, Atlantic Philanthropies, and the Christopher Reynolds Foundation and Rockefeller Brothers Fund (RBF)—are looking at how to help support the local evolution of a system of support from private sources. On the US side, we’re trying to advocate for direct grants to organizations in Cuba. I think that would help a great deal in terms of greater transparency and maximizing resources.

At the Ludwig Foundation talk in December, we had people from the Ministry of Culture, from MINREX [Ministerio de Relaciones Exteriores], and the Ministerio de Comercio y la Inversión Extranjera—it’s called MINCEX. They work with foreign investment and the United Nations Development Program, and it seems to me they’re going to play a larger role in international cooperation.

On the US side, a lot of what’s being left out of the discussion is culture, arts, philanthropy, nonprofits. You’re seeing a huge emphasis on commerce and US businesses. The new actors, really that’s their main interest. That’s a little concerning to me. Cultural exchanges have been an important aspect of our diplomacy and they’ve played a major role in getting us to where we are today.

Getting direct grants into Cuba will be very helpful. Because again, there’s been 50 years of mistrust, and Cubans are—I think rightly so—very skeptical of US institutions, and where the money comes from. That’s what my talk in Havana was about. Basic information stuff: how foundations are governed, where the money comes from, who makes the decisions, how are they regulated—so they can understand that there is this infrastructure and a regulatory process and oversight.

According to US regulations, you can’t support anyone who is a government employee or a party official or a government institution. That’s a big thing, because everything in Cuba is somehow connected to the government. So that’s one of the issues.

Another major stumbling block is the US AID program with Cuba. This “regime change” program is a thorn in the side of Cubans and does not give our good intentions a lot of credibility in their eyes.

We are in an election year, heading into an administration change. Are there things you’d like to accomplish before January 2017, when the new president is inaugurated?

The work we’re doing with these other foundations, and the conversations we’re going to start having with the people in Washington—that is timely and important to do right now. We’re having conversations with the State Department and OFAC, making the nonprofit philanthropic arts sector’s voices heard in the process that’s taking place there.

My understanding is that the Obama Administration is going to be tinkering with as much as they can of the embargo before they close the door and leave the White House. To the very end, they’re going to try to keep poking holes in that embargo. We’re trying to get that philanthropic angle in there before they leave. That’s key.

I think the ultimate goal of everyone who’s been involved with Cuba is to get rid of the embargo and just have normalized relations in everything. I feel that’s going to happen, no matter what administration gets into power.

If you look at the polls, if you look at the number of politicians who have flipped [on this issue] on both sides, Republicans and Democrats, you see this trend that you didn’t see before, where people are now having conversations about it and they are making and changing their minds. And the “stalwarts” seem to be fewer—they may be more vocal, but they seem to be fewer. Whether a Democrat or a Republican [gets elected], I think this momentum is continuing and is on an upward trend.

Have you seen an increase in the number of US philanthropic organizations interested in funding projects in Cuba?

Everyone has a Cuba project these days. (laughs) You’ve probably seen it too.

I’ve now taken [to Havana] two groups of foundations that are interested in Cuba. Some people are just visiting because they’re curious and want to see what’s going on without really having the intention of doing anything. We’re trying to do better screening, because everyone’s time is very valuable. And I think Cubans who are dealing with all this onslaught of people are also looking at how to decipher what’s real and what’s not.

What I’ve been trying to do with the funders that we take down there is that there are already a whole series of projects and priorities that have been established. So rather than starting projects from scratch, [I’ve been encouraging them to] look at what’s already in place, has been approved, and is part of what the priorities are, and to see how they can help support those. I think that’s the way to get in.

I’m taking another potential funder at the end of January, and I said: Just go and listen and see what’s going on. Don’t come in with any preconceived, packaged project that you want to implement. That’s not going to work.

What else are you seeing on the island?

Getting back to the visibility and opportunities for arts and culture and artists, I’m seeing an increasing interest in Cuba in design and architecture. Really talented individuals. We can expand the concept of what we mean by creative people—to graphic design, for example, and there’s some interesting stuff in website development and animation. There are a lot more creative types there, and they could be helped by this new spotlight.

Do you think that last spring’s MoMA Latin American architecture show had an impact in this area?

Yes, that was very helpful. They had the ISA [Instituto Superior de Arte] maquette there, and so forth.

And other projects that many of us in New York hadn’t known about.

The other thing, too, is that for the US, involvement in these areas is new. But other countries have been doing stuff with Cuba for the last 50 years. You can’t not realize that all of this interaction has already been going on.

One hard-to-miss example is the opening of [Italian-based] Galleria Continua in Havana late last year.

The Galleria Continua opening is an extraordinarily interesting development. It’s supposed to be not a commercial place—it’s supposed to be a public space. Giving opportunities for artists and being able to create an atmosphere where exchange can take place is very good. I think it’s a good thing that there’s this interest by these international spaces to do things in Cuba.

He just announced the latest round of exchanges. The residency of the Italian artists coming to Havana is supported by Galleria Continua.

That’s all great. But I think, also, that before you start opening up to the international art market, there’s a local structure—Galería Habana, Luis Miret, others—that can also be supported. They were there and have been building that field for the longest time.

I would want to see the local actors and people who have been working in this field supported to the same extent. How do you support the local infrastructure? That’s what needs to be discussed.

Particularly given the state-run nature of the galleries in Cuba.

Yes. But giving opportunities to Cuban actors is going to be very important.

Next: Rodríguez-Cubeñas on the evolution of the Cuban Artists Fund, broader issues of art and society, and the challenges of connecting Cuba and New York City.