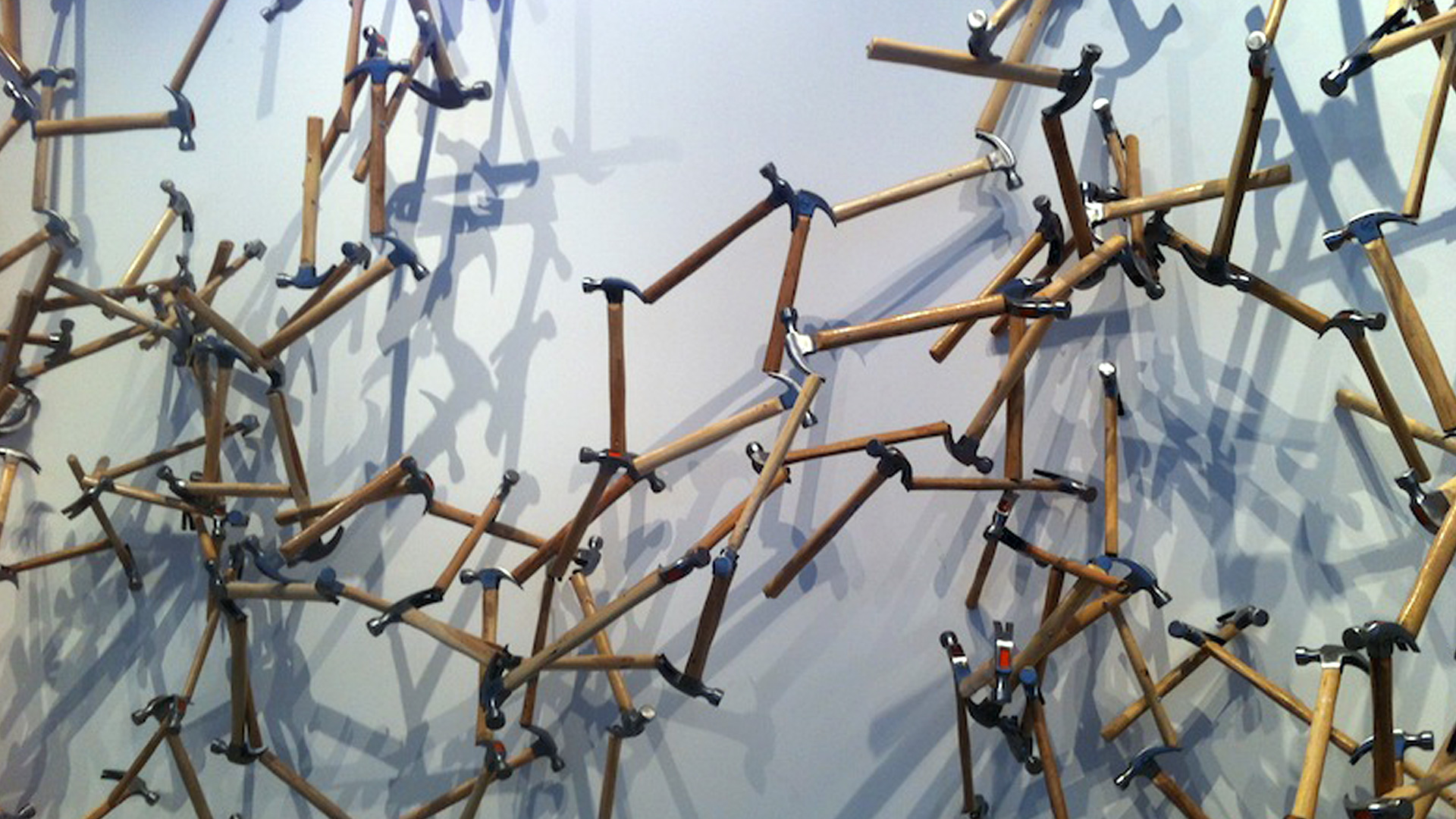 This week Miami is the crossroads of the international art world, as one fair after another opens its doors. Here’s a guide—organized by opening date—to some of the top spots for seeing Cuban art, with a special focus on ABMB.

For more on Cuban art and artists in Miami-area museums and galleries, see Part 1 of our Art Week preview.

Lyle O. Reitzel Gallery is showing work by José Bedia, and it may be worth checking Miami “pop-up museum” The Chill Concept, which has Ángel Delgado and Gladys Triana on its artist roster.

An international cross-section of galleries are showing Cuban artists at Scope. Panama City–basedNG Art and Gallery is presenting hand-woven photographic work by Jorge Otero and sculpture by Roberto Fabelo. LaCa Projects, based in Charlotte, North Carolina, has work by Carlos Estévez and Vicente Hernández.

Pinta bills itself as the only curated boutique art fair with a specific geographic focus, with the idea of serving as an international platform for Ibero-american issues and identities. The fair is organized into sections—modern, contemporary, photography, drawing, project, and forum—curated by Osbel Suárez, José Antonio Navarrete, Rodrigo Alonso, Roc Laseca, and Jesús Fuenmayor, among others.

There’s not much information on participating exhibitors, but we do know that Aluna Art Foundation is presenting a version of its recent exhibition, Affective Architectures, which will include work by Florencio Gelabert, Ernesto Oroza, and Ofill Echevarria.

It’s the major art fair of the Western Hemisphere, and the visibility of Cuban art and artists is markedly increased in this year’s edition of ABMB.

Fresh from the opening of its Havana space and a 25th-anniversary exhibition at the Wifredo Lam Center, Galleria Continua is bringing work by Carlos Garaicoa and José Yaque to the Convention Center.

As part of ABMB’s Kabinett program, Galerie Lelong is devoting a section of its booth to a presentation of sculptural shaped canvases and other works by Zilia Sánchez. Among the pieces on view: Antigonia, 1970; Módulo Infinito, 1978; El Silencio de Eros (1982–1990); and works on paper from the late 1960s and early 1970s.

Previewing a show of Ana Mendieta film works that will open at the gallery in February, Galerie Lelong is also screening Volcán, a 1979 super-8mm film by Mendieta that has been transferred to high-definition digital media. Other work by Mendieta will also be on view.

At Jack Shainman Gallery, look for work by Yoan Capote, whose solo show this summer filled both Shainman spaces in Chelsea. And Jorge Pardo will be shown by Petzel Gallery.

As a side note, Galerie Nathalie Obadia is showing photographs of Cuba taken by noted French-Belgian filmmaker Agnès Varda in the early 1960s. Many of the vintage prints have not been previously exhibited.