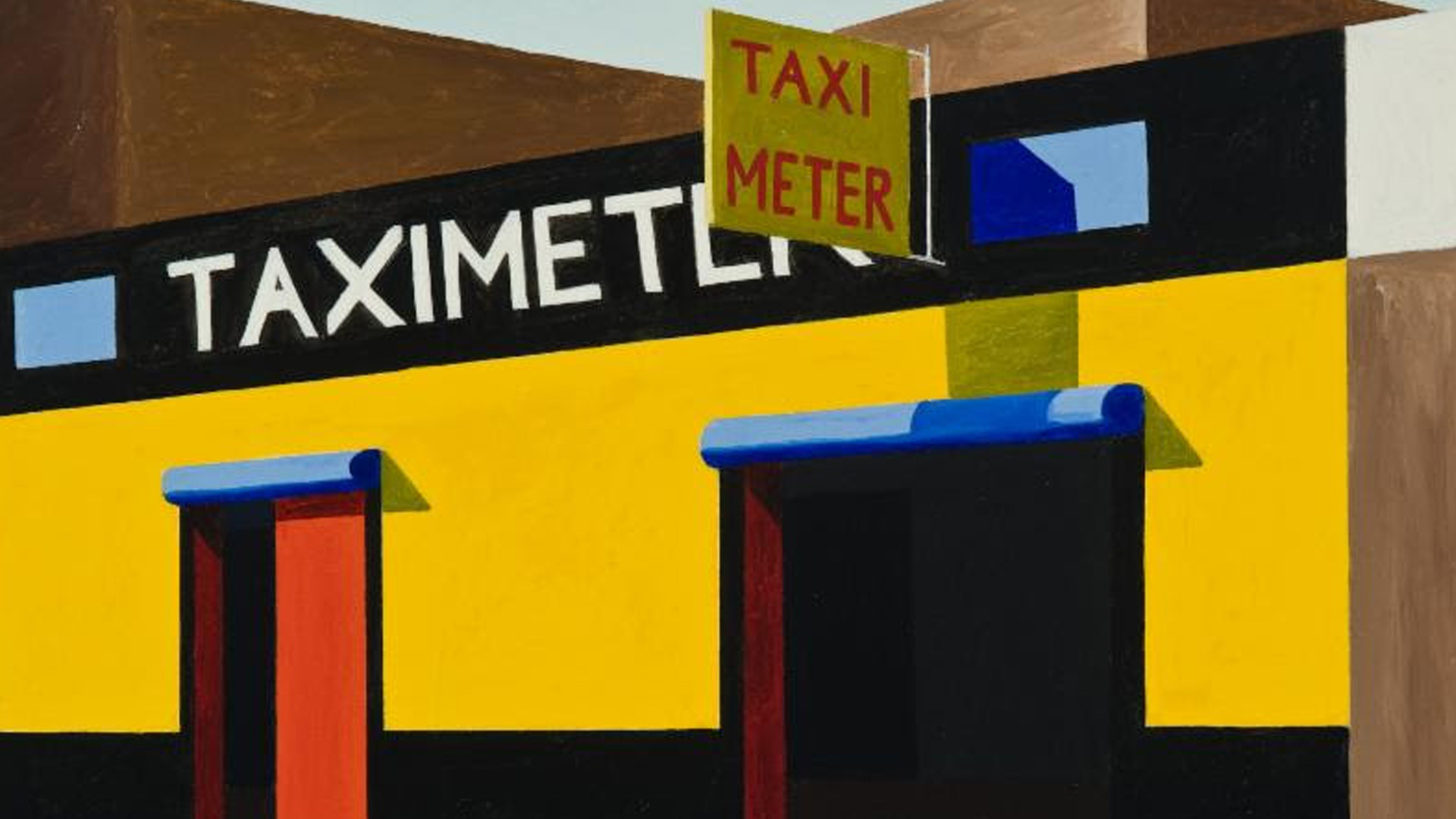 Transgrediendo Fronteras in Havana. At the Fototeca de Cuba, Transgrediendo Fronteras(Breaking Boundaries) presents the work of Havana-born, Miami-based photographer Flor Mayoral. Curated by Jorge Fernández Torres, the show sets up a dialogue between two Cuban-born architects and their work: the Miami Marine Stadium designed by Hilario Candela and built in Key Biscayne in 1963, and the stadium at the Parque Deportivo José Martí in Vedado, conceived by Octavio Buigas and built in 1960. The show runs through October 19.

And The Left Sentence. At the Galeria Rubén Martínez Villena, this exhibition features works by Iván Perera and Marlon Portales, students at the Instituto Superior de Arte (ISA). Rather than burning books or memorizing them, as in Ray Bradbury’s Fahrenheit 451, these young artists give new life to historical documents, pages of books, speeches by cultural and political leaders, creating “objects of re-existence” that inspire new readings. Curated by Yudinela Ortega and Claudia Taboada, The Left Sentence is on view until October 23.

And Millonarios. In 1970, photographer Enrique de la Uz documented the work of sugar-cane harvesters and processors during the Zafra de los 10 Millones, the ambitious but ultimately unsuccessful campaign to harvest 10 million tons of sugar that year. Now, a selection of those images have been converted to digital files and reprinted as large-scale photographs. At Galería Villa Manuela, Enrique de la Uz: Millonarios offers an interesting perspective on the “epic photography” of the Revolution, and striking images of men and machines. On view through October.

Lam at the Centre Pompidou. An ambitious retrospective aims to reposition the work of Wifredo Lam within an international history of modern art, and to examine his work in Europe and the Americas. More than 400 paintings, drawings, photographs, books, and other materials trace Lam’s career from the early years in Cuba to his final works. Curated by Catherine David, the museum’s deputy director, Wifredo Lam opens tomorrow, September 30, at the Musée National d’Art Moderne at the Centre Pompidou, where it runs through February 15. The show then tours to the Museo Nacional Centro de Arte Reina Sofia in Madrid, where it opens in April, and to the Tate Modern in London next September.

Poblet in Chile. For Madeja, Mabel Poblet’s solo show at Co Galería in Santiago, Chile, the artist has created a major installation made of thread, as well as a series of light-box works. On view through October 31.

González in Slovenia. In 2013, Maria Elena González won the grand prize in the 30th Ljubljana Biennial of Graphic Arts—a prize that included a solo exhibition in the 31st Biennial, now in progress. Her exhibition, Tree Talk Series, was inspired by the bark of birch trees, and the similarity of their markings to the perforations on player-piano rolls. González flattened the bark, produced a series of drawings and etchings, scanned the bark patterns and had them laser-cut into rolls for a player piano. The show includes drawings, etchings, the player-piano rolls, a video projection of the rolls being played. On view through November 1.

La patria in Berlin. In addition to La Hora del cuero in Havana, curator Elvia Rosa Castro had another exhibition opening this month in Berlin: La patria que vuela, a group show featuring work by Lidzie Alvisa, Elizabet Cerviño, Aimée García, Cirenaica Moreira, and Sandra Ramos. The show explores the dissolving concept of ‘homeland’ in Cuba, with the influence of globalization, migration, and cultural exchange reflected in recent work by these artists. The show runs through October 24 at the House of Egorn gallery.

Acosta in Santa Monica. At Latin American Masters Gallery, Gustavo Acosta: Timeline features recent paintings by the artist. Readable as both urban landscapes and geometric compositions, the canvases are layered with color and texture. On view through October 31.

Martiel in Hollywood. Race, isolation, and injustice are among the themes explored in the art of Carlos Martiel, whose performances test the physical limits of the body and its ability to endure pain, deprivation, and restraint. At Steve Turner Contemporary in Hollywood, Carlos Martiel: Aislado presents video and photographic documentation of prior performances, as well as two live performances that were presented on September 12 and September 26. In the first, the artist was buried in a coffin-sized, partly transparent box under seven layers of rocks and pebbles, some of them gathered from sites of police brutality around Los Angeles. According to one eyewitness account, the performance became life-threatening and Martiel had to be quickly pulled from beneath the stones. No word on the second performance this past weekend, which required him to lie naked on the gallery’s concrete floor with one foot caught in an animal trap. On view through October 8.

Torres Llorca in Miami. At Aluna Art Foundation, Rubén Torres Llorca is one-third of the three-person exhibition Un ruso, un chino, y un cubano, hicieron una exposición / A Russian, a Chinese, and a Cuban Walk into an Art Show. Along with artists Alex Yuzdon and Guo Jian, Torres Llorca explores the traces that communist utopian ideologies have left on popular cultures around the world. Curated by the Aluna Curatorial Collective (Adriana Herrera and Willy Castellanos), the show runs through October 15.

90 Miles Out in Florida. At Gallery 2014 in Hollywood, Florida, 90 Miles Out features paintings, drawings, and photography by 17 Cuban artists, including Francisco Nuñez, Cristobal Herrera, and Mercedes Bravo. The show opens next Thursday, October 8, with a reception running 6–9 p.m. The exhibition runs through November 5.

Sánchez in the Bronx. Thirteen paintings from the collection of the Bronx Museum of the Arts are spending the season in another Bronx art space—the Lehman College Art Gallery, where Emilio Sánchez: From the Bronx Museum Permanent Collection opened earlier this month. The works on view are based on commercial and industrial buildings in the South Bronx, particularly the Mott Haven and Hunts Point neighborhoods. The exhibition runs through January 5, and a reception will be held on Monday, October 19, 6–8 p.m.

Estévez in Chelsea. Carlos Estévez is one of the three artists spotlighted in Appropriations, who are linked by a fondness for using found objects and for recasting cultural icons in a different light. The selection of Estévez’s work emphasizes objects and collages, all displaying the artist’s flair for unexpected juxtaposition. The show opens Thursday, October 8 at Denise Bibro Fine Art, where it runs through November 2. The opening night reception runs 6–8 p.m. Meanwhile, the artist’s solo show, Carlos Estévez: Celestial Traveler, remains on view at the Frost Museum of Art at FIU in Miami through January 3.

Wiki-Edit at MoMA. This Saturday, October 3, the Museum of Modern Art in New York is hosting a “Wikipedia Edit-a-thon: Arte y Cultura Latinoamericana.” MoMA says: “We will provide training sessions and resources for beginner Wikipedians, WiFi, reference materials, and suggested topics, as well as refreshments. Please bring your laptop, power cord, and ideas for articles that need to be updated, translated, or created.” Admission is free, but you must RSVP. Details here.

Allora & Calzadilla in Puerto Rico. Last Wednesday, September 23, the art duo Allora & Calzadilla (Jennifer Allora and Guillermo Calzadilla) unveiled Puerto Rican Light (Cueva Vientos). The work is located in a remote cave in a protected area on the southern coast of Puerto Rico. Commissioned by the Dia Art Foundation, it is inspired by the light sculptures of American artist Dan Flavin. In the installation, a solar energy converter is used to power Flavin’s 1965 sculpture Puerto Rican Light (to Jeanie Blake). The work will be in place through September 23, 2017. To visit, reservations are required: for information, see the project web page.

Save the date #1: Larraz in New York. On Thursday, October 15, Julio Larraz will open a solo show at Ameringer McEnry Yohe Gallery in Chelsea. Best known for his skilled handling of light and shadow, and for the enigmatic narratives embedded in his paintings, Larraz’s early experience as a political cartoonist emerges in his incisive, often humorous, depictions of individuals.

Save the date #3: Pérez Monzón in Miami this December. Gustavo Pérez Monzón: Tramas, presented at the Museo Nacional de Bellas Artes in Havana during the recent Biennial, is headed across the strait for another big event: Miami art week and Art Basel Miami Beach. Opening at CIFO Art Space in Miami on December 2, the exhibition will remain on view through May 1 of next year.

Save the date #4: Carmen Herrera at the Whitney. Slated for autumn 2016, the exhibition will span more than four decades of Herrera’s career, beginning with the early postwar abstractions. The show will include approximately 50 works.

And congratulations to José Parlá. The artist’s double show at Bryce Wolkowitz Gallery and Mary Boone Gallery was included in critic David Ebony’s Top Ten list of New York gallery shows this fall on Artnet News. «Parlá makes much of his Cuban heritage in his painted concrete sculptures that resemble crumbling city walls,» Ebony writes. «These graffiti-embellished contemporary ruins serve to reinforce the connection of the artist’s endeavor to the street, to societal concerns, and urban decay, which prevents these sumptuous works from being misperceived as mere decoration.» The show is on view at both galleries through October 31.