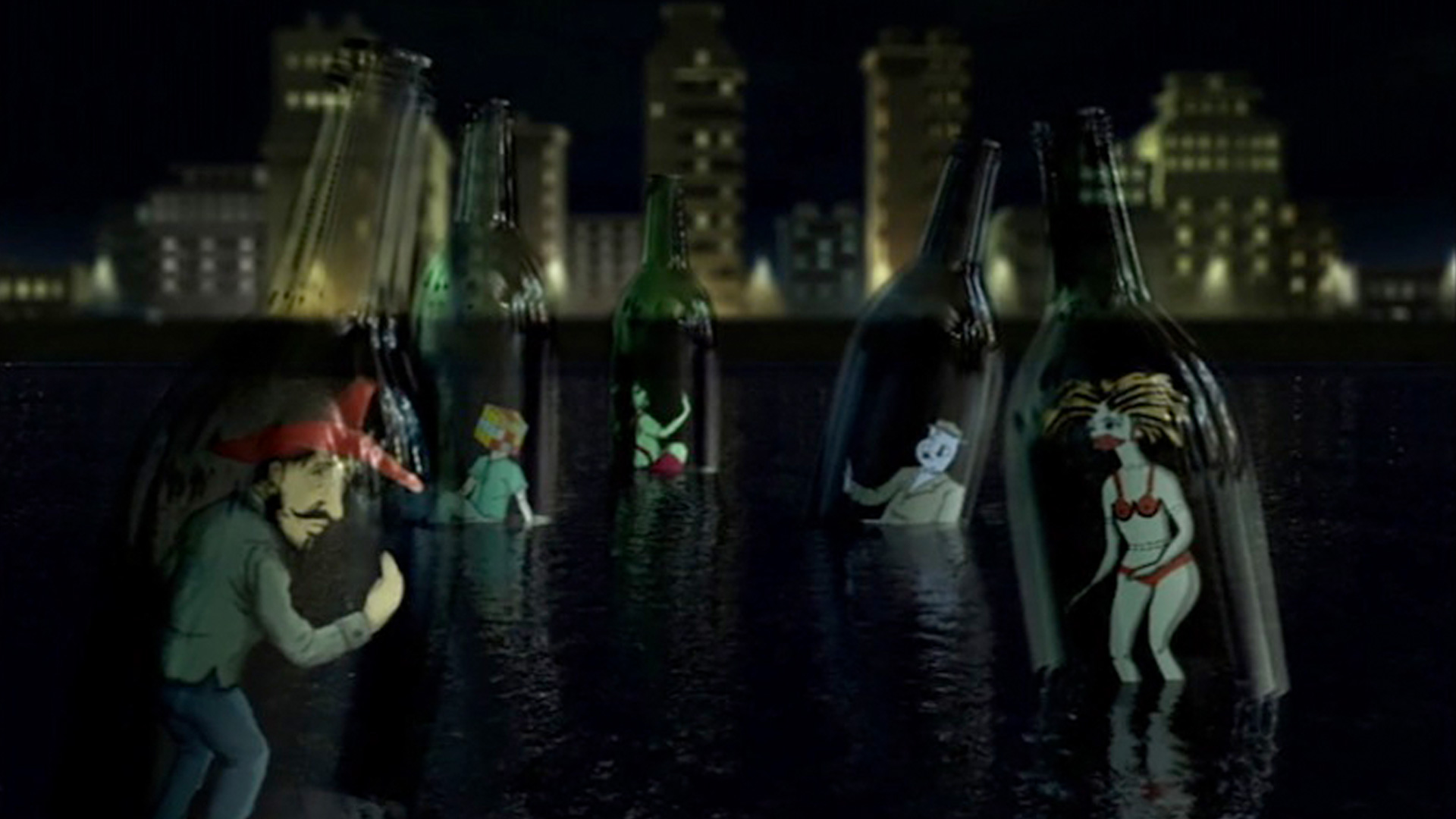 Wifredo Lam in Brazil. Earlier this month, the Museu Oscar Niemeyer in Curitiba opened Wifredo Lam: O espiritu da criação (Wifredo Lam: The Spirit of Creation), a retrospective of the artist’s work from 1939 to 1976. Drawn from the holdings of the Museo Nacional de Bellas Artes in Havana and curated by Roberto Cobas Amate, a curator at the museum and a noted Lam scholar, the exhibition includes 80 paintings and prints, including many not seen before in Brazil. Wifredo Lam runs through September 13 at the Museu Oscar Niemeyer. From there, it will travel to museums in São Paulo, Rio de Janeiro, and Brasilia.

Iconocracia in Spain. At Artium, the Basque Museum Center of Contemporary Art in Vitoria-Gasteiz in northern Spain, Iconocracy: The image of power and the power of images in contemporary Cuban photography presents more than 60 works by some 30 Cuban artists working in photography or with photo-based images. Curated by Iván de la Nuez, the exhibition was organized in collaboration with the Centro Atlántico de Arte Moderno (CAAM) in Las Palmas. The show explores ways that artists of several generations have explored and wrestled with the “official” iconography of the Revolution and post-Revolutionary Cuban life. Among the artists on view are includes work by Juan Carlos Alom, Ana Mendieta, Carlos R. Cárdenas, Carlos Garaicoa, Reynier Leyva Novo, and Geandy Pavón. Iconocracy runs through October 4.

Garaicoa in Hamburg Photo Triennial. Carlos Garaicoa is also participating in the international photo show When There is Hope, part of the 2015 Triennial of Photography Hamburg. Identity, emigration, memory, and loss are some of the themes of the show, which runs through September 13 at the Hamburger Kunsthalle in Hamburg, Germany.

Cuban Video in New York City. The latest installment in the Jewish Museum’s ongoing international video series zeroes in on the island with Sights and Sounds: Cuba. Curated by Mailyn Machado, the exhibition explores a central issue for Cubans—whether to remain on the island or go elsewhere—through the work of artists on both sides of the Florida Strait, including Sandra Ramos, Diana Montero, Reynier Leyva Novo, and Vanessa Portieles and Yanelvis González. On view in the museum’s media center through July 30.

Mendieta too. Ana Mendieta is among 13 artists featured in Between History and the Body, an international exhibition that explores how cultural identity is defined and used in creative expression. On view through October 16 at The 8th Floor art space in Lower Manhattan.

Mallea at NYPL tonight. Architect and author Hermes Mallea talks about his most recent book, Escape: The Heyday of Caribbean Glamour, tonight at the Mid-Manhattan Library. Among the book’s topics are a chapter on Havana’s tourist scene before the Revolution and a close study of Xanadu, the beach house built by industrial baron Irénée du Pont in Varadero. 6:30 p.m. tonight at the Mid-Manhattan Library.

Roots of My Heart in Newark. Filmmaker Gloria Rolando’s breakthrough 2001 production Raíces de mi corazón (Roots of My Heart)—the first film to address the 1912 massacre of thousands of members of the Cuban Partido Independiente de Color (Independent Party of Color)—screens in the Newark Black Film Festival next Wednesday. Also on the program: Afro-Cuba Today, 2014, by Gregory Bryant. Speakers include artist-activist and longtime Cuba hand Ben Jones. Admission is free. 7 p.m. on Wednesday, July 22 at the Newark Museum.

Rigoberto Mena in greater Los Angeles. This Saturday brings the opening of Rigoberto Mena: Bamboo Garden, the artist’s solo show at Lois Lambert Gallery in Santa Monica. In the “Bamboo Garden” series, Mena works handmade paper into his canvases, reconstructing familiar urban structures into landscapes of memory. The reception runs 6–9 p.m. this Saturday, July 18, and the show runs through September 6.

“Havana to Ventura” in California. Also in the greater Los Angeles area, this coming weekend the town of Ventura and its cultural community are hosting “Havana to Ventura,” an “art walk” featuring the work of Cuban sculptor Pedro Pulido and photographs of Cuba by filmmaker Lorenzo di Stefano (Los Záfiros). The event includes a collectors’ reception this Friday evening, July 17, self-guided “art walk” tours on Saturday and Sunday, a breakfast conversation about Cuba on Saturday morning, and a screening of the award-winning documentary Unfinished Spaces on Sunday afternoon. For details and a full schedule, see the Art Walk Ventura website.

Save the date #1. Coming this September, Covered in Time and History: The Films of Ana Mendietabrings together 21 of the artist’s films and 26 related photographs—the largest assemblage of Mendieta’s films to be presented as a full-scale gallery exhibition in the U.S. Organized by the Katherine E. Nash Gallery at the University of Minnesota and curated by media arts professor Lynn Lukkas and gallery director Howard Omansky, the exhibition opens September 15. It is scheduled to travel in 2016 to the NUS Art Museum Fort Lauderdale and the Berkeley Art Museum and Pacific Film Archive at the University of California, Berkeley. Look for more about the show in Cuban Art Newsover the coming weeks.

Save the date #2. Also opening mid-September, Pioneros: Building Cuba’s Socialist Childhood looks at the material world of childhood in Cuba through the 1960s, ’70s, and ’80s, and the influence of Soviet culture and thought. Curated by Maria A. Cabrera Arus and Meyken Barreto, the show features objects, documents, and photographs by artist Geandy Pavón. On view September 16–30 at the Arnold and Sheila Aronson Galleries of the New School in New York City.

Late-Breaking News on Bruguera. Yesterday, the New York Times broke the story that Tania Bruguera had been appointed as New York City’s first artist-in-residence for the Mayor’s Office of Immigrant Affairs, with support from the city and the Shelley & Donald Rubin Foundation. In discussing the appointment, Tom Finkelpearl, the city’s cultural commissioner, cited Bruguera’s Immigrant Movement International, a project started in New York with the support of the Queens Museum. At virtually the same time, the Museum of Modern Art announced the acquisition of Untitled (Havana 2000), a performance work created for the 2000 Havana Biennial. Late last week, the Cuban government also announced the return of Bruguera’s passport, a significant step in resolving the legal issues that have kept her in Havana since December.

New conservation center for Hemingway home. Changes in Cuba-US relations are making it possible for the Boston-based Finca Vigía Foundation to ship approximately $860,000 worth of building materials to the island for the construction of a conservation and preservation facility.Designed and built by Cuban architects, engineers, and workers, the joint Cuban-US project is envisioned as a 2,400-square-foot, two-story laboratory and storage center. According to an article from Associated Press, veteran TV home-improvement guru Bob Vila (of “This Old House” fame), who is Cuban American and a member of the Finca Vigía Foundation board, will be involved in the construction project.

Valdés Figueroa to CIFO. Curator and educator Eugenio Valdés Figueroa has been named director and curator of the Cisneros Fontanals Art Foundation (CIFO). A former co-curator of the Havana Biennial and a curator at the Wifredo Lam Center of Contemporary Art, Valdés Figueroa was most recently art and education director of Casa Daros, Daros-Latinoamérica in Rio de Janeiro. He succeeds Jesús Fuenmayor, who assumed the role of director in 2012.

Pinta split. The Financial Times recently reported the split between Diego Costa Peuser and Alejandro Zaia, founders of the Pinta Latin-American art fair. Costa Peuser is now running the US edition of Pinta, which has joined the throng of fairs surrounding Art Basel Miami Beach in December. Zaia, meanwhile, has repackaged Pinta London as The Immigrants Experiment 5, a broadly global art fair based on the concept that “we are all immigrants.” According to the FT, some 60 galleries are expected to participate in the first edition. Presented during Frieze week, The Immigrants is scheduled for October 15–18 at the Old Truman Brewery in East London; running December 1–6, Pinta Miami will be presented at Mana Wynwood.

Tiempo Libre, the Musical. After touring as far afield as China, Spain, and the UK this spring, the Grammy-nominated conjunto is barnstorming across the US this summer to promote its new album, Panamericano. Celebrating the diverse musical influences of Miami, the album includes a guest appearance by Descemer Bueno. And this fall, the band will be in Portland, Oregon, performing live on stage during the five-week, run of Cuba Libre, a musical based on the collective personal histories of Tiempo Libre founder Jorge Gómez and the other members of the band.