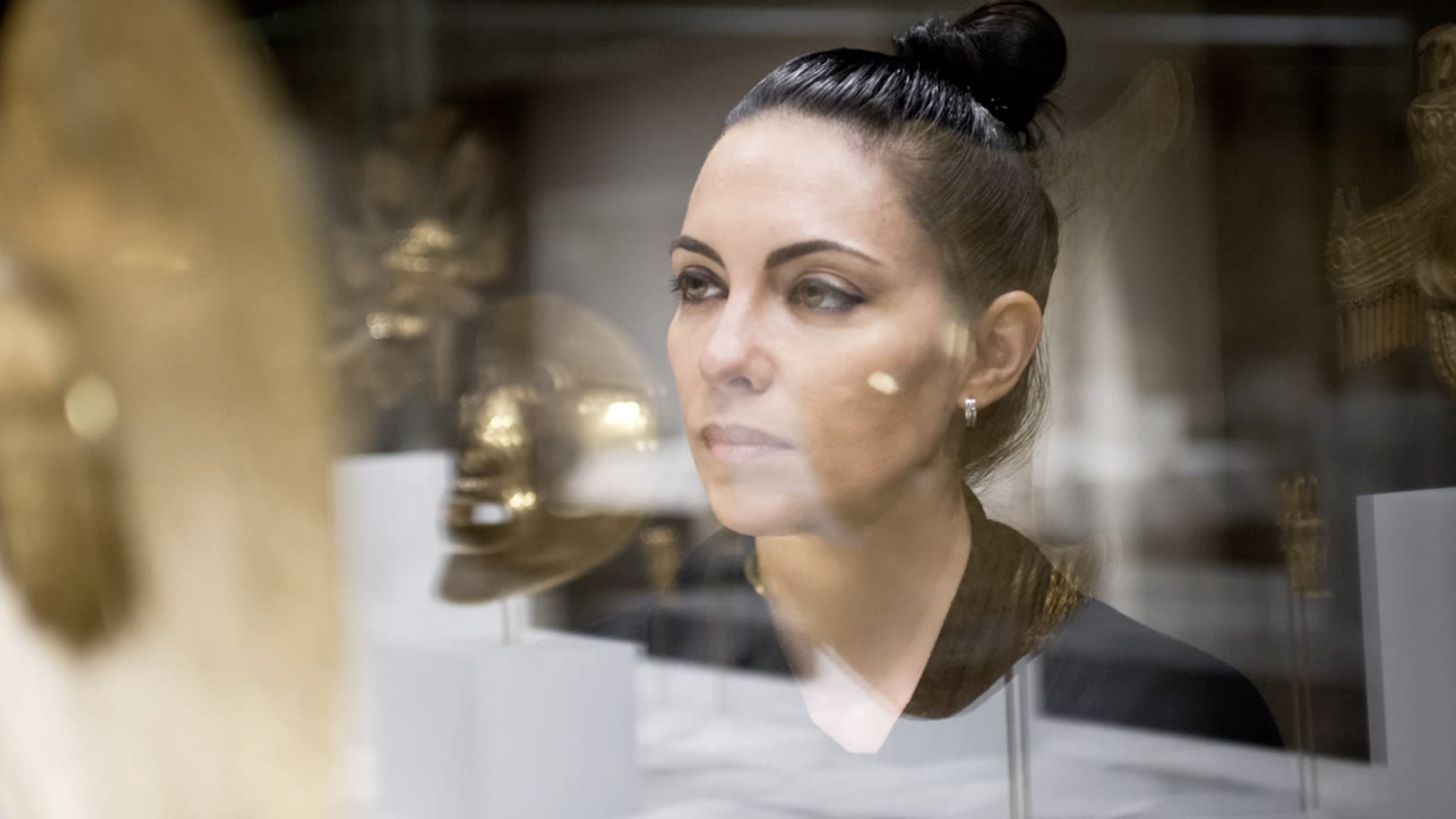 In March of this year, the Metropolitan Museum of Art launched The Artist Project, a series of 100 artists talking about a gallery or work of art in the museum that they found significant or influential on their thinking.

To date, 40 of the short videos have been posted on the Met’s website—including this one by Teresita Fernández.

In addition to the artist’s reflections on works in the Met’s Precolumbian galleries, the three-minute video offers interesting insights into Teresita Fernández: Fata Morgana, the public art project currently on view in Manhattan’s Madison Square Park.

“I make large-scale works that deal with the connection between the subterranean and the cosmos,” she says by way of introduction. “I’m fascinated by that human narrative that attaches earthly metals to heavenly counterparts—what’s below corresponding to what’s above,” a phrase that echoes the title of her recent exhibition at MASS MoCA. “Gold,” she says, “is the ultimate example of that.”

Noting the universal association of gold with the sun, Fernández says that sunlight itself would have been an important part of the effect. “That element of movement, of natural light animating these objects, is something that we’re not witnessing when we see them in the case,” she says.

Fernández calls attention to the abstract quality in some of the works. “You’ll see naturalistic representation of something dissolving before your very eyes and becoming a completely graphic, geometric, minimal shape,” she says.

She also underscores the works’ geo-historical resonance. “In the United States we often forget that America is actually the Americas,” she says. “These objects are part of an often overlooked or entirely invisible history. There’s no way to trace gold’s provenance—when you melt it down, it’s just itself.

“Most Precolumbian gold was systematically loaded onto Spanish galleons, already melted as ingots. When I see gold in the European collections [at the museum], I can’t help but know that it was once in the shape of masks or pectorals or twin crocodiles or flattened feline whiskers. It’s as though every image in a gold object has a ghost image of what it was before.

“Throughout history,” says Fernández, “there have been attempts to erase other people’s histories. In this particular case, it’s just poignant—because there was so much of it. We know that this represents greatness and yet we only have a handful of examples to point to it.

“For me this gallery is like looking at the tip of an iceberg, where one is seeing only a tiny glimpse of what we can only imagine.”

For other videos in The Artist Project, see the Metropolitan Museum website.