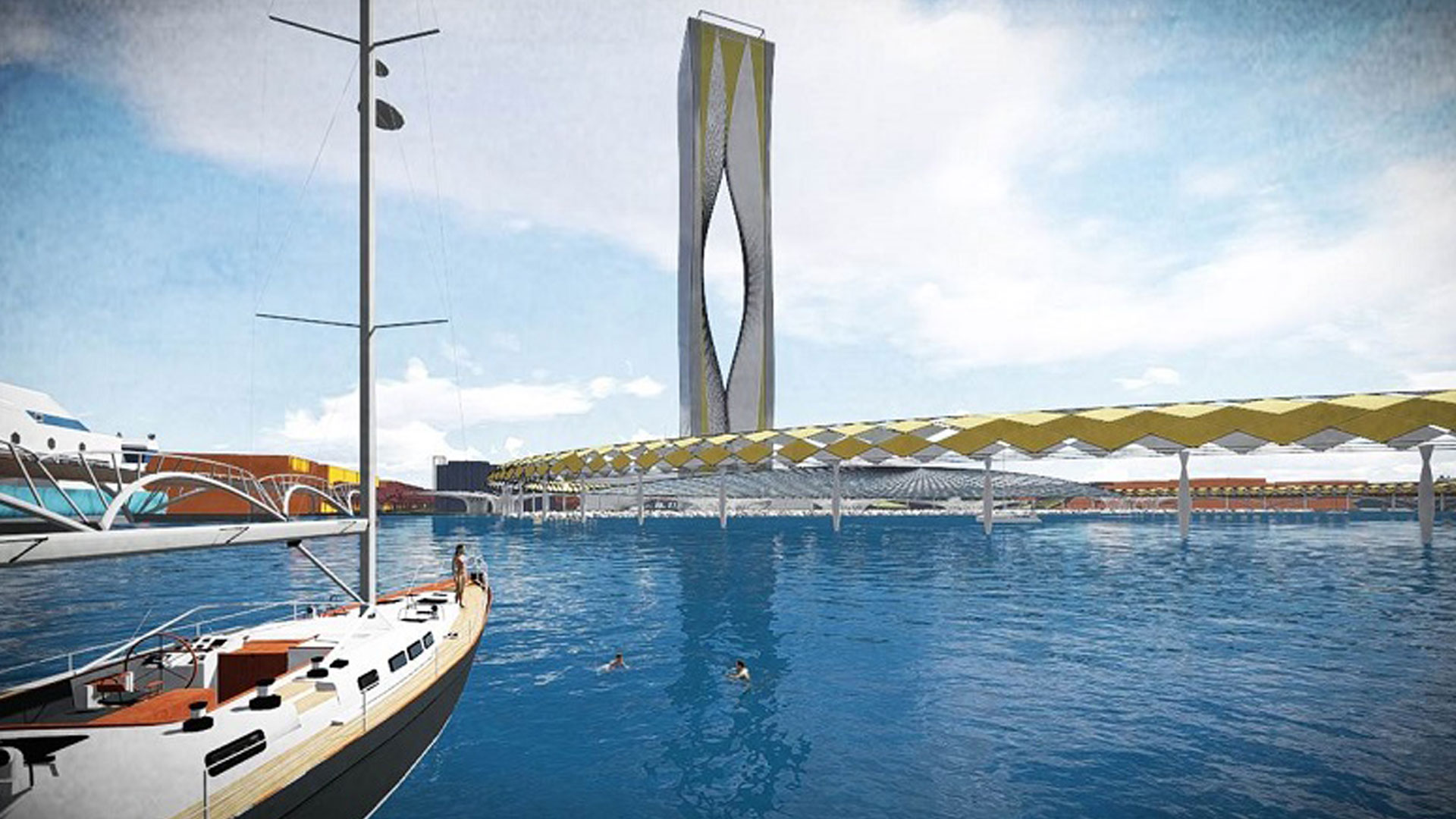 The 8th Havana International Charrette on Urban Design took place on March 15–21, at the Hotel Ambos Mundos in Habana Vieja.

Organized by the Cuban chapter of the International Network for Traditional Building, Architecture and Urbanism—better known as I.N.T.B.A.U.—the charrette was led by the Cuban chapter’s founding president, Julio César Pérez Hernández. Participants included architects, planners, artists, entrepreneurs, and civic leaders from Cuba and abroad, including Canada, Europe, and the U.S.

The focus of this year’s charrette was the district of Miramar, in western Havana. A residential neighborhood developed in the first decades of the 20th century. In addition to general development plans for the district, the group produced specific revitalization plans for the waterfront and riverside areas.

Havana expanded westward in colonial times, and in the 1860s train service started drawing people to the area’s beaches. By 1902, the U.S. intervention government had built a military camp that became part of the city’s defense system and army headquarters. In 1959, the camp was converted into an educational facility. Its airfield, which disrupted the connectivity of the city, was dismantled in 2001.

By 1911, an urban plan, based on a uniform grid, had been laid out by Cuban architect Leonardo Marales and US architect William O’Malley. As in El Vedado, the buildings featured garden setbacks, creating a distinctive streetscape, with Fifth Avenue notable for its landscaping.

Unlike El Vedado and Centro Habana, the plan for Miramar lacked a public seaside promenade, a regrettable lapse in urban planning.

Fragmentations further west informed the urban fabric of Miramar, including the Country Club Park and the Marianao Beach Amusement Park. There, an impressive collection of buildings designed by famous local and international architects, from Max Borges to Richard Neutra, may be found.

Fifth Avenue bisects the Monte Barreto area, the only remaining green territory in Miramar. This area was overtaken by a set of buildings—notably the Miramar Trade Center office park and several international hotels—that ignored building bylaws as well as the Cuban climate, economy, local building materials, and lifestyle. The unfortunate outcome of these interventions is a hostile environment without a recognizable sense of place, which neglects traditional mixed use and discourages social and cultural integration.

Participants were organized into three teams, with each working on a different aspect of the project.

One team worked on conceiving a comprehensive development strategy and detailed proposal for the district, including a feasibility analysis and financial and implementation plan.

A second team focused on incorporating key concepts into the River Walk proposal for the Almendares River previously authored by Professor Pérez Hernández. Goals here included protecting the water basin and vegetation, reinforcing the visual and functional connection of both banks of the river, and orienting activities to the water.

The third group developed an overall plan for the Miramar waterfront, integrating the natural landscape and the built environment into a civic fabric that included business opportunities, housing, and public spaces.

At the outset, all three groups agreed on several basic premises, among them: Havana’s urban fabric remains intact and should be preserved; and an ecologically, socially, and economically inclusive infrastructure is essential to further development.

In their comprehensive development strategy and proposal, the first team identified medicine, the arts, and technology as key fields of opportunity. They envisioned a diversified concept that included film production and screening facilities, music and graphic arts and design centers, technology companies, and a medical tourism and wellness center oriented to the sea, where vibrant, functioning marinas would be located. Venture investment and capital formation, workforce development, and job creation were significant aspects of the plan, as well as a fund for residential restoration and new construction.

In their work with the Almendares River proposal, the second team identified several challenges: high environmental pollution related to the river, abandoned, neglected, and deteriorating buildings, and a badly maintained forest. Yet they saw great potential for transformation.

Their proposal reflected a mixed-use, pedestrian-friendly approach, with a sensitive balance between private and public space and a density in line with that of existing neighborhoods. The plan included low-rise buildings and green spaces linked to the River Walk, and leisure and recreational activities within walking distance for residents.

Focusing on the development of Miramar’s waterfront, the third team worked on a detailed design for a medical tourism and wellness center in the Monte Barreto area, envisioning it as the new core of Miramar. Increased density, mixed-income housing, and recreational, cultural, and retail destinations were all elements of the plan, as well as the creation of spaces to promote, develop, and export Cuban technology capital.

As the participants envisioned it, multiple layers of green are woven through the complex, giving Monte Barreto a new image with a well-defined character within Miramar and Havana.

The 8th Havana Charrette produced substantive proposals that acknowledge the potential for the transformation of Miramar and promote and highlight its importance for the new image of Havana.

The Almendares River Walk proposal is most meaningful not only for Miramar and El Vedado, but for the city of Havana and its ecosystem. The proposal provides development alternatives based on sustainable principles while reactivating the economy and increasing cultural, recreational and sports facilities at the city level.

The proposed seaside boulevard lends continuity to the Almendares River Walk proposal and the Malecón. It means a significant increase of public space by the water, which combines new housing and commerce to improve both Miramar’s urban image and the quality of life of its inhabitants. It could be interpreted as a contemporary reflection on how to orient and relate the city to its landscape, inspired by the idea and the spirit of the Malecón.

Cuba might become the “Silicon Island,” as a leading provider of technology services, research, and commercialized assets in the Caribbean, by investing in the development of the country’s uniquely qualified human and intellectual capital.

The 8th Havana Urban Design Charrette was able to present both strategies and specific proposals for the Miramar district, in part because of the expertise of its participants in the areas of finance, real estate, traditional building, and urban design.

The people of Havana have the right to a livable city, one that works and remains faithful to its idiosyncratic nature. The infrastructure needs repair and thousands of homes and buildings must either be demolished or rehabilitated. We believe this massive undertaking can be accomplished with beautiful and timeless results if developments are held to the highest design and architectural standards. Therefore, they must be simultaneously inclusive, comprehensive, and scaled appropriately for Havana. This includes, but is not limited to social, ecological, and economic considerations.

The next creative era in Havana’s history has begun, and will build on the vibrancy, vitality, and diversity that make this global city such an enchanting place.

I.N.T.B.A.U. Cuba thanks the Norwegian Embassy in Havana and its head of mission, Mr. John Petter Opdahl, Ambassador, for sponsoring the Havana Urban Design Charrette.