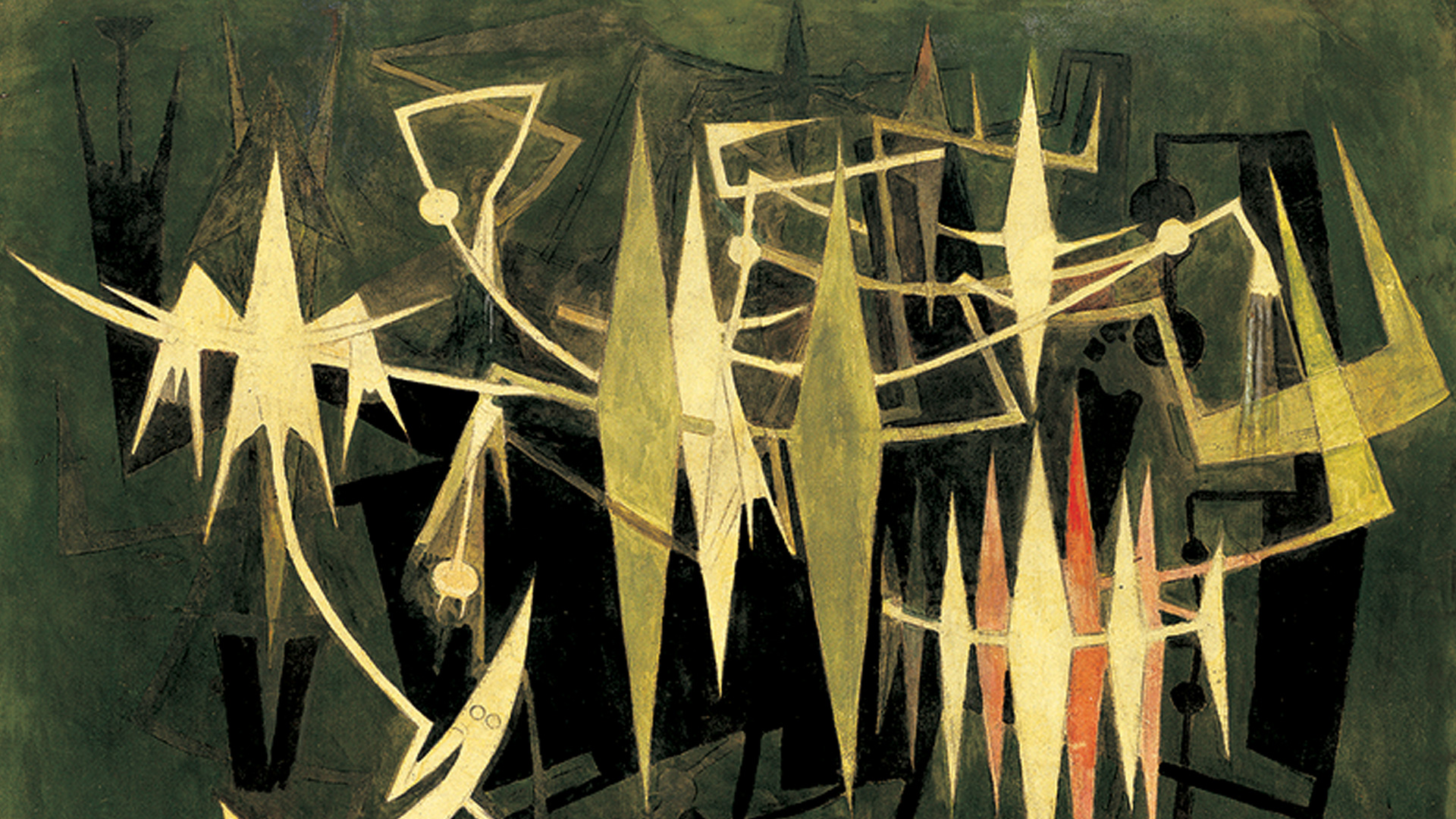 Then next year, the MNBA returns the favor with a second installment of the exhibition, presenting approximately 100 works from its collection at the Bronx Museum. In addition, the two museums are sponsoring an artist exchange leading up to the opening of each exhibition. The participants are US artist Mary Mattingly and Cuban artist Humberto Díaz.

And War Hero, now on view. At Galería Habana, Jorge Otero: War Hero has been extended into the spring. Featuring large-scale photographs and other works, the show revisits the Cuban war of independence (1895–1898), interpreting its anonymous peasant fighters with a 21st-century sensibility. On view through early May.

Lam in Atlanta. Fresh from its debut last fall at the McMullen Museum of Art at Boston College, Wifredo Lam: Imagining New Worlds heads to the High Museum of Art, where it opens on Friday evening, February 13, and runs through May 24. Along with the Lam exhibition, the High Museum is presenting Imagining New Worlds: José Parlá and Fahamu Pecou, two solo exhibitions in which the artists explore and respond to aspects of Lam’s work. The two shows will be presented in galleries adjacent to the Lam exhibition, and in a third gallery, Parlá and Pecou will collaborate on an installation work.  At 7 p.m. on February 13, Parlá and Pecou will take part in a lecture-conversation, followed by a public preview of the exhibition until  10 p.m.

Glenda León Opens in Madrid. Also this Friday, the contemporary art center Matadero Madrid opens Glenda León: Cada Respiro (Each Breath), a five-channel video installation. Commissioned for Matadero Madrid by curator Christian Dominguez, the installation presents images of earth, sky, fire, and water, all moving in the same rhythm of respiration—a poetic exploration of the breath as the bridge between the body and the world. The opening night reception starts at 7 p.m.

María Magdalena Campos-Pons in Mexico City. Opening this coming Tuesday, February 3,  at Galería Nina Menocal, Entre luces y sombras (Between Lights and Shadows) is a collaboration between the artist and critic and curator Octavio Zaya. Zaya selected the works in the show and wrote the accompanying text. Of The House, 2013, the diptych shown above, he observed: “through idiosyncratic symbols of Cuban culture, the artist takes up and explores the triangulation among her African, Chinese and Spanish ancestors, so as to distribute blessings and good will.” Tuesday’s opening reception runs from 4 to 9 p.m. at Galería Nina Menocal. The show runs through April 30.

Agustín Fernández in New York. This past weekend saw the opening of a new gallery on Manhattan’s Lower East Side, the Mitchell Algus Gallery—and with it, the premiere of its inaugural show, Agustín Fernández: Paintings and works on paper. The show runs through March 8.

Garaicoa in Afteinformado. Congratulations to Carlos Garaicoa, who was named by Arteinformado magazine as one of the Top 15 Latin American Artists of 2014 (Los quince artistas latinoamericanos con más fuerza en 2014). Garaicoa is the lone Cuban-born artist on the list, which included Doris Salcedo, Gabriel Orozco, and Vik Muniz, among others.

Pepito in Brooklyn. On Saturday, February 7, José “Pepito” Gómez, the Camegüey-born former singer with Pupy y Los Que Son Son, will have everyone on their feet and moving at Roulette in Brooklyn. There’s an open cocktail hour at 7, with dance lessons at 7:30, the show at 8 and a party until midnight. For details, see the World Music Institute website.

Hotel Nueva Isla at MoMA. This feature-length 2014 documentary by first-time director Irene Gutiérrez Torres pieces together a portrait of life at the Nueva Isla, a former luxury hotel that became a shelter for homeless people after the Revolution. Shown as part of the Museum of Modern Art’s “Documentary Fortnight” series, Hotel Nueva Isla screens on Monday, February 16 at 8 p.m. and Tuesday, February 17 at 4 p.m. Gutiérrez Torres will be there for discussions after the screenings.

Below, a short, evocative clip from the film, courtesy the Trinidad and Tobago Film Festival.