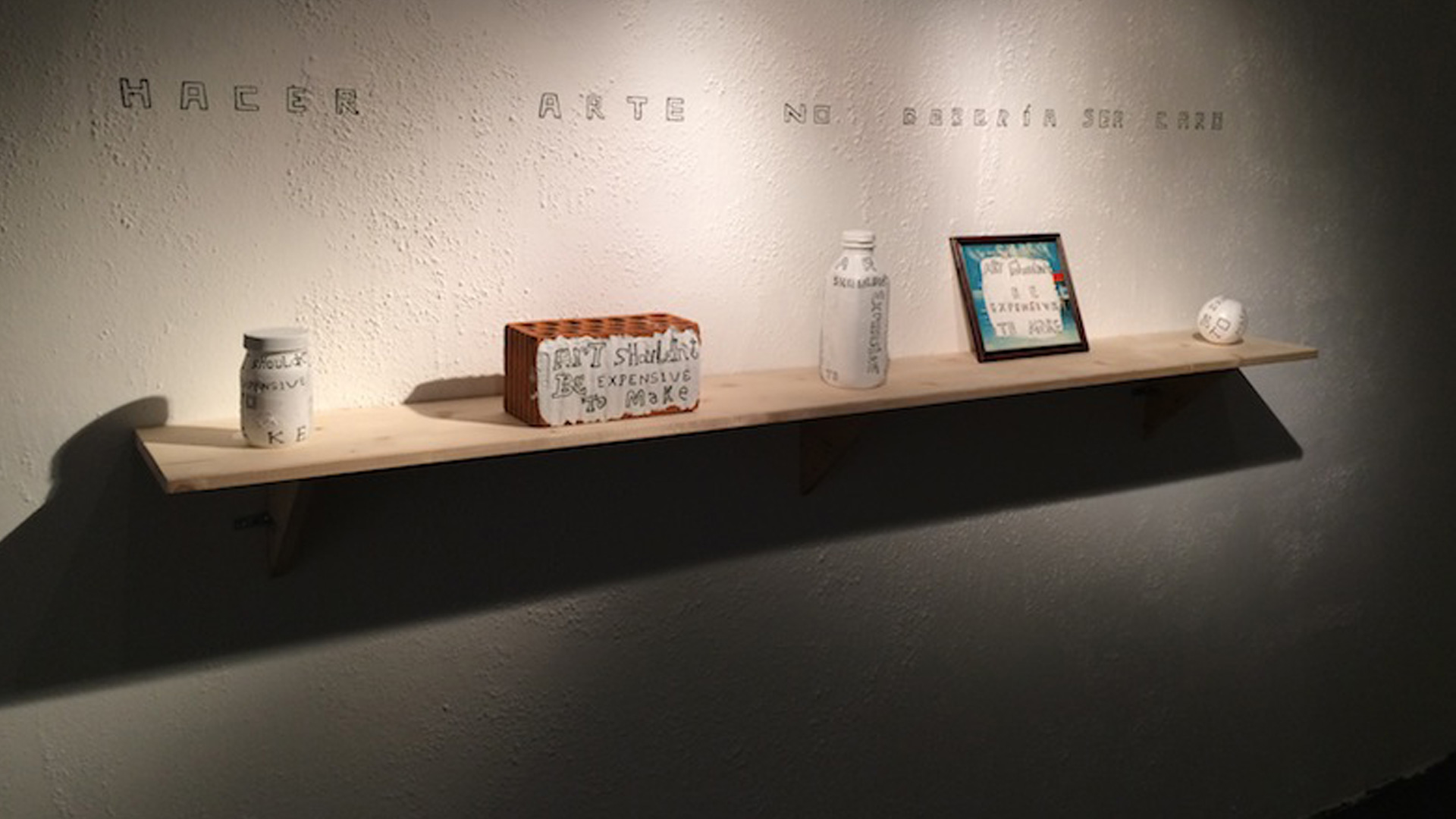 Giacomo Zaza, co-curator of the Cuban Pavilion at the 55th Venice Biennale in 2013, is the organizer and curator of a four-exhibition series of contemporary Cuban art presented by Milan’s Galleria Bianconi. The first exhibition, Cuban Contemporary Perspectives #1, opened the series with a spotlight on three artists: Eduardo Ponjuán, Lázaro Saavedra, and Tonel.

“Each of the four events is a multifaceted and fluctuating study into a given theme,” Zaza writes, “showing careful attention to history, politics, the city and everyday settings to emphasize the multifarious nature of artistry in Cuba.”

Despite their different approaches, the three artists in Cuban Contemporary Perspectives #1share what Zaza describes as “the same attention to parody, poetry, and irony, which create a sort of ‘narrative’ moving beyond the island’s physical and mental boundaries.”

Eduardo Ponjúan’s works in the exhibition include drawings focusing on the representation of gold bars and money, as well as object works made from coins, such as the tripod seen below. “His works reveal a metamorphosis of money,” writes Zaza, “whose sheer scope constitutes a cutting analysis of the potential fate of a nation and its economy in relation to global finance.”

Lázaro Saavedra’s performative and multimedia art is “constructed out of  ‘lowbrow’ languages and popular forms of culture,” writes Zaza, “but manages to touch on both codes of behavior and codes of thinking,” including the “contradictions found not just in Cuba but on the international scene.”

Saavedra’s work in the show includes Introspection, 2014, a site-specific wall installation created for Galleria Bianconi, along with other works.

“In a highly satirical vein, as always,” writes Zaza, “Tonel ventures into a maze of cutting-edge issues, such as the global economy and neo-liberalism, financial downturns and investments in stock markets, studying the links between scientific material and moral progress. This is the framework in which Amistad, 2014 (see image at top) was created.” The installation takes its inspiration from a trip that Fidel Castro made to several African countries in 1977.

The show also features an installation on one of Tonel’s recurring themes: Hacer arte no debería ser caro (Making Art Should Not Be Expensive), 2014.

In their work, writes Zaza, the three artists “reflect on socialist utopias and their failure, oral disorientation, and ‘historical discontinuity.’” In the process, Cuba “once again takes on the status of a fruitful performative frontier, a field of action and embryonic location for a kind of linguistic redesigning of art that is as aesthetic as it is ethical.”