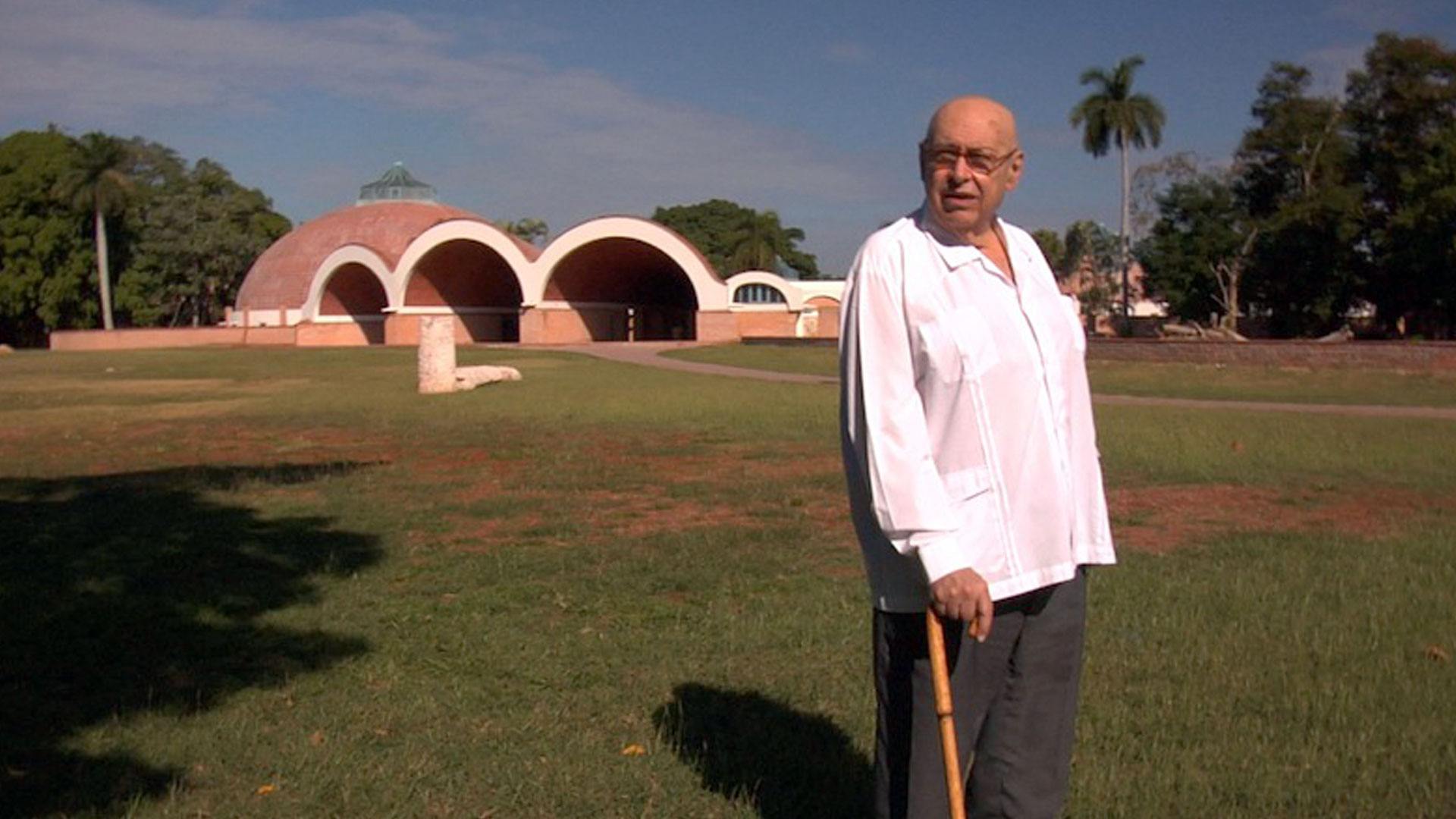 Architect, designer, and teacher Ricardo Porro passed away in Paris on Christmas Day. He was 89 years old. Porro is best known as the lead designer of Havana’s National Art Schools (now part of the Instituto Superior de Artes, or ISA), created with architects Vittorio Garatti and Roberto Gottardi. Porro designed two of the National Art School buildings, the School of Plastic Arts and the School of Modern Dance.

In his book Revolution of Forms, Cuba’s Forgotten Art Schools, John Loomis quotes architect and painter Hugo Consuegra on Porro’s impact on Cuban architecture in the 1950s. “Porro proposed the heresy of organic architecture,” Consuegra stated. “During these years Porro was enlightened—he radiated energy. His friends were painters, musicians, filmmakers, and writers, and he made himself heard in all the intellectual circles of Havana. . . . His sermons contradicted the latest wave of the avant garde, making many of the young feel prematurely old-fashioned.”

As Loomis wrote in an obituary for Porro, he and his National Art School colleagues Garrati and Gottardi brought three principles to bear in their designs for the project: “respect for the existing verdant landscape, build with terracotta brick and tiles, and for the structure employ the Catalan vault, which, with its potential for plastic form, became the formal signature for the Escuelas Nacionales de Arte.”

According to New York architect Warren James, “In Cuba, Porro took the Catalan vault and made it dance,” adding that “he painted and sculpted with it. In a Caribbean context, with a tropical exuberant landscape, his architecture remains revolutionary.”

The shifting politics and interpersonal relationships of 1960s Cuba resulted in the architecture of the National Art Schools remaining unfinished for decades. But in 1996, the Cuban government invited Porro to oversee the completion of his two buildings. The rest of the original campus remains a work in progress, under the eye of the global architectural community, whose attention was drawn by Loomis’s book and then the award-winning 2011 documentary Unfinished Spaces. As the New York Times noted, “Mr. Porro lived long enough to see his two National Art Schools — begun during a utopian moment in the Cuban revolution, then abandoned as counterrevolutionary — newly embraced around the world as the crown jewels of modern Cuban architecture.”

Unfinished Spaces directors Alysa Nahmias and Benjamin Murray wrote a brief tribute to the man they called a “friend, mentor, and muse,” which appears on the film’s website. “Ricardo, your work lives on,” they wrote, “but we will miss hearing your stories, your poetic perspectives on life and art.”

On the Cuban Art News Facebook page, one of Porro’s former students at the University of Havana offered a tribute, translated here from the Spanish. «I’m sure he will be remembered with much affection by many students who, like me, he introduced to the world of European culture and influenced so much,» the student wrote, «though as the years went by we found our own way. Rest in peace, Ricardo. Thank you.»

Here’s a two-minute trailer for Unfinished Spaces, in which Porro speaks eloquently about the experience of working on the National Art Schools and what came after.