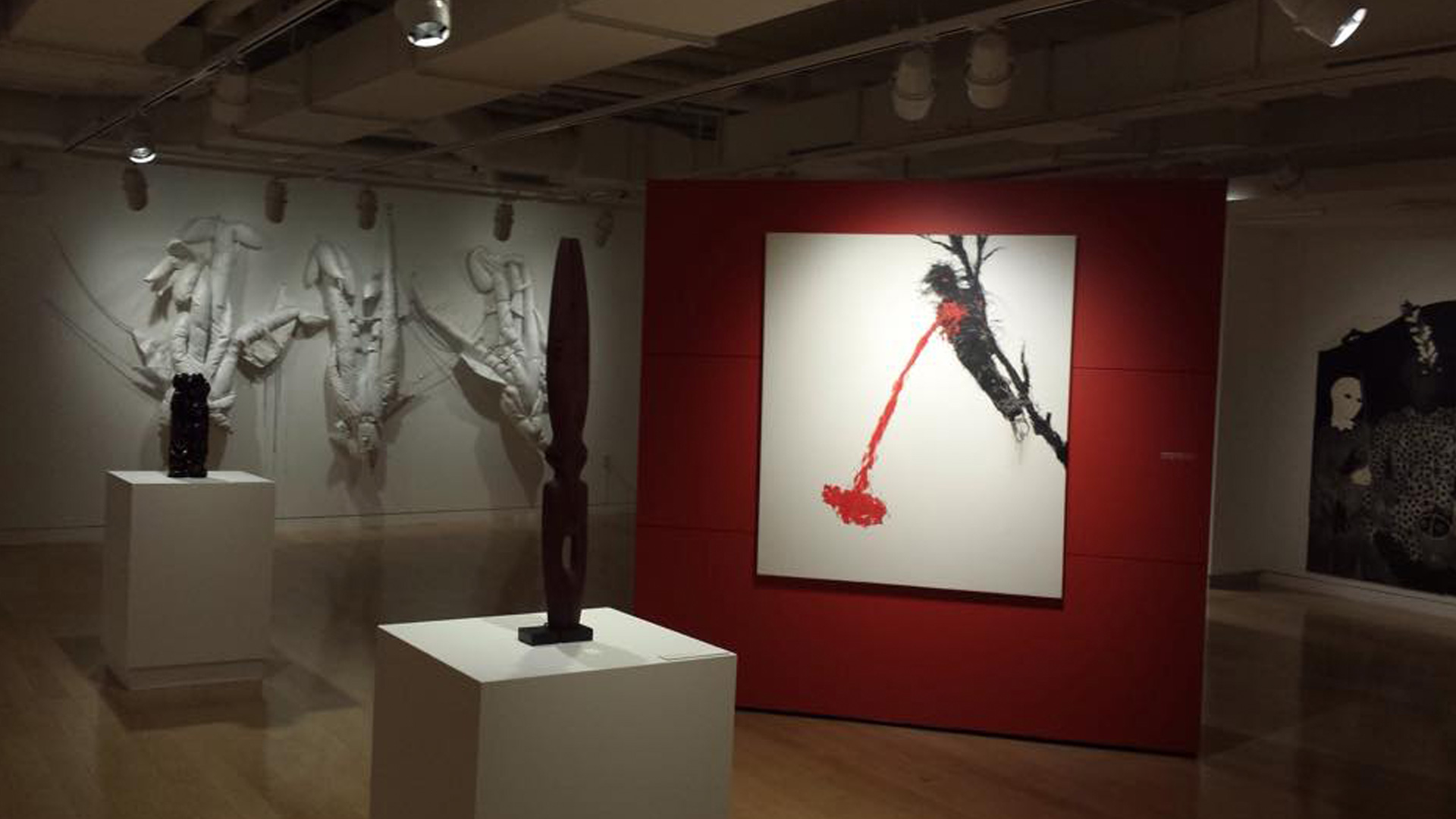 In our Update last week, we reported on exhibitions and events on the island and in Europe. Today, we focus on what’s happening in the US, including awards, fellowships, and other news.

We begin in Miami, where, with the 2014 Art Week now a memory, visitors are making the pre-holiday rounds of recently opened exhibitions.

Salvador Corratgé: Un mar de formas. At Latin Art Core, this show is a testament to this pioneering Cuban abstract artist, a member of the 10 Concrete Painters group, who died in Miami days before the exhibition opened. Through February 28.

Affective Architectures. This group show, organized by the Aluna Curatorial Collective with support from the Mexican Cultural Institute in Miami, examines the failure of the grand architectural narratives in Latin American and Caribbean cities, and considers alternate possibilities proposed by imaginative artists. Drawn from close to a dozen countries, the 23 participants include Atelier Morales, Esteban Blanco, Consuelo Castañeda, Ernesto Oroza, Rafiño, and Leyden Rodríguez Casanova. Through February 21 at Aluna Art Foundation.

Raúl Martínez: ¡El Maestro! This homage at the Center for Cuban Studies’ Cuban Art Space presents a range of the multifaceted artist’s works—paintings, prints, photos, posters, book covers, even fabric and clothing designs. If you phone ahead, CAS staff may play a rare 1984 video interview by Martínez (who speaks fluent English) with CAS director Sandra Levinson. And don’t forget to pick up a 2015 Martínez wall calendar or two for holiday gifting. On view through January 24.

Leslie Sardinias: Aguas Malas. Aguas Malas literally translates as “bad waters,” and is the Spanish name for jellyfish. Sardinias’s solo show at The 8th Floor in Chelsea is a meditation on the Florida Strait and the rafters who attempt to cross it, and a poetic evocation of the sea itself. On view through February 1.

José Parlá’s mural at One World Trade Center. This fall, after more than a decade of construction, the massive One World Trade Center tower opened in Lower Manhattan—and with it, Parlá’s mural, ONE: Union of the Senses. The artist spent eight months in his studio working on the 90-foot-long piece, and another two weeks on-site. Prominently featured in the building’s main lobby, the colorful wall-work will greet an estimated 20,000 visitors a day.

…and on to Atlanta. When the Wifredo Lam retrospective travels to Atlanta’s High Museum in February, Imagining New Worlds, a companion exhibition by Parlá and African American artist Fahamu Pecou, will be presented at the same time.

Save the date. At MoMA, Latin America in Construction: Architecture 1955–1980 offers a complex overview of architecture in the region, from Mexico and Cuba to the southernmost reaches of the South American continent. Featuring architectural drawings and models, vintage photos, and film clips alongside commissioned models and photos, the show opens March 29 and runs through July 19.

Coming to NYC this spring.  The American Friends of the Ludwig Foundation of Cuba is spearheading a multidisciplinary celebration of Cuban art and culture. Working with the Afro Latin Jazz Alliance, the Americas Society, BAM, the Joyce Theater and other partners, the group will present a full calendar of film, dance, music, and visual arts. Details to be announced in the new year.

And around the US…

Drapetomanía in San Francisco. Cuban Art News has been following the exhibition Drapetomanîa: Exposición Homenaje a Grupo Antillano (Drapetomanía: An Exhibition Homage to the Antillean Group) since its debut in April 2013 in Santiago de Cuba, tracing its travels to Havana and New York City… and now, to the Museum of the African Diaspora (MoAD) in San Francisco. The exhibition focuses on a long overlooked visual arts and cultural movement that thrived in Cuba between 1978 and 1983, proclaiming the centrality of African practices in Cuban national culture. Drapetomaníaremains on view at MoAD through January 4.

Jorge Pardo: Dads Cuba in Los Angeles. Pardo’s sixth solo show with 1301PE Gallery marks the US premiere of Dads Cuba (the absent apostrophe is deliberate), an installation piece that Pardo premiered at the Wifredo Lam Center during the last Havana Biennial. In its final state, the work consisted of a series of interlocking shaped-canvas paintings, created during the Biennial, and a grouping of handmade fabric lamps that extended the piece into space. Also on view, a series of new ceramic work that attempts to dissolve the boundaries between art and craft, high and low. On view through January 17.

María Martínez-Cañas in Washington DC. As part of its ongoing series “Portraiture Now,” the National Portrait Gallery of the Smithsonian Institution presents Staging the Self, with work by six contemporary US-Latino artists. Among them is María Martínez-Cañas, whose Duplicity as Identity(Identidad dúplice) is a series of nine images juxtaposing her father’s face and her own, in which the artist’s face gradually predominates. On view through April 12.

Un Malentendido in New Jersey. Earlier this fall, we mentioned this multigenerational show of Cuban artists who share a willingness to move beyond conventional thinking and experiment with new approaches—among them Ibrahim Miranda, Liudmila López, and Osmeivy Ortega. After a run in the Boston area, the show is now on view at the ValleyArts Firehouse Gallery in West Orange, where Un Malentendido / A Misunderstanding runs through January 18.

And in other news…

Knight Foundation funds Miami-Havana cultural exchange. Congratulations to Elizabeth Cerejido, whose project to launch an artist exchange program won backing from the foundation’s South Florida Knight Arts Challenge. The dialogue and exchange will center on questions of artistic practices, cultural identity, and the art market based on the realities of life in two distinct social contexts. An exhibition project in both cities will highlight the collaborative works resulting from the exchanges.

Amanda Cruz becomes new director of Phoenix Art Museum. The Havana-born curator and arts administrator takes the helm at the museum on February 1. Currently the executive director of Artspace, a residency and exhibition organization in San Antonio, Cruz had previously worked at the Museum of Contemporary Art in Chicago, the Smithsonian Institution, and United States Artists, a philanthropic organization supporting US artists.

Cuban Heritage Collection Fellowship – Applications Due. The Cuban Heritage Collection of the University of Miami Libraries offers fellowships in support of research by graduate students and scholars. Awards are made in two categories, the CHC Graduate Fellowships and the CHC Arts in the Cuban Republic Fellowships. All applications are due on Sunday, February 1. For more information and to apply, see the online applications for Graduate fellows and the Arts in the Cuban Republic fellows.

And for those last-minute holiday cards… Elsa Mora’s elegant cut-paper design is still available at MoMA stores and on the website.