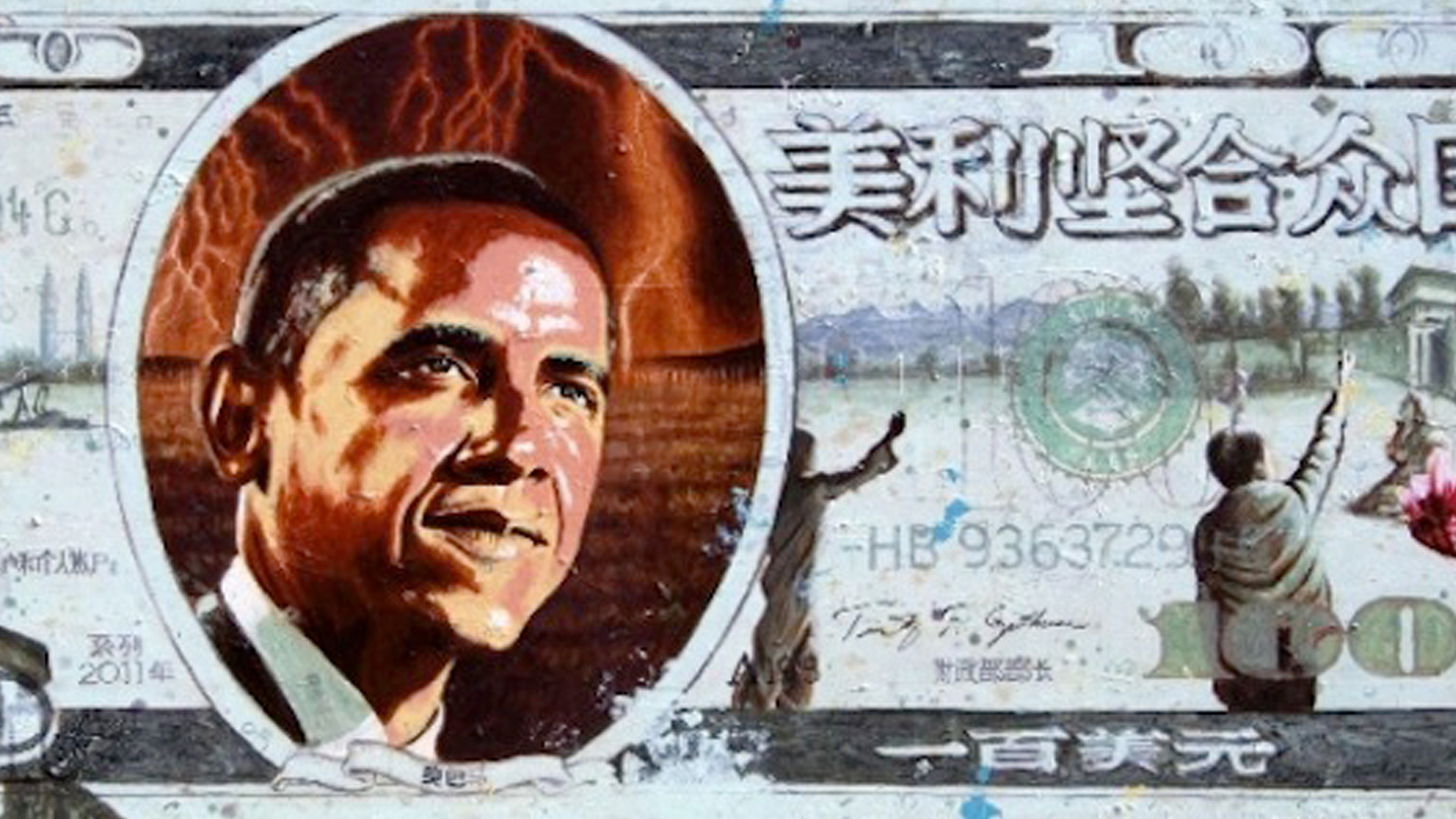 On December 10, 2013, while South Africa and the world paid tribute to former fighter against apartheid Nelson Mandela, a historic event happened within the context of the tribute. Breaking a fifty-year tradition of public non-communication between the two governments, US president Barack Obama and Cuba’s General Raúl Castro joined hands for a few moments. They even exchanged a few words. “I am Raúl Castro,” the Cuban leader stressed, in case the White House occupant didn’t recognize him.

The handshake spread worldwide, and took Twitter and Facebook by storm. From Spain, in the chilly city of Salamanca, Cuban artist Alexis Esquivel contemplates the unprecedented scene and smiles: it is undoubtedly a very special image. Esquivel incessantly collects images produced by mass media, and uses them as a basis for his work. Known in Cuba since the late 1980s, he is defined as a history painter. Or rather, as a painter who questions History.

His canvases are the laboratory where historical figures past and present are extracted from “official” photos to be “remixed,” juxtaposed with cultural artifacts from the past, or repainted following conventions of famous Western artworks. His pieces, featuring a surrealist flavor and a high dose of irony, appear as dense layers, in which even fortuitous accidents of the painting process are obvious. But they are not “layers” digitally produced with Photoshop; they’re handmade and brush-painted. Being a “traditional” artist, Esquivel has exhibited his work in major museums around the world and has gained ground in major international collections.

For Esquivel, the handshake between the two presidents is as significant for Cuban history as the crossing of the Delaware River by General George Washington in 1776, painted in 1851 by German-born artist Emanuel Gottlieb Leutze. Indeed, the image put on canvas by the Cuban artist, created in intense and rapid movements, is not destined to be a common work: the force of circumstances make it a chronicle of hope. For half a century, Cubans and Americans have desired to resolve the political dispute between Cuba and the Colossus of the North. Now, it seems the right time to cross the Rubicon: the Obama administration has taken steps toward easing the laws against Cuba, and, on the island, economic changes have thawed the official orthodoxy. This work is the icon of a change.

It is not the first time that Esquivel has reflected on Barack Obama. Previously, in the “Memorial Garden” series, he used Obama’s image dancing in the middle of the Egyptian pyramids, and also in the painting Live President, about Obama’s trip to China. However, it is the first time a Cuban artist has portrayed Raúl Castro, who has headed the island since 2006. Fidel’s brother—far more discreet and pragmatic—does not seem to attract the attention of Cuban art critics, who are busy with new technologies and neoconceptualism.

The large canvas (540 x 254cm) that Esquivel painted on a terrace in Salamanca (because his apartment was too small for such a big work) not only portrays the two main characters in a serene, almost Edenic garden, but includes a musical memory from popular culture. The title of the work, Unforgettable, throws an ironic wink at the viewer, and unties the chords written by Irving Gordon in 1951, which Nat “King” Cole interpreted to Cubans at the island’s Tropicana Cabaret on a cool February night in 1958—just a year before the rebel troops headed by Fidel (and Raúl) entered the city, free of Fulgencio Batista. If a painting is like a centaur, “half picture, half words,” this is also a jukebox, and a time machine.

In the West Wing of the White House, a copy of Leutze’s painting of George Washington greets visitors in the reception area; it is a recognizable icon of American history. When Cuba and the United States finally recognize their similarities and differences (more the first than the second), perhaps in a hall of the Palace of the Revolution in Havana, Esquivel’s picture will also find its final location.