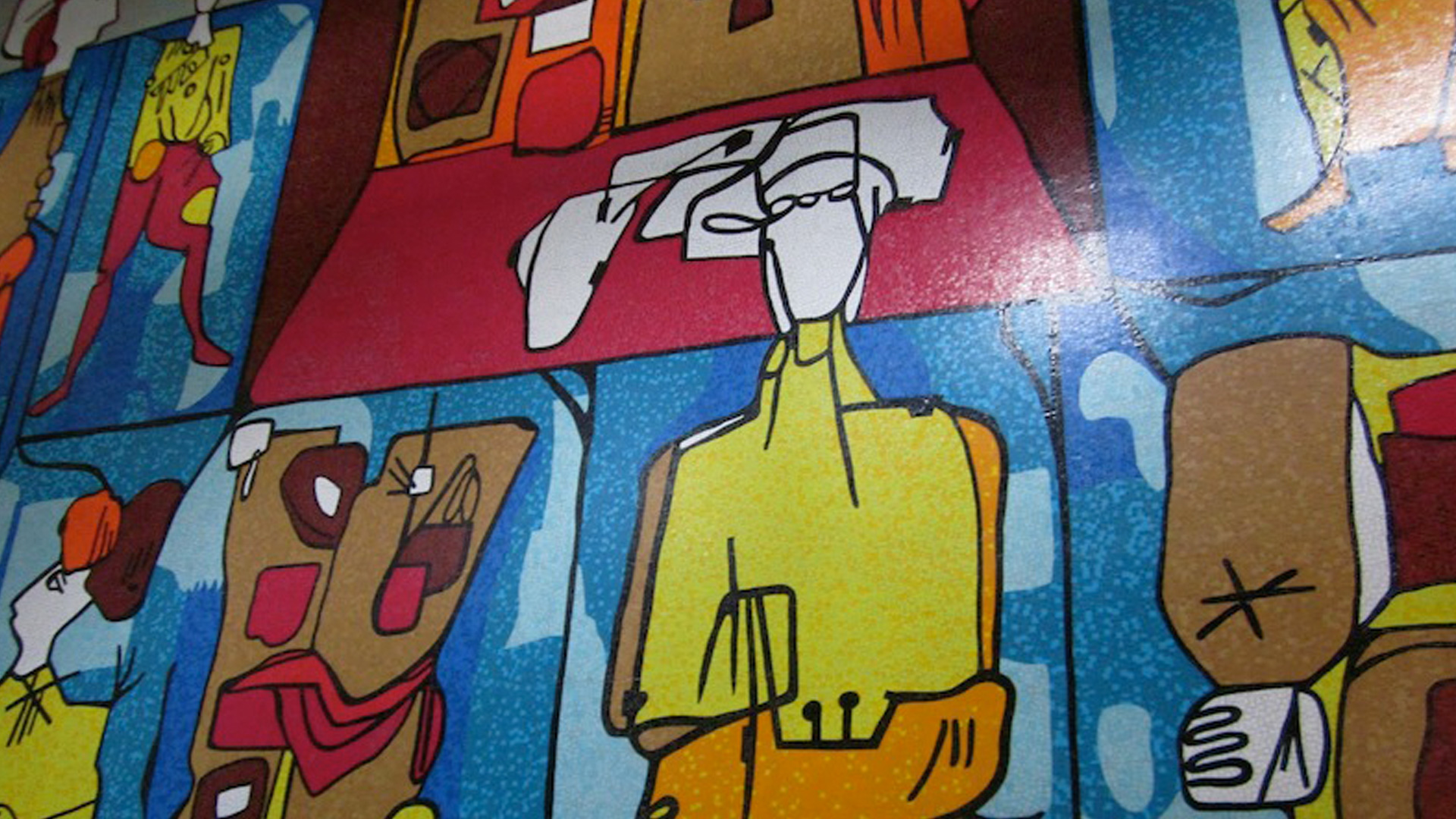 With projects like Los Carpinteros’ Cardboard Beach in Toronto and Arlés del Río’s Nearness in New York’s Times Square, public art has jumped into the spotlight this summer. We thought it would be interesting to shift the focus to South Florida, and the artists of Cuban descent who’ve been contributing to the public art scene there for several decades. In the first of two articles, Rafael DiazCasas introduces some of the most prominent artists and artworks.

South Florida has the biggest Cuban population outside the island, and the artistic community is strengthened by a complex concentration of affluent collectors, a system of year-round art fairs, and a well-known circuit of public and private museums. Parallel to that, since 1973, Metro Dade has run one of the most ambitious public art programs in the U.S. This program operates under the umbrella of Art in Public Places, and is overseen by a citizens’ trust appointed by the Board of County Commissioners, which acts on behalf of the public interest.

The citizens’ trust has supported a significant number of projects by international and local artists. Among those of Cuban background are Carlos Betancourt (b. 1966), Still Zoo at the Amazon and Beyond Pavilion in the Miami Zoo (2009) and Realm of Secret (2010) at the Miami International Airport; Leyden Rodríguez-Casanova (b. 1973), whose September Trophy (2012) is located at Kendall Soccer Park; Connie Lloveras (b. 1958), Reaching for Miami Skies (1994) at Brickell Station of Metromover and Circle (2004) at the North Shore Youth Center in Miami Beach; Glexis Novoa (b. 1964), New Economic Order (2003–2005) for the Miami Riverwalk; and Lydia Rubio (b. 1946), with works at the Women’s Park in Fontainebleau, Miami (2009) and All Night Long We Heard Birds Passing (1999) at Terminal F of Miami Port 2, the port for international cruises. Rubio was also commissioned by the Raleigh-Durham International Airport in North Carolina to create two site-specific sculptures, the Gate of Earth (2009) and the Gate of Air (2011).

Also under the umbrella of Art in Public Places, from 1994 to 1996 Cuban-American María Martínez-Cañas (b. 1960) developed a 40-by-40-foot light-based mural, Años Continuos, at the Miami International Airport, Concourse D. A complex disposition of black-and-white translucent images of maps, travel documents, and cultural symbols is arranged and juxtaposed to create a visually rich, oversized collage that explores issues of personal history, cultural identity, and the passage of time—all metaphors for the continuity and development of life as perpetual migration.

Martínez-Cañas’s mural engages airport travelers in a visual dialogue, making them stop and reflect as they move on to their destinations. The work sits amidst a more traditional expression of public art.

The aesthetics of public art, in which the site is primary by definition, have at times encouraged artists of a more avant-garde bent to create work that’s more in line with conventional standards. Some of these artists active in South Florida are Carlos Alfonzo (1950-1991), José Bedia (b. 1959), Rolando López Dirube (1928-1997), and Enrique Martínez Celaya (b. 1964), all of whom have worked in a creative milieu that also includes such traditional artists as Manuel Carbonell (1918–2011) and Tony López (1919-2011), who is one of the most prolific Cuban-American artists among this group.

Migrating to Florida in 1958, Tony López created sculptural monuments in cities across the U.S. South. Examples of his work include the 18-foot obelisk complex, The Torch of Friendship (1960), a celebratory park of Pan American integration sited at Bay Front Park on Biscayne Boulevard in Miami; the imposing Holocaust Memorial (1985), developed in collaboration with architect Kenneth Treister in the Miami Beach Convention Center area; and the rendition of José Martí (1996) that stands in the David Parkway District in New Orleans, Louisiana.

Following a similar path is the Miami-based Martínez Celaya, who migrated with his family at a young age. His The Tower of Snow (2012) is an oversized bronze sculpture depicting a boy on crutches carrying a house on his back, which stands outside the Freedom Tower at Miami Dade College. The sculpture, which explores themes of foreignness and displacement, marks the 50th anniversary of Operation Pedro Pan, which brought thousands of Cuban children from the island without their parents between 1960 and 1962.

Martínez Celaya’s over-conceptualized work ends up taking a conventional form that does not set him apart from the usual commemorative monuments, such as Cundo Bermúdez’ Flora, la Recogedora de Sueños (installed 2012). A 25-foot-high freestanding bronze sculpture, sited on the other side of Biscayne Boulevard at Miami Bay, the work was a gift to the city by Bermúdez (1914-2008), in acknowledgement of the welcome he received in Miami and the long and successful career he enjoyed there.

Working under the auspices of Miami-Dade County Art in Public Places, Bermúdez and José Bedia have works at Adrienne Arsht Center for the Performing Arts. Under the same program, Rolando López Dirube created The Little Labyrinth (1978) at Perrine Gardens Park, and Carlos Alfonzo is represented by Ceremony of the Tropics (1986) at the Santa Clara Metrorail Station.

Visible from the street at the Arsht Center for Performing Arts, Bermúdez’s Ways of Performing(2006) is a 28-by-40-foot, lavishly colored glass mosaic tile mural in the lobby of the Studio Theater. It celebrates music and performance, highlighting the artistic process and backstage theater life.

Bedia designed two monumental pieces consisting of terrazzo floors and balcony railings, which overtake the lobbies of two performance halls.  The terrazzo floors are the centerpiece of both the Dolores and Sanford Ziff Ballet Opera House and the John S. and James L. Knight Concert Hall lobbies, welcoming the patrons with depictions of giant, outstretched hands—a metaphor for applause. They reach across the plaza as a unifying gesture, visually uniting the two buildings and creating a central symbol that’s become an icon for the institution. The upper tiers of the center’s two halls are adorned with Bedia’s etched glass railings, one in gold and the other in silver, to match the bands in the terrazzo floors in the halls.

Still standing and actively used, Rolando López Dirube’s sculpture-park complex in Miami’s Perrine Gardens housing project is a group of precast concrete abstract sculptures. Created for children to play on, the centerpiece is a compilation of geometric structures having concentric circular and half-circular forms at the center and large, rectangular arms extending outward. In a private commission, Dirube did a ceramic mural inside the lobby of One Biscayne Tower (1973) in Miami, which was later destroyed in one of the building’s renovations.