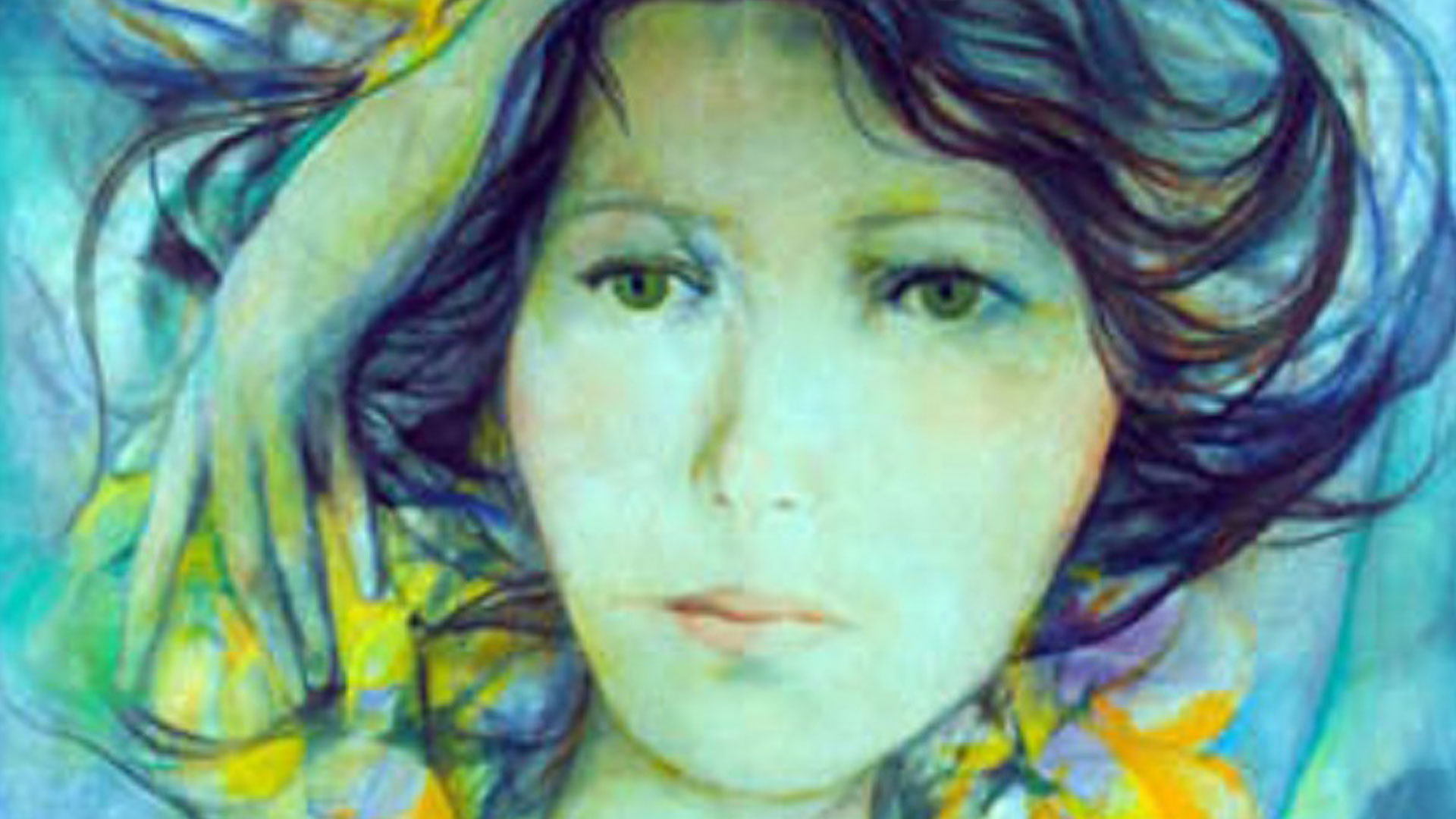 Just three months after the Cuban Revolution ushered in a new political era on the island, the revolutionary government enacted Law No. 169 on March 24, 1959, establishing the Cuban Institute of Film Art and Industry (ICAIC). Fifty-five years later, ICAIC continues to play a significant, albeit evolving, role in the cultural landscape of Cuba. In April, as the Havana Film Festival New York (HFFNY) celebrated its 15th edition, Luciano Castillo, director of the André Bazin Media Library at the International Film and Television School in San Antonio de los Baños (EICTV), presented a special program celebrating ICAIC’s 55 years.

The fundamental principles of ICAIC were established under its first director, Alfredo Guevara. Cinema was viewed as an art form and also as a tool to educate the masses. According to Mr. Castillo, “authenticity was the new cinematography’s most distinctive feature,” starting with the first documentary Sexto aniversario (Sixth Anniversary), by Julio García Espinosa (1926– ), and the first feature Historias de la Revolución (Stories of the Revolution), by Tomás Gutiérriez Alea (1928–1996). The documentaries of Santiago Álvarez (1919–1998) and others became known as the Cuban Documentary School, and had a wide-ranging impact both abroad and throughout the island, where “cine móvil” (mobile cinema) brought moving images to isolated regions.

For this tribute, Mr. Castillo curated a series of features, shorts, and animated films from each decade of ICAIC’s existence, which he presented during HFFNY’s weeklong run. He also participated with film scholar Jerry Carlson in a program called “New Cuban Cinema: 55 Years of a Shared Dream,” which was presented to a packed house at the Bildner Center for Western Hemisphere Studies at the CUNY Graduate Center.

At the Bildner Center event, Mr. Castillo pointed out that Cuban films had no international distribution before 1955. Filmmakers such as Gutiérrez Alea and García Espinosa had studied abroad but returned to help found ICAIC. They were inspired by Roberto Rossellini and the Italian neorealists, and many European directors were invited to ICAIC to help train a new generation of Cuban filmmakers. During the 1960s, Cuban films began to receive international awards. Professor Carlson observed that it took ten years for Cuban cinema to make its way to the U.S., but eventually Cuban films began to be shown in art-house cinemas. He noted that U.S. reviews of Cuban films at the time had a “touch of condescension.” Classic Cuban films of the 1960s have remained in circulation, but people “have gotten stuck with the canonical works,” said Carlson, and productions from later decades are not well known here.

The Bildner Center program included a screening of Historias de la Revolución / Stories of the Revolution (1960, 81 min.). This first feature film produced by ICAIC was Gutiérrez Alea’s directorial debut. It reenacts three important episodes of the armed struggle. against Batista’s dictatorship in 1950s Cuba: “El herido / The Wounded Man,” “Rebeldes / Rebels,” and “La batalla de Santa Clara / The Battle of Santa Clara.” Epic battles scenes are shot on location with convincing realism that captures the tensions, fears, and courage of combatants. In “Rebeldes,” we see celebrated actor Reynaldo Miravalles in his first role, as a milkman who aids a wounded man. (The HFFNY also featured Miravalles in his most recent role, in Gerardo Chijona’s Esther en alguna parte.)

The selected shorts in Mr. Castillo’s program included Santiago Álvarez’s internationlly famous Now! (1965, 6 min.). A precursor of the video clip, this short is one of Álvarez’s best-known works. To the tune of “Hava Nagila,” singer/actress Lena Horne renders new lyrics by Betty Comden, Adolph Green, and Jule Styne, turning “Now!” into a Civil Rights anthem sung over photographs and newsreel footage of the mistreatment of Civil Rights activists in the southern U.S. in the early 1960s.

Other feature films included De cierta manera / One Way or Another (1974, 79 min.), directed by Sara Gómez, who was one of the few early women directors at ICAIC. Miraflores, built in 1962 by its inhabitants, was the first effort of the Revolution to eradicate slums. This community is the setting and background for a fictional love story as Yolanda, a teacher, and Mario, a worker in a bus factory (and a typical macho man), each struggle with the conflicts that arise in both their personal and work lives as changing conditions uproot old customs and attitudes. This was Gómez’s first feature and one of the few by an Afro-Cuban director. Gómez died at age 31 before the film was completed; it was finished several years after her death by Tomás Gutiérrez Alea and other ICAIC colleagues. The film can be seen (in seven parts) on YouTube.

Baseball has long been a Cuban passion. In Rolando Díaz’s En tres y dos / At three and two(1985, 102 min.), celebrated baseball player Mario (Truco) López struggles to come to terms with his impending retirement and the issues it raises in his personal as well as professional life. Now it’s the final inning of the championship game; he’s at bat and the score is three balls, two strikes. What will the future hold? This was one of the rare Cuban films we’ve seen that features a predominantly black cast.

The HFFNY also presented a documentary by Lourdes Prieto: Hay un grupo que dice… (2013, 81 min.), which tells the story of the music that animated many of the early ICAIC productions. Named after a song by Silvio Rodríguez, this documentary explores the history of ICAIC’s Grupo de Experimentacion Sonora (GESI), a symbol of cultural resistance and creativity founded by Silvio Rodríguez, Pablo Milanés, Eduardo Ramos, Sara González, Noel Nicola, and Leo Brouwer. Their songs became the music track of many early ICAIC productions, and were often considered the “sound track of the Revolution.”

Retrato de la Habana (1998, 4 min.) was a late work by Humberto Solás (1941-2008), who directed the now-classic feature Lucía (1968). Throughout his career, Solás continued to make documentaries and shorts, in addition to feature films. This short is a poetic and romanticized portrait of the city, following a young couple to various locales as they meet, fall in love, and marry. There are also scenes of an unnamed painter painting. Servando en tres tiempos / Servando in Three Times (2006, 12 min.), by Lourdes de los Santos, celebrates the life and work of Cuban painter Servando Cabrera Moreno (1923–1981). The film shows many details of his paintings (but no whole canvases), and views of his collection of folk art now in the Museo Biblioteca Servando Cabrera Moreno in Havana.

The sampling of animated films from the past five decades included El Cowboy (1962, 8 min.), by Jesús de Armas, which satirizes American Western films. In El lenguaje / Language (1970, 5 min.), by Hernán Henríquez, the cavemen (and one woman) of Gugulandia argue over what to name a fruit. Quinoscopio 1(1985, 6 min.), by Juan Padrón, was the first of the “Quinoscopio” series based on designs by Argentine cartoonist Joaquín Lavado (Quino). Filminuto No. 20 (1990, 6 min.), by Juan Padrón, Mario Rivas, and Tulio Raggi, is a collection of clever and humorous shorts. New technological developments contributed to the magical atmosphere of Yemeli Cruz and Adanoe Lima’s charming tale La luna en el jardín / The Moon in the Garden (2012, 11 min.). In a pleasant garden in the middle of the night, surrounded by the chaos of the city, a woman gazes at the full moon and experiences something unbelievable.