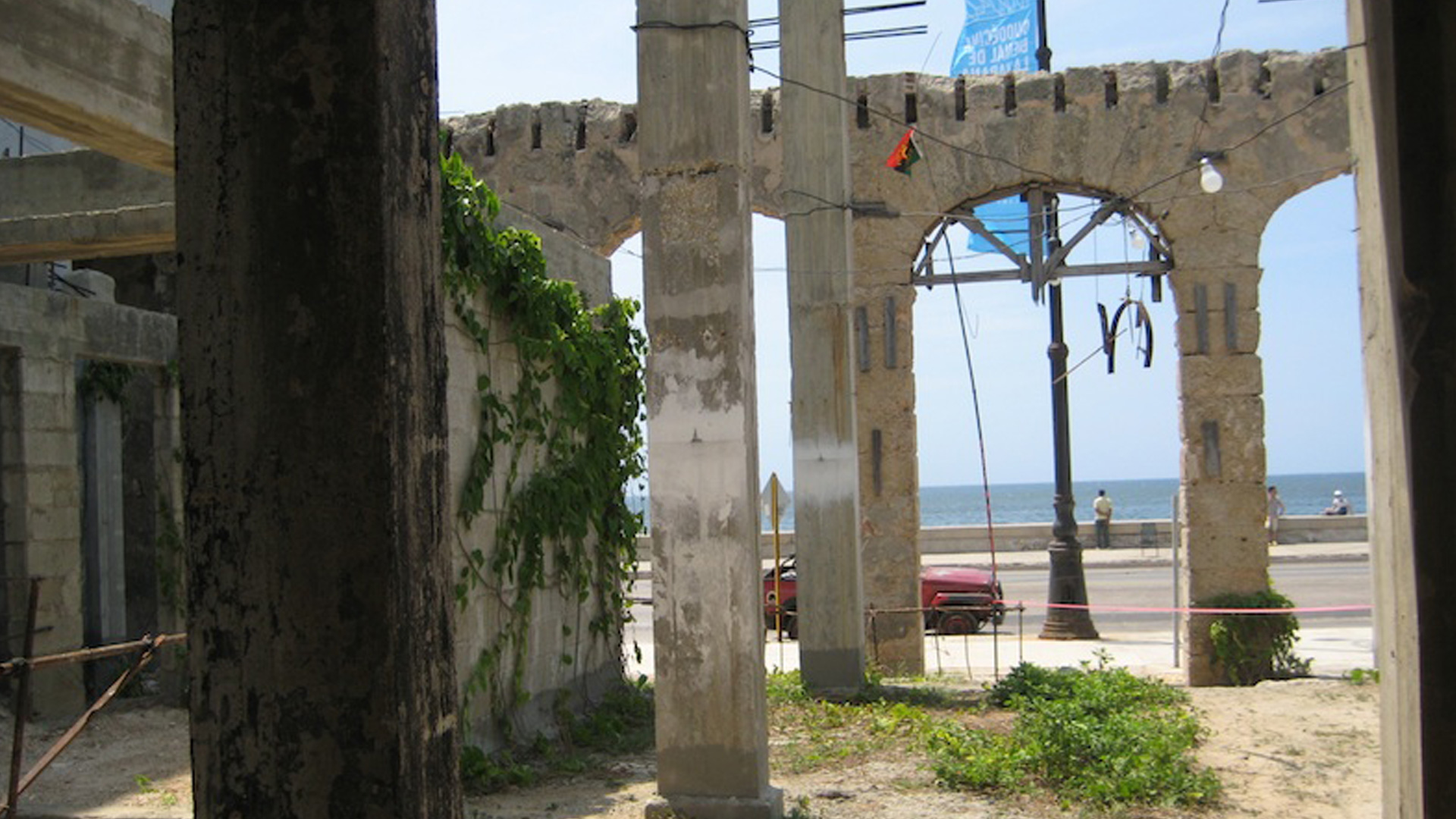 The lounge chairs in Arlés del Río’s fantasy beach are constantly occupied, and the ice rink by US artist Duke Riley has snared the lion’s share of the press coverage. But El vacío (Emptiness), a site-specific installation by Glexis Novoa, may be the most thoughtfully conceived and contemplative work in this year’s edition of Detrás del muro (Behind the Wall).

Some 15 tiny wall drawings are scattered through the ruins of a building across from the Malecón. Meticulously executed, they comprise a narrative that encompasses “social and political ideas and history, related to Cuba, related to the past,” Novoa said in a conversation just before the Detrás del muro opening. “The connection with Russian Communism and Eastern European countries.”

But that, said Novoa, is not what the project is about.

Instead, the idea is to shift attention “from the object to the space and what happens in the space. I like people to experience the space and create their own identification with it, their own connection,” and then consider the community around it, its location in the city, and what significance that might have.

“I use the drawings to induce people to walk through the space,” he said, “guided by curiosity.”

This particular site is actually a ruin within a ruin. “It’s a building where construction started, then stopped, and it became a ruin. But a new ruin, inside an older one.” At the front of the site, he said, “You can see the arches of the old hotel that was in this place.”

But the site is not simply a part of history, it’s part of present-day Havana. And this is where the theme of this year’s Bienal, “Between the idea and the experience,” comes most sharply into focus.

Though the site is a ruin, said Novoa, it’s still inhabited. “I respect the people that live here and I respect their space,» he said. «And they helped me, in the same way that they built their own spaces here.”

Novoa hired the residents to help prepare the site for the installation. Improvised hand railings and an abundance of plantings attest to the care that was taken. “They went far away to get the plants,” Novoa said, because they realized that I was making the space nicer.” Two truckloads of garbage and debris were hauled from the site, which was then cleaned using a high-pressure hose.

As Bienal participants and Habaneros alike swarmed the Malecón on Sunday, May 24—opening night for Detrás del muro—Novoa welcomed visitors to the ruin within a ruin.

In keeping with the theme of the drawings, a violinist was on hand during the opening to perform a symphony by the Soviet composer Dmitri Shostakovich, which had been presented following the death of Josef Stalin in 1953.

Novoa was exhilarated by the crowds who traversed the space in pursuit of one drawing after another. “Now,” he said, “The work is complete.”

Emptiness and the other projects in Detrás del muro remain on view through June 22.