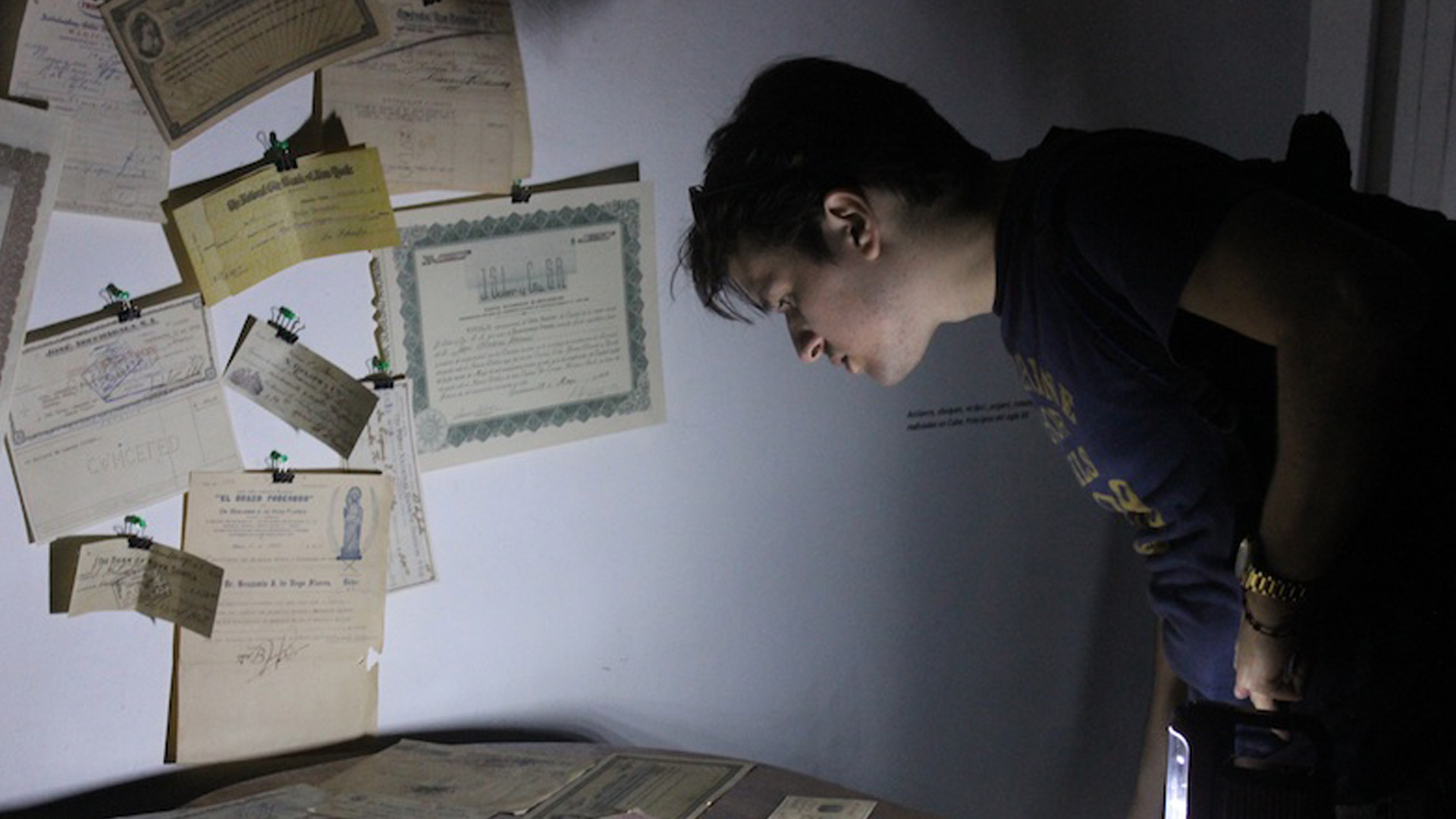 Last Thursday, Cuban Art News ran a “sneak preview” interview with Celia and Yunior, whose new exhibition, Sala Discontinua (created with Ricardo Miguel Hernández), opened the next evening at the Centro de desarrollo de las artes visuales (DCAV). Now, here are some photos from the opening that convey much more clearly what the artists had in mind, and the impact of the exhibition on its viewers.

In their email interview last week, Celia and Yunior wrote that Sala Discontinua “is a project that deals with fragments of microhistory of the island,” through assemblages of documents that, “not being part of major historical accounts,” have remained “dispersed in family drawers and trading circuits in the city. Pieces of a patrimony,” they wrote, “that we try to connect with fragments of a present that reveals itself to us anew.”

A general view of Sala Discontinua before the opening.

The exhibition was lit only by hand-held rechargeable lamps, “such as those we use in our homes during power cuts,” wrote Celia and Yunior. “This is a decision that refers to the way we relate to these pieces of our history, referencing the fragmentation, the micro, and the scarcity of light.”

The documentation in Sala Discontinua falls into five categories: letters of transit and registries of slaves; passports with visas to or from Cuba; checks, deeds, account statements; postcards and photos; and scholarship medals from various educational centers. “Each of these items focuses on topics of interest today in the island,” wrote Celia and Yunior: “migratory mobility, economic diversification, and the restoration of civic virtues, among others.”

“The project concludes with a group of installations that mix together various elements: the documents previously mentioned and some household furnishings from the home of friends,” wrote Celia and Yunior. “All are arranged in the space in such a way to make it seem like an ergonomic approximation of these pieces of history.”