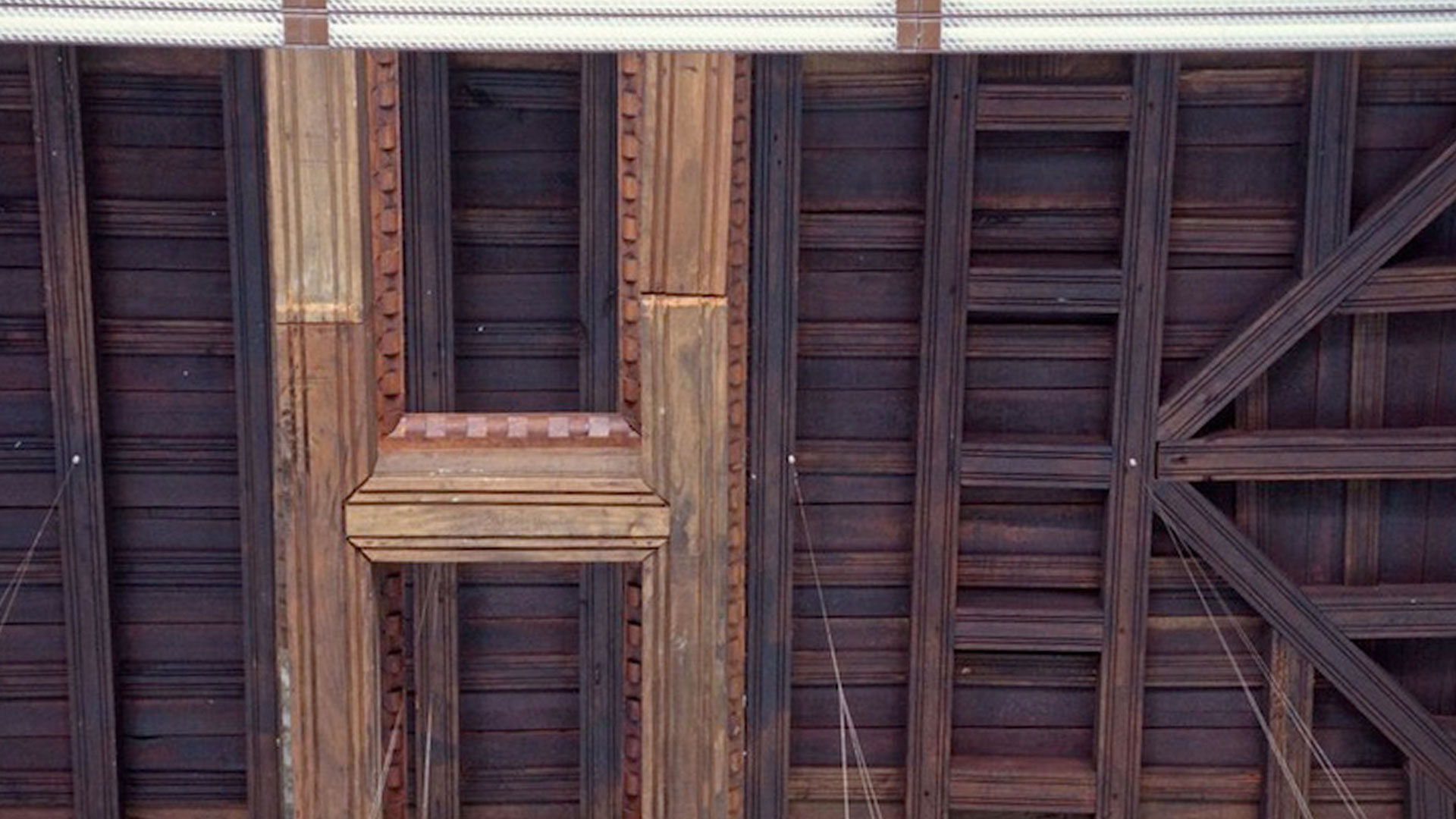 Dr. Alka Patel is a scholar of 12th- to 18th-century art and architectural history of South Asia, focusing on the region’s Islamic influences and its connections with Iran and Central Asia. An associate professor at the University of California, Irvine, Patel’s interest in Cuba sprang from her study of Muslim communities in southern Spain and northern Africa and their diasporic movements. In pursuing the consequences of such historical events as the “Reconquest” and Inquisition in Spain, Patel landed—literally and figuratively—in Cuba.

Based on her research on the island in 2003, Patel contributed an archive of approximately 600 architectural photographs to ARTstor, a nonprofit digital library of more than 1.6 million images in the arts, architecture, humanities, and sciences that is available to educators, scholars, and curators in 46 countries. Patel’s photographs reveal patterns, designs, and architectural forms that transcend regions and religions, and have been valued by many different societies for their singularity and beauty.

Here, Patel shares and comments on 7 photographs from her collection, touching on key design motifs, building styles, craft practices, and cultural exchanges that have left their marks on the built environment in Havana.

Tell us about Los Jardines de la Tropical in Havana. What are we seeing in this photo?

Los Jardines de la Tropical is really intriguing. It’s garden folly—a type of pleasure garden, if you will—as well as a beer garden and place of leisure, which opened in the early 20th century. Until the 1960s, it was a spot for drinking, dancing, billiards, and other pursuits. Today, it’s a popular dance hall and concert venue on the outskirts of Havana, attracting locals and tourists alike.

The interior area of this particular salon space is also quite interesting. The designers really tried to replicate the Alhambra in Granada, Spain, down to the epigraphic details. The architects—from the noted North American firm McKim, Mead, and White—did their research. They copied parts of the Alhambra and created a pastiche, so there are rooms, or parts of rooms, that were chosen for their decorative motifs and serve as the kernel of an entire hallway or salon.

The structure is an excellent example of an architectural folly, but it’s probably much more accurate than the present-day Alhambra. That structure in southern Spain is now colorless white stucco, while La Tropical’s salon is polychrome—garishly, to our contemporary eyes—like the Alhambra was originally. It’s in keeping with the maurophilia—the fascination with medieval Spanish and northern African cultures—that filtered through the West in the early 20th century.

[NOTE: Designed in the early 1900s, Los Jardines de la Tropical was also part of the wave of Art Nouveau architecture and design that swept Havana in the first decades of the 20th century. The design and architectural “zeitgeist” of the time was informed and inspired by such notions and styles as Egyptomania and Art Nouveau, which can be observed in buildings and structures in Havana as well as in other cities. —Ed.]

Here’s a shot of the ceiling in la Iglesia del Cristo de Buen Viaje in Havana. What makes it architecturally unique?

The ceiling is made of carved wood. It recalls the culture of the Moriscos, Muslims in Spain who converted, voluntarily or by force, to Christianity, and  forms associated with mozarabic culture in Spain. Yet here they are in Cuba, in a church. In parts of Spain, too, there are churches where you can see this. Building practices and forms weren’t strictly associated with Islam or the culture that the Inquisition sought to eradicate, and a lot of the very refined artisanal practices, such as geometric woodcarving, were appreciated and valued. Clearly, Morisco forms and designs were applied in secular, religious, and residential structures. Today, forms such as the alfiz—a rectangular architectural adornment enclosing an arch—or the horseshoe arch, or geometric carvings may seem inextricably linked with Islamic culture, but historically they’ve been received in a different way: as highly appreciated and widely applied designs.

The Convento e iglesia de Santa Clara de Asis was established in the 17th century. You mentioned that it’s been conserved, and part of the site has another use.

This complex is interesting due both to its early foundation and its later conservation history. The site is now used, in part, as a lab for the conservation of objects, an example of the ingenious reuse of buildings throughout the Havana area—a wonderful topic in itself!

I interviewed one of the staff members at the site, who reported that the restoration of the church ceiling required the extremely hard wood that had been native to the island. That wood had since disappeared due to deforestation over the last several centuries—doubtless a consequence of the «boom» in building, which had occurred upon colonization, and the influx of the artisan groups I mentioned earlier, who were instrumental in literally building a colony in Cuba. The restoration/conservation architects had to import a species of wood from Angola, which was carved and fitted as the ceiling.

Incidentally, the difference between the hard tropical woods available in Cuba and those used in Iberia clearly resulted in formal differences, such as the depth and intricacy of carving. We have to keep this in mind and not simply think of the Cuban ceilings as «lesser derivatives» of their Iberian sources because they’re less elaborate.

What drew you to the gardens and grounds of the Quinta de los Molinos? What influences do you see here?

As a 19th-century senioral house of landed gentry on the (back then) outskirts of Havana, the Quinta to me symbolizes the dialogue between colony and metropole (or mother country) in domestic architecture. It’s intriguing to see the lush tropical vegetation—something likely not present in the drier landscape of much of Spain—juxtaposed with the planning of the surrounding gardens. These gardens are divided into four parts, with perpendicular paths meeting at fountains in the center. Such landscaping refers not only to the aristocratic country houses of Spain, but also to the fact that those garden plans in turn were derived from the frequent four-part divisions of Islamic gardens. It’s fascinating to see how ideas traversed both time and space, and how they were suited to the circumstances of both.

Where are we here? The structure looks historical, but very large.

It’s the Hotel Nacional, built in the early 20th century as one of the grandest such establishments for affluent visitors to Cuba. Its decorative motifs make clear references to the island’s Moorish heritage, both in the carved wooden ceiling seen in historic buildings and in the geometric tile dadoes taken from palaces in southern Spain.

What about the Palacio de Bellas Artes, the building of the Museo Nacional de Bellas Artes that houses the museum’s collections of Cuban art? How does it relate to the architectural exchange we’ve been talking about?

This structure is fascinating. Even though it’s a modern 1950s building, the glass reflects the historical fabric of the city, as seen in the photograph. The Museo Nacional is part of a larger, vibrant structural conversation that develops throughout the island. This modern building reveals a more traditional building style in its highly reflective exterior glass panels, and both styles—the modern as well as the more traditional—represent the Cuban built environment.