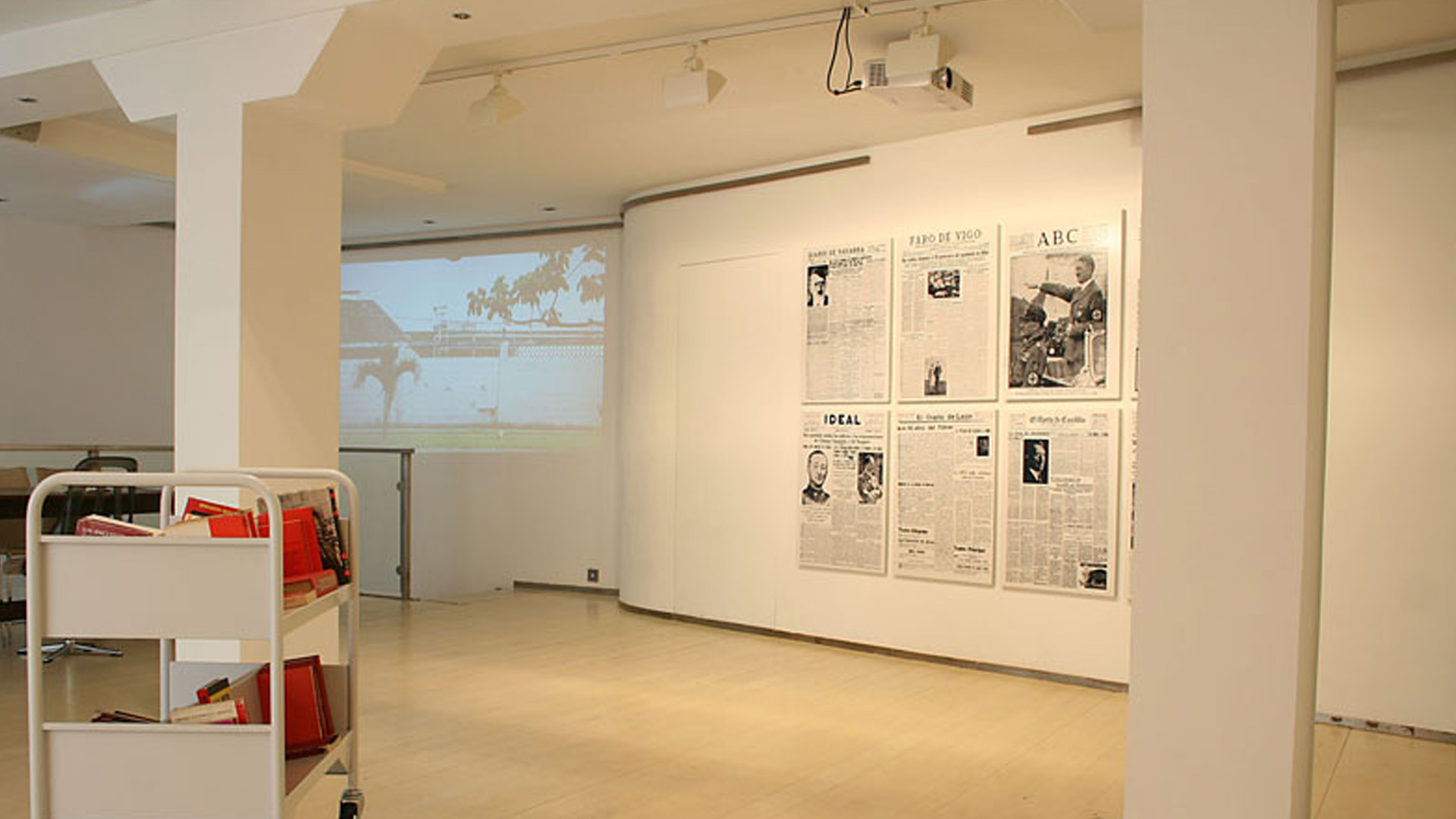 Last month in Santander, Spain, Galería Nuble opened the exhibition Diversionismo Ideológico (Ideological Diversionism). Curated by Wendy Navarro, the show takes as its focus a concept that first emerged in Cuba in the early 1970s. “Ideological diversionism” was anything that “confused” the people or distracted their attention from the goals and interests of the Revolution. “If you let your hair grow long, if you wore too-tight pants, if you read foreign magazines, listened to rock music, or to foreign radio stations,” writes Navarro in an essay on the Galería Nuble website, “you could be accused of ‘ideological diversionism.’”

As Navarro explains, in terms of ideological diversionism, “Artistic and cultural expressions were among the most watched fields, for their ability to ‘distract attention’ and their high level of critical dissidence in regard to the environment and the established order. Therefore, in 1989 artist Lázaro Saavedra (in an ironical gesture) decided to help the authorities with his work Detector of Ideologies.”

The piece, which looks something like a blood-pressure meter, was satirically intended to “define the level of ideological diversionism in works of art.” When the device is pressed, a needle moves to determine the ideological status of the user as well as the artwork, on a scale that ranges from positive to diversionist to counterrevolutionary. “With characteristic humor,” writes Navarro, “Saavedra makes us reflect on the ideological circumstances of the Cuban social process, as a starting point for a critical analysis of this kind of situation, present in many regions of the world.”

Saavedra’s Galería I-MEIL_Altamente Confidencial (2007) presents a series of photographs taken in the early 1990s, a time of crisis known as the “Special Period” following the collapse of the Soviet Union. According to the artist, the images were “extracted from the black box of a UFO found in Havana around that time;” taken in a hospital in the capital, the images reveal what Navarro calls “one of the most bitter circumstances” of the Special Period “and its terrible consequences for the social body.”

Censorship and the manipulation of information are the focus of Saavedra’s video Reencarnación (1961-2007). The visuals are fragments of a banned documentary made in 1961; as the soundtrack, the artist uses reggaetón, a music form that’s wildly popular on the island but is not covered by the official media.

Adrián Melis takes a similar approach in his video Moments that Shaped the World — Chapter 1 (2012), contrasting the still image of a street in modern-day Havana with an audio track of a live CNN report on the fall of the Berlin Wall in 1989. The dissonance between what is seen and what is heard poses a provocative meditation on ideology, and how one ideology in particular has fared in the world.

Tapping into social memory is also a strategy in 20 de abril (2012) by the collective Democracia (Iván López and Pablo España). Their work gathers Spanish news headlines from the 1930s and 1940s celebrating Hitler’s birthday, together with a facsimile of the contemporary newspaper Diari de Balearesdated April 21, 2010.

Other works in the show take a humorous approach to the confrontation between Marxism and capitalism. In El Capital/Manuscrito siniestro (2008), Milena Bonilla copies out the first volume of Karl Marx’s treatise as a left-handed writing exercise by a right-handed person—literally a “sinister manuscript.” As Bonilla describes it, “What is written is illegible and it becomes somewhat crazy, it makes no sense.”

Interestingly, Bonilla has created three versions of the project—a low-cost edition for sale in bookstores, a bootleg edition for free distribution on the street, and the one in the show, a luxury collector’s edition. Hardbound and gilt-edged, it is itself an ironic commentary on markets and capital accumulation, the art market in particular.

The video by Pedro Reyes, Marx and Smith at Occupy Wall Street US (2011), is part of the series Baby Marx, which creates a hypothetical dialogue among such historical figures as Marx, Adam Smith, Stalin, Lenin, and Che Guevara, represented by Japanese marionettes. In the video, Reyes humorously points out not only how forgotten these figures and their ideologies have become, but how difficult it is to believe in change of any kind.

Striking a different note, a second work by Reyes suggests that the ideological battles of the past can in fact provide tools for envisioning the future. The Red Cart (2013) stacks a 1970s-style library cart with historical volumes, in which the stark red and black graphics of such books as La propuesta comunista, The General History of Socialism and Social Struggle, The Medusa Face of Communism, and History Will Absolve Mecatch the viewer’s eye.

As Navarro notes in her essay, “the artistic form is not pre-set in these works. Different, multifaceted, ‘diversionary,’ they are not defined by any specific media, language or constructive formulation but by the freedom of expression generated by these ideas.” Instead, they are “works attacking the order of things. Actions, strategies and efforts against the limits of visuality, the institutional barriers, the control mechanisms, censorship or ideological and cultural conformity.”