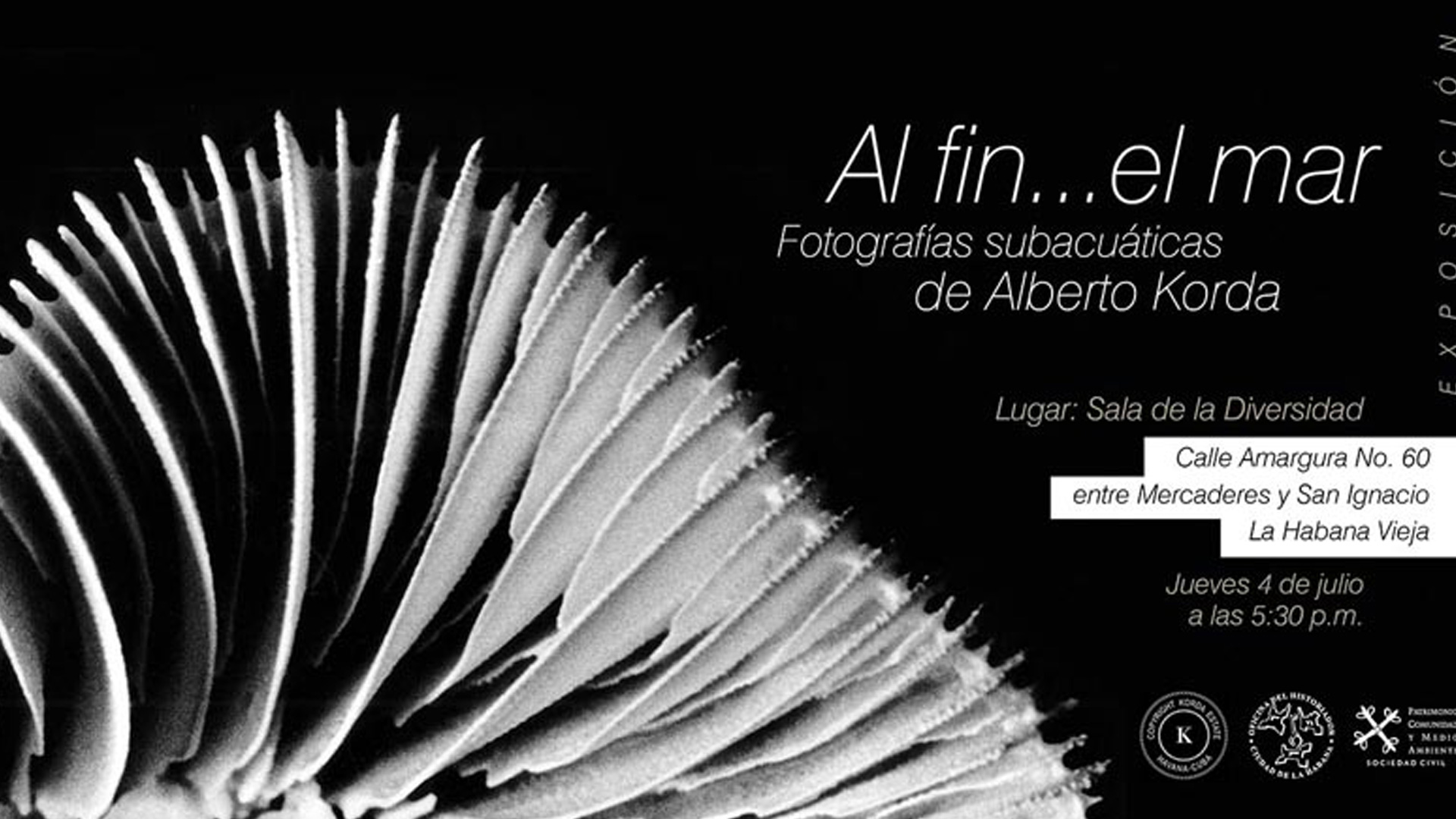 Carreño to head Ballet San Jose. We’ll kick off with a bit of dance-world news that has the island buzzing: José Manuel Carreño, longtime star of New York’s American Ballet Theater, has been named the artistic director of Ballet San Jose in San Jose, California. Though he retired from ABT in 2011, the 45-year-old dancer has continued to perform with other companies, including Ballet San Jose. “I’ve never been in this position, to lead a company,» Carreño told an interviewer for Metro San Jose, “But I think working with the biggest ballet companies—ABT is the biggest one in America—has prepared me.» Carreño takes over his new position on September 3.

Opening tomorrow in Havana. Curator Elvia Rosa Castro has selected 13 young and emerging Cuban artists for Tócate, a group photography show at Galería Habana. There’s no theme beyond young and emerging, says Castro. The only criteria for selection were that an artist had been born in the 1990s, was not known on the art circuit, or if known, was not known as a photographer—and of course, she adds, “that the work was good.” The 13 artists are Kenia Arquiñao, Álvaro José Bruet, Donis Dayán, Rigoberto Díaz, Angélica Ermus, Jesus Hernández-Guero, Julio Désar Llópiz, Jorge Otero, Ernesto Quintana, Nestor Siré, Ranfis Suárez, Senen Tabáres, and Rafael Villares. Look for more about Tócate in an upcoming Cuban Art News story. Meanwhile, the opening reception begins tomorrow at 5 p.m. at Galería Habana.

Opening tonight in Chelsea. This spring, Maria Elena González was one of a hand-picked group of visual and performing artists to receive a pilot-program residency at Robert Rauschenberg’s former home and studio on Florida’s Captiva Island. Tonight, her work and that of her residency colleagues go on view in Fruits of Captiva: Work by artists in the pilot year of the Rauschenberg Residency. The opening reception runs 6-8 p.m. at the foundation’s 19th Street Project Space, 455 W. 19th Street, in Chelsea. The show remains on view through August 18.

Korda, subaquatic, in Havana. Photojournalist Alberto Díaz—better known as Korda—was one of the leading chroniclers of the Cuban Revolution, and creator of the iconic image of Che that continues to adorn t-shirts around the world. To mark the 85th anniversary of his birth, Al fin . . . el mar (At last . . . the sea) reveals another side of Korda’s career, as a specialist in underwater photography in the Cuban Academy of Sciences Department of Oceanology. Taken between 1963 and 1978, the show’s photos demonstrate Korda’s capacity to, as the exhibition catalogue puts it, “make art even at the depths of the ocean.” The exhibition opened last week in the Sala de la Diversidad (Hall of Diversity) of the Sociedad Civil Patrimonio Comunidad y Medio Ambiente.

Tomás Sánchez in Madrid. Though his paintings have set records at auction, lately Tómas Sánchez has also been exploring photography. Last week, a solo show of his photo works, Notas al paso (Notes in passing) opened at the Centro Cultural Casa de las Vacas in Madrid, where it runs through Tuesday, July 30.

Alexi Torres in Chelsea. It’s accurate to say that Alexi Torres paints portraits, including world figures like Picasso and Andy Warhol. But he makes those likenesses out of meticulously painted depictions of organic material—feathers, leaves, and fibers, for instance. At Unix Gallery in Chelsea, Harvest of a Waning Moon presents a selection of Torres’s highly detailed works, including two series never displayed before: We Buy Gold and We Buy Silver, depicting artists like Warhol and Salvador Dalí as the faces on coins. On view through Wednesday, July 31.

Ibrahim Miranda, next week in Havana.  Ex votos, a solo show of the artist’s work, opens next Thursday, July 18, in the Galería El Reino de Este Mundo at the Biblioteca Nacional de Cuba «José Martí.» The exhibition runs through August 18.

Arrechea sculptures at Art Southampton. It seems like the entire New York art world heads to the Hamptons for the summer—so why shouldn’t the playful skyscrapers of Alexandre Arrechea’s No Limits make the Hamptons scene too? At Art Southampton, a selection of the works will be spotlighted in a custom-designed sculpture garden, courtesy of Magnan Metz Gallery. On view July 25-29.

Cuban women at bat. Last month, you may have read our excerpts from co-curator Orlando Hernández’s exhibition essay for Stealing Base: Cuba at Bat, the current show at The 8th Floor gallery in Lower Manhattan. Now, the women’s team steps up to the plate—literally—in a screening of Major Leagues?(¿Grandes Ligas?), a short documentary about the Cuban national women’s baseball team and the challenges of playing in a culture saddled with machismo and economic hardships. The film will screen in the gallery a week from tomorrow, July 17. On hand to introduce it: Alexandra Halkin, director of the Americas Media Initiative, the nonprofit organization that’s the U.S. distributor for this film and many other Cuban documentaries. The program runs 6-8 p.m. Admission is free, but you must RSVP.

And a cinematic work-in-progress. Award-winning film director Miguel Coyula (Havana, 1977), a graduate of EICTV, is currently in production on Corazón azul (Blue Heart), the third in a trilogy of feature films that began with Red Cockroaches (2003) and continued with Memories of Overdevelopment (Memorias del desarrollo) in 2010. Coyula has always been interested in science-fiction films that explore “the strangeness of an alternate reality with specific social and political repercussions that are rooted in real events.” To view the first five minutes of this work-in-progress, click here.