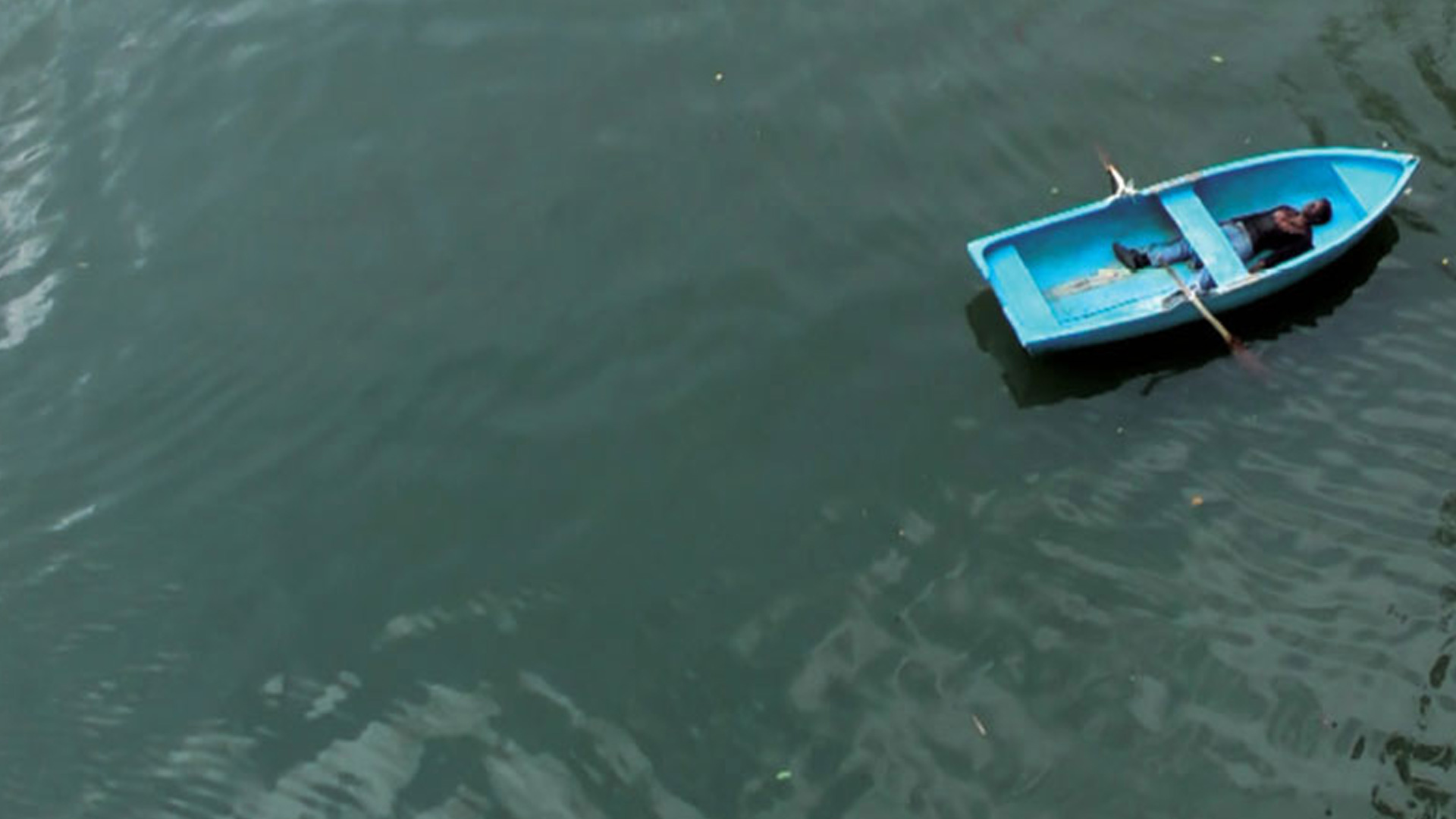 “The body has a load, a memory, which projects from personal memories but is universal.” This statement seems to be the motto of Carlos Martiel (b. Havana, 1989), a performance artist who lately has been gaining wide international attention, especially after winning the 2013 Arte Laguna Prize last month for his 2010 work, Prodigal Son. Martiel engages in complex performances that develop almost as rituals, in which he often exposes his naked body to extremely painful states that resemble the sacrificial trail of some religious beliefs.

Martiel states that the body has “its own paradigm, certain degrees of connection that have been pasted to us, and I cannot ignore my materiality.” This is a direct reference to the social charges that he perceives in his own body, which are the force behind his personal approach to art. As he puts it, “human anxiety [about the body] is as perpetual as desire.” Martiel’s performances are visceral statements that seem to respond to the human condition under difficult situations, such as censorship or persecution for cultural or political reasons. He builds on history, commenting on social tensions while he both embodies and challenges commonly perceived limits.

In the performance of Prodigal Son, Martiel kneels on the floor, dressed only in fatigue pants, and slowly and methodically pins to his bare chest several medals awarded to his father by the Cuban government over the course of his life. The performance is conducted in the manner of an official martial act, but one that reflects a painful and sorrowful societal sacrifice.

A traditionally trained visual artist, Martiel graduated from the San Alejandro Academy in 2009. He also attended Catedra de Conducta (2008-2009), a performative seminar workshop directed by the noted conceptual and performance artist Tania Bruguera. This experience challenged and altered Martiel’s creative vision, redefining his relationship with art. It was a breaking-up process that he describes as “the perversion of the imagination, a search to fill up gaps that were not completed with anything known by me. Gradually I realized that my body was the axis of this conflict, and the medium through which I can evoke my ontological and philosophical concerns.”

Martiel’s performances are often driven by self-inflicted physical pain, in which he exposes his body to severe and intense conditions. Drawing his own blood is frequently part of the process, reflecting his belief that “blood has a power that humans will never fully understand and is the one element that men have not yet replaced with another substance.” On the sacrificial canvas of his body Martiel draws an inner narrative, using personal stories as references. This narrative process leads him to claim, as a personal manifesto, that he inhabits spaces that are culturally alien to him, and for that reason it does not matter if he experiences them with doubts, pain, or incomprehension.

As in the Regla de Ocha, the Yoruba religion that he grew up observing—in which animal blood is the medium used to achieve communion and communication—withdrawing and exposing his own blood is the pathway from one metaphorical space to another. It is a ritual that creates a strong link through suffering, achieving what he describes as “epiphany and revelation.” He adds, “Using my blood as material unveils my absences, my gaps; although at the same time it seals what binds me to the universe, to the sacred and to the mundane.” The goal of these performances is nothing less than the social repositioning of the human being, taking an active material role in which “every pore of the body will become a denouncing mouth.”

Since Umbral (2012), a collaborative performance with Gustavo Solar—a partnership that has moved from the professional to the personal—Martiel’s work has taken a turn toward a plurality of actions, in which sexuality seems to take a pivotal role. In Umbral, a door removed from its frame separates the bodies of the two naked men. Under an astonishing silence, each uses his full strength to push against the door in in the opposite direction—a forceful exercise that refers to imposed ideas leaning on the inner strength of a sexual battle.

This path is further explored in Mientras ellos nos observan (While They Are Watching Us), in which the two naked bodies, isolated outside the opposite ends of a room, watch one another through window panels, observing what is happening in the space. A camera is passed hand to hand through the room, playing back graphic documentation of both men during sexual intimacy. The performance breaches the limits of personal-to-public space, in which the body is once more the protagonist and object of desire, to be both watched and cared for.

Punto di Fuga (2013), the central performance in his current exhibition, is the result of Martiel’s reflections on how the body as an entity integrates its own projections. The artist stands naked at the center of the exhibition space; threads sewn through the skin of his body, front and back, radiate out to the walls. The body-centric statement of this performance questions any type of adaptability and comments on the stress of social integration. Curated by Eugenio Viola, the exhibition reinscribes the process of human adaptation within a political context.

A solo survey exhibition of Martiel’s work, his first in Central America, was held from February 18 to March 12 at SaBuLee in Guatemala City. Martiel and other Premio Laguna finalists were showcased in an exhibition at Arsenale in Venice last month. Punto di Fuga, Martiel’s first solo European exhibition, curated by Eugenio Viola, is currently on view at the Museo Nitsch Napoli in Italy through April 20.