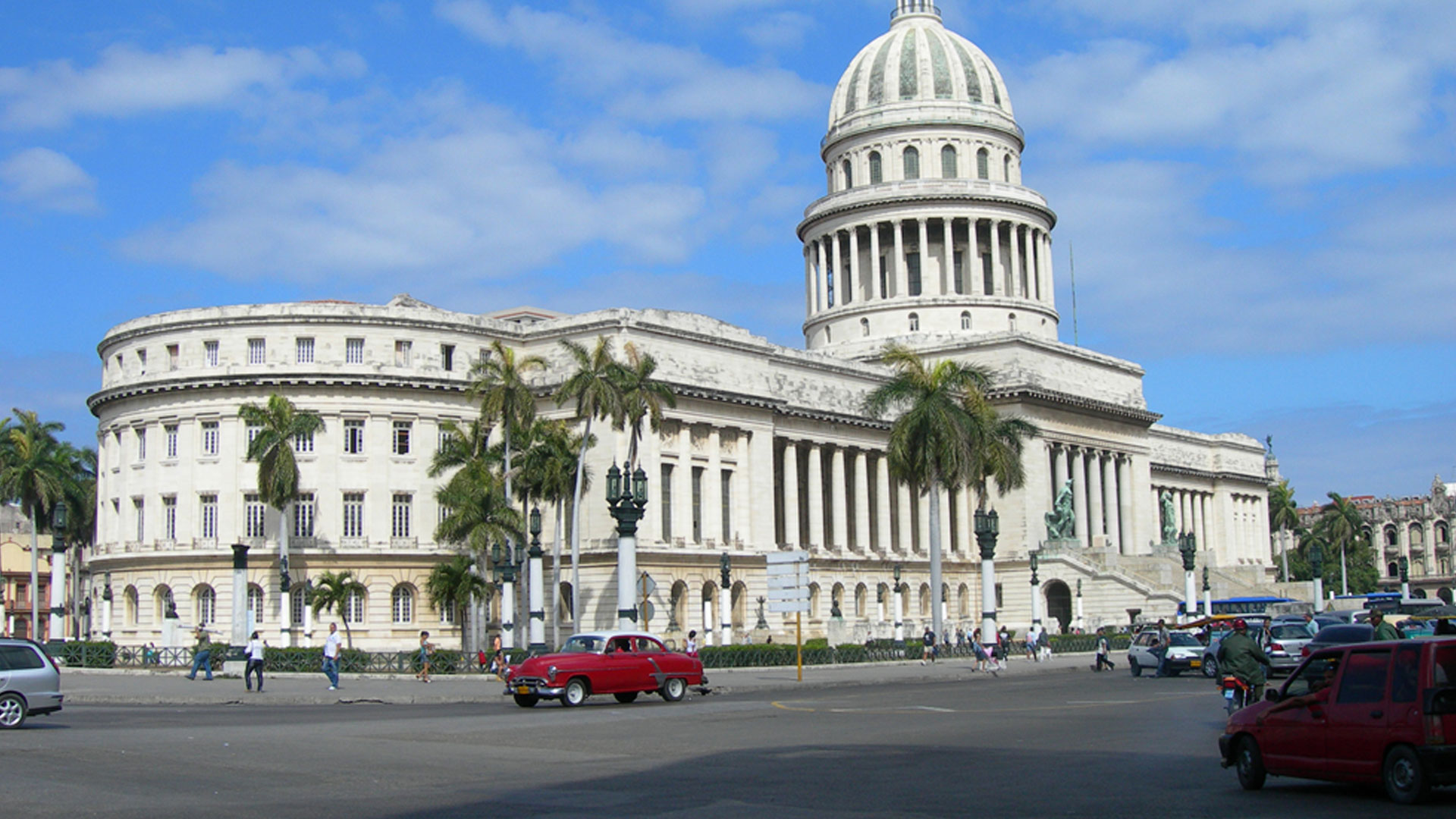 Cuban Art News readers know Cuban architect and urbanist Julio César Pérez through his book Inside Havana, and our reports of the yearly Havana Charrettes that he spearheads each spring. Last fall Pérez spent a semester as a visiting professor at Notre Dame, where he led a group of students in exploring the challenges facing Havana’s urban fabric and developing a project for a Museum of Cuban Architecture there. In the first in a two-part series, he reflects on the city and its built environment, the connections between Notre Dame and Havana, and the academic exchanges he facilitated this past year.

In 1904, Eugenio Rayneri Piedra became the first graduate of the School of Architecture at the University of Notre Dame, the first US Catholic university to offer a degree in architecture.

There might not have been a better reason for Rayneri’s father to bring his son to the University of Notre Dame than to provide him with a good training in Architecture at a U.S. university, a trend very much in fashion from the end of the 19th century through the 20th. In Havana he would practice with his father, who had a reputation as a fine architect and had built several important buildings during colonial times, such as the Palace for the Marquis of Villalba in the so-called Ring of Havana, back in 1879. Rayneri Piedra would soon become famous for winning the contest held for the design of the nation’s capitol building. He was also a founding member of the College of Architects in 1916 and its first president.

When Michael Lykoudis, the Dean of the School of Architecture of the University of Notre Dame, calls Havana “The Rome of the Americas,” he means it. The school programs are oriented toward classical and traditional architecture, and the university maintains an academy in Rome where students spend an entire year drawing, documenting the city and learning from its past and traditions. The school also has programs abroad in India and China, and in other countries.

The spirit of Havana, a city of magic and poetry, captivates everyone. It’s always been like this, and no one denies its charm as a Caribbean metropolis with a strong European influence. The city was spared the damage of the global urban renewal and overdevelopment of the second half of the 20th century. Even today, it still maintains intact its traditional urban fabric. Its unique and appealing spirit stems not only from the well-known quality of its music and rhythms, its vibrant street life and its friendly ambience, but from its built environment. However, the city’s harmonious juxtaposition of different architectural styles, displayed in the impressive collection of buildings created by world-famous local and international architects, is currently threatened by overdevelopment, sprawl, and neglect.

Although housing, public transportation, and infrastructure are critical issues that affect Havana today, the diverse kinds of urbanism and architecture that inform the city’s still well-kept urban fabric are worth saving.

The unique and appealing spirit of Havana is a celebration of urbanism and architecture, ever incapable of remaining still, connected to all of the world’s great cities and at the same time maintaining its own magic and poetic urban identity.

In 2010, the University of Notre Dame became interested in Havana. The School of Architecture invited me to give a lecture in the fall that year, after Professors Luis and Jorge Trelles submitted a proposal to develop a program at the school dedicated to the study of Cuban Architecture and Urbanism in Havana.

In 2011 Dean Lykoudis  and a group from the school’s advisory council visited Havana for the first time. I hosted them and guest-lectured for them, showing them the historic and urban evolution of a city that boasts a heritage spanning more than five centuries.

Later that year the Trelles brothers brought a group of graduate students to Havana to study the city and to work on an academic project through the fall semester, focusing on the site where the famous Mercado de Tacon—a building designed by Eugenio Rayneri’s father in the 19th century—once stood. Professor Rafael Fornes traveled with them and helped coordinate the trip.

The Office of the Historian of the City of Havana  (OHCH) provided professional support with historians and architects working for this institution: Orestes del Castillo, Daniel Taboada, René Maidata, Jorge Cisneros, Jaime Rodríguez, and Yamira Rodríguez facilitated the visits to buildings and locations such as the University of Havana campus, the Capitolio—the National Capitol designed by University of Notre Dame graduate Rayneri Piedra—and the Telephone Company tower, designed by Cuba’s outstanding classical architect, Leonardo Morales, a graduate of Columbia University.

In August 2012, a group of 30 students and professors from the School of Architecture at Notre Dame made a field trip to Havana to learn about the city’s history, urbanism, architecture, and traditions, in preparation for developing projects for three different sites.

Through the fall semester the three architecture studios were taught by Professors Luis and Jorge Trelles, Rafael Fornes, and myself. Again, a group of professionals from the OHCH, together with the professors, led the students in visits to the selected sites.

The projects presented for the studios were a new housing project on a vacant lot in Plaza del Cristo del Buen Viaje in Old Havana, led by the Trelles brothers; the restoration of the Villalba Palace, led by Rafael Fornes; and a Museum of Cuban Architecture, led by myself. The latter two projects are located in the so-called Ring of Havana, a central area with of historical significance and abundant historic landmarks.

Next week in Part 2: Three Projects for Havana.