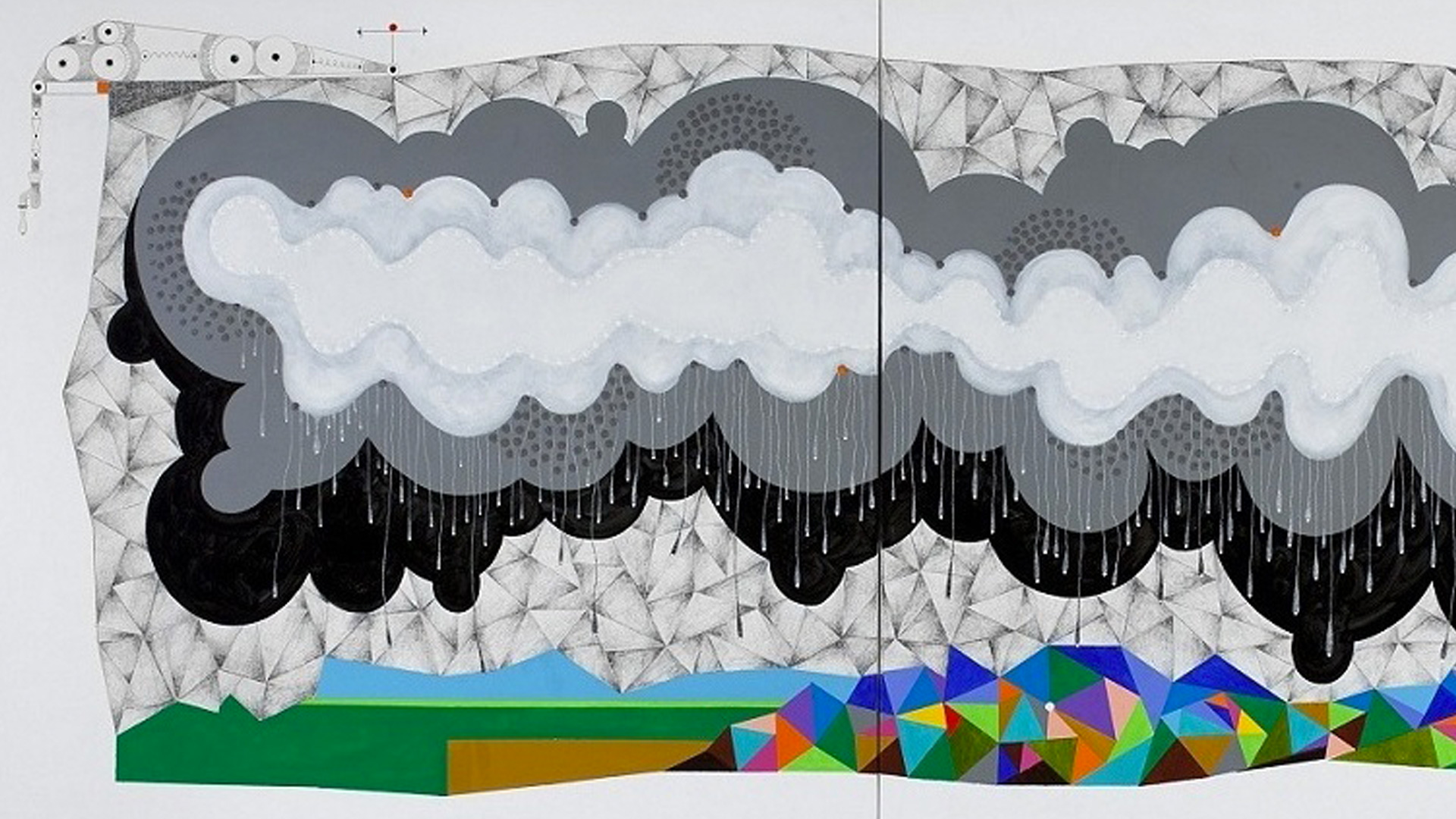 Garaicoa in Bulgaria and Benin. Last week saw the opening of Carlos Garaicoa’s first solo exhibition in Bulgaria, at the Institute of Contemporary Art in Sofia. Taking its title from a hit pop song in 1980s Cuba, Un Machete y una Rosa (A Machete and a Rose) reflects on the commonalities of the two countries’ political histories. Works on view include The Crown Jewels (2009), miniature models of politically charged architectural sites cast in precious metals, and a film about his 2006 installation I do not want to see my neighbors anymore II. The show remains on view through December 21.

Last week also saw the opening of Garaicoa’s installation El cuarto oscuro/The Dark Room as part of the first official edition of the Regard Benin Biennale in Porto Novo. Amid old-fashioned printing machines, writes the artist, “Newspapers pages were altered by the use of India ink, all the written information was wiped out and only pictures evoking specific themes and motives remained.. . . The Dark Room makes reference, on the one hand to my interest in live photography and archives, on the other hand to control and manipulation of information and news in contemporary societies.” The Benin Biennale runs through January 13.

Abel Barroso in Miami—and Los Angeles. This past weekend, the Havana-based artist opened a solo show, Un país, una ilusión (A Country, an Illusion), at Pan American Art Projects in Miami. At the same time, There’s No Place Like Home, his solo show at L.A.’s Couturier Gallery, is going strong—so if you happen to be on the US East Coast or the West, there’s a Barroso exhibition on view at the southern end. The show in L.A. runs through Saturday, December 1; the Miami show remains on view through Art Basel Miami Beach and the rest of December, closing January 5.

Two at Aluna Art. At Miami’s Aluna Art Foundation, (R)Evolution Comics, a solo exhibition by Ivonne Ferrer, takes a Rabelaisian approach to Cuban history since the colonial era. Drawing on the island’s long tradition of graphic arts, Ferrer wreaks humorous, erotically charged havoc on sacred cows and dark episodes alike. The results are a blend of comic strip and burlesque, in 24 colorful works (in all senses of the word). On view through December 22.

In the Focus Locus gallery at Aluna Art, Pleasures of Thought: Monotypes by Victor Gómez showcases the roughly 40 or so works that comprise the series Placeres de la mente (Pleasures of the mind). Done in response to his participation in three editions of the Guanlan International Print Biennial in the district of Shenzhen, and to his residency at the Biennial’s printmaking studio this past May, each print is one-of-a-kind, further embellished with paint and pencil. On view through December 1.

Luis Cruz Azaceta in Panama and Mexico City. Opening this coming Wednesday, November 14, Luis Cruz Azaceta’s solo show Terraforma runs through December 14 at at Allegro Galería in Panama City. The artist is expected to attend the opening, which begins at 7 on Wednesday. Cruz Azaceta also participated in Desplazamientos: Arte Contemporáneo en la Colección FEMSA, a group show that opened in late September in the Museo Reyes Mesa of the Centro Cultural in Nuevo Laredo, Mexico. Cuban artist Ernesto Pujol was also featured in the exhibition.

Emilio Sánchez on the Upper East Side. It’s a long way from upstate New York, but Manhattan’s Upper East Side is home to Syracuse University’s Louise and Bernard Palitz Gallery. And through December 6, the Gallery is home to Emilio Sánchez: No Way Home. Images of the Caribbean and New York City. The show’s 19 works range from sharp-edged architectural cityscapes to light-infused views of the islands.

Caribbean: Crossroads continues at El Museo and QMA. Though the segment at The Studio Museum in Harlem closed last month, the show that the New York Times called “the big art event of the summer season” will run well into the winter. A show like this one “won’t be attempted again on this scale and in this depth for some time,” wrote the Times, making it well worth repeat visits to El Museo del Barrio and the Queens Museum of Art, where Caribbean: Crossroads runs through January 6.

And the companion book. Caribbean: Art at the Crossroads of the World, the show’s companion book—not an exhibition catalogue—made it onto bookstore shelves, real and digital, late last month. Published by Yale University Press, the book—edited by Deborah Cullen and Elvis Fuentes—features essays by such noted Caribbean scholars as Katherine Manthorne, Mari Carmen Ramírez, Lowery Stokes Sims, and Edward J. Sullivan, among others, along with 500 illustrations.

Next Week: Latin American auctions, NYC. Three concentrated days of Latin American art auctions kick off next Monday, November 19, with the 7 p.m. sale at Sotheby’s. That auction continues the next day at 10 a.m., followed at 4 p.m. by the Phillips de Pury sale. At 7 p.m. that evening, Tuesday, November 20, Christie’s opens its sale, which continues the next day at 10 a.m. Not surprisingly, Christie’s and Sotheby’s both have a high-stakes Wifredo Lam on offer, with pre-sale estimates hitting $600,000; Phillips de Pury has a later Lam canvas, with a high estimate of $350,000. At Christie’s, Tomás Sánchez’s Llegada del caminante a la laguna (1999) is tagged at a high of $700,000. Other artists in the sales include René Portocarrero, Cundo Bermúdez, Amelia Peláez, and José Bedia.