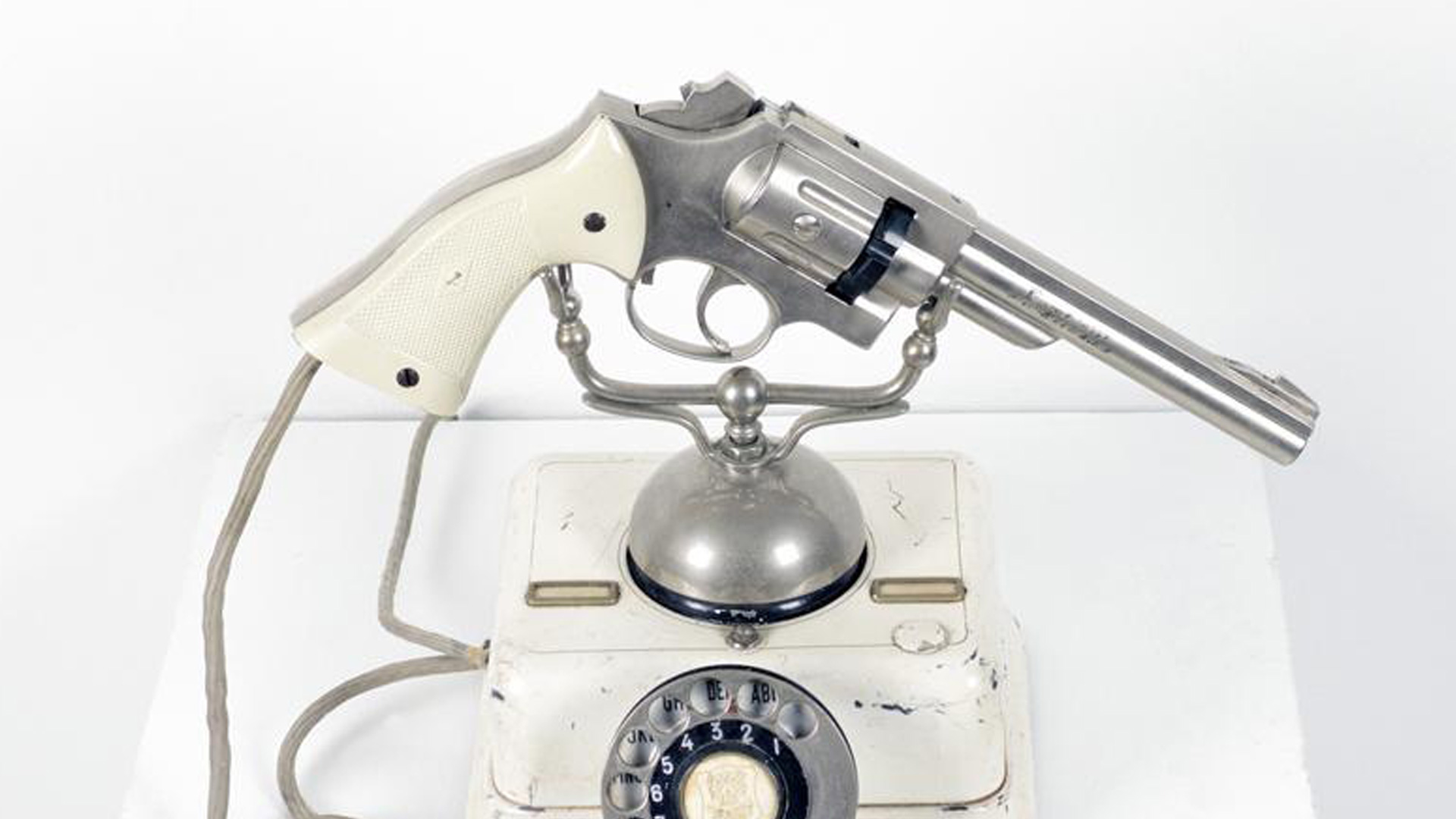 Memorabilia is Carlos Estévez’s fifth solo exhibition at Miami’s Pan American Art Projects. While continuing to explore such recurring themes as man’s place in the universe and human relations in general, the pieces in the show reflect a certain shift in his work—including materials and techniques, such as drawing and painting with smoke. Estévez talked about his current work with Pan American Art Projects curator Irina Leyva.

Memorabilia is your fifth solo show with Pan American. Do you see a difference in this one as opposed to the others?

All my Pan American exhibitions have been different, but this one specifically has a different character. It’s like a point of arrival but also a point of departure, outlining many ideas I want to develop in future works. The exhibition is very eclectic, with a range of works: paintings and drawings made of smoke, paintings inspired by medieval tapestries, object art, and marionettes.

In the paintings I can see direct references to the medieval era, especially to textiles of the period and illuminated manuscripts. It’s something you’ve been interested for a long time, and though you’ve explored it before, it´s more evident now.

These paintings are inspired by the medieval tapestries at the Musée de Cluny in Paris, which is the national museum of medieval art in France. All intellectual experience has a resonance in creative expression. I think I was exposed to these treasures for a long time and I somehow was permeated by their spirit and the atmosphere surrounding them. These tapestries harbor many aesthetic and conceptual ideas that I’ve carefully reflected upon and studied. Somehow I wanted to use them, to apply them to my thoughts and comments about life.

You show several works made with smoke, done on different support mediums. Is the first time you’re showing them?

These pieces are an experiment that I’ve only just embarked on. Suddenly, I was presented with the smoke, which is like gasified coal. And I think it has great potential and broad expressive symbolic connotations. It is, in effect, the first time I’ve publicly shown these pieces.

In the gallery’s Project Room are a group of sculptures—“objects” you created out of everyday items. This is a project you’ve been thinking about for a long time. The works seem like ideas you’ve been “saving” and finally brought to fruition. Would you say that’s accurate?

I have fun with these pieces. I’ve always loved objects, their histories and meanings, when they transcend their original contexts and turn into something different. A very interesting dialogue begins there. It’s something I’ve been preparing for a long time, and now I had the opportunity to show a consistent group of works on this idea. (For more of Estévez’s object artworks, see the photo album on the Cuban Art News Facebook page.)

Throughout your career you’ve done several works inspired by theater and drama. I could mention at least two: La Verdadera Historia Universal (The True Universal Story) (1995, Museo Nacional de Bellas Artes, Havana) and TheatrumMundi (2008). The two marionettes in this show reflect your continued interest in this theme.

The world of the theater, in particular puppet theater, is a universe with which I identify profoundly. The pieces in the show are ideas that I’ve worked on in two-dimensional pieces and decided to “elevate” into three-dimensionality. Perhaps this, ultimately, is the version they were really made for.

This summer has been very busy for you, with exhibitions in several galleries—for example, Intersticios at Allegro Gallery in Panama and Diluvios Íntimos (Intimate Floods) at Lyle O Reitzel gallery in Santo Domingo. Is the current show in Miami the last for this year, or there is another on the schedule?

This summer has been particularly intense. All my personal projects were carried out during the same season. What can we do? Artists propose and gallery owners decide. This is the last of my solo shows for 2012, but group projects, fairs, and many other commitments do not end. And I´ll start working on my solo projects for next year.

Next: A conversation with Elsa Mora, whose solo exhibition is also on view at Pan American Art Projects.