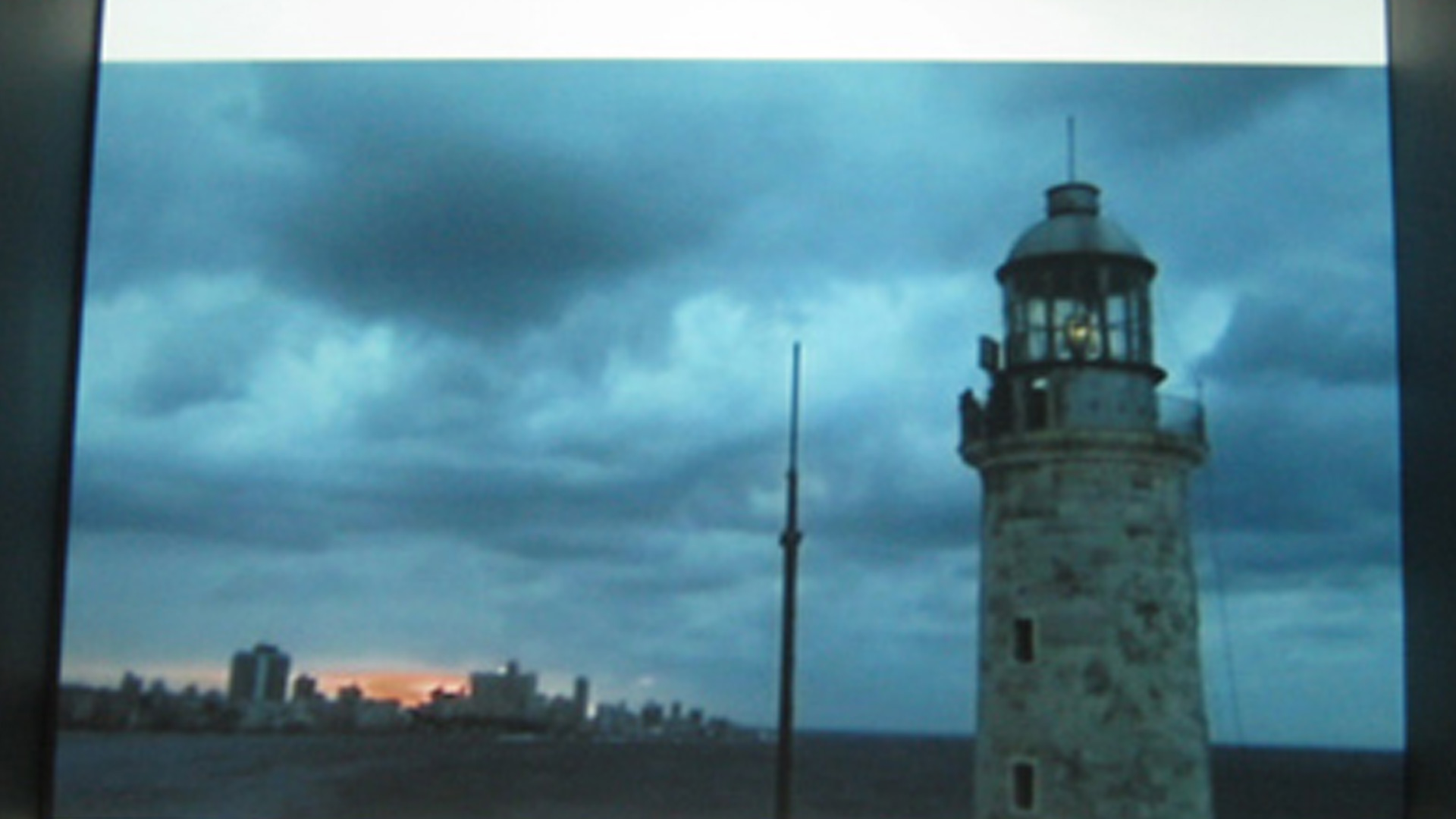 In support of New York’s biggest show of the summer—Caribbean: Crossroads of the World, on view in three museums—the Bronx Museum of the Arts draws on the strengths of its own collection, and generous lenders, to throw an invigorating spotlight on contemporary Cuban art.

Revolution Not Televised features more than 50 works by some of the island’s most acclaimed artists. Several of them reflect the longstanding relationships that the museum and its staff have had with the Cuban art community over the years. “We have an important series by Ana Mendieta, the Siluetas,” says Sergio Bessa, director of programs at the museum and the exhibition’s co-curator. “They came into the collection early on, because her sister used to work here.” Carlos Garaicoa had one of his first solo museum shows at the Bronx Museum in the 1990s, and one of the show’s signature pieces—his large-scale photograph Untitled (Decapitated Angel), 1993—was acquired at that time. The museum also has several pieces by Sandra Ramos—including four on view in the show, and a new acquisition not yet at the museum—and three by José Ángel Toirac, including a recently acquired set of drawings that are still being framed.

While the museum’s own collection is the core of Revolution Not Televised, the show was enriched with loans from private collectors. “We began to talk to friends, and they said, ‘Oh, we have this work,’ and ‘We have that work,’ says Bessa. “It turned into a collaboration among lots of people.” Two works by Manuel Mendive, including an evocative, shell-encrusted concrete sculpture, were among those from private lenders, as well as pieces by José Bedia, Los Carpinteros—“probably the first time we have them, which is great”—and Esterio Segura. (For a look at the exhibition, see the photo album on the Cuban Art News Facebook page.)

Although the museum also has pieces by Segura in its collection—including the poetic, large-scale drawing El Vuelo (1999), on view in the show—Bessa was pleased to have an opportunity to show the artist’s 2006 photographic triptych Conversación sobre aeronáutica con Ana Mendieta y Robert Smithson (Conversation on aeronautics with Ana Mendieta and Robert Smithson). Documenting a performance work in the 2006 Havana Biennial, Conversación is also an homage to Mendieta, whose photograph of one of her own performances hangs to the left of Segura’s.

Alberto Casado is another artist who’s represented in the show with pieces both from museum holdings and from private collectors. “I fell in love with his work,” says Bessa. “He’s someone to really keep an eye on.”

In addition to filling two generous galleries, Revolution Not Televised features a pair of video screening rooms. One runs Tania Bruguera’s 1996 performance video Cabeza abajo (Head Down); the other screens a selection of short works from Video Cubano, a project of The 8th Floor art space in Manhattan. Among the videos in this program are Alexandre Arrechea’s Making Room (2004), Ángel Delgado’s Gotas Como Días (Drops Like Days, 2002), and José Messias Jorge’s Luz (2009), a meditative look at lights turning on at dusk at some of the island’s best-known landmarks.

Another video, José Ángel Toirac’s Opus (2005), aurally dominates the show’s second gallery. For the soundtrack, Toirac recorded a speech by Fidel Castro, then edited out everything but the numbers, which flash on screen as they’re pronounced. The results, as the thoughtfully written exhibition label points out, reference “the fixation of politicians with quantification, the reduction of individuals to numbers, and … accounts of both loss and accumulation.”

If it had been drawn entirely from the museum’s collection, says Bessa, Revolution Not Televised“would clearly have been a smaller show. By collaborating with collectors,” he adds, “it gave a broader view of what’s going on in contemporary Cuban art.”

Revolution Not Televised runs through October 7 at the Bronx Museum.