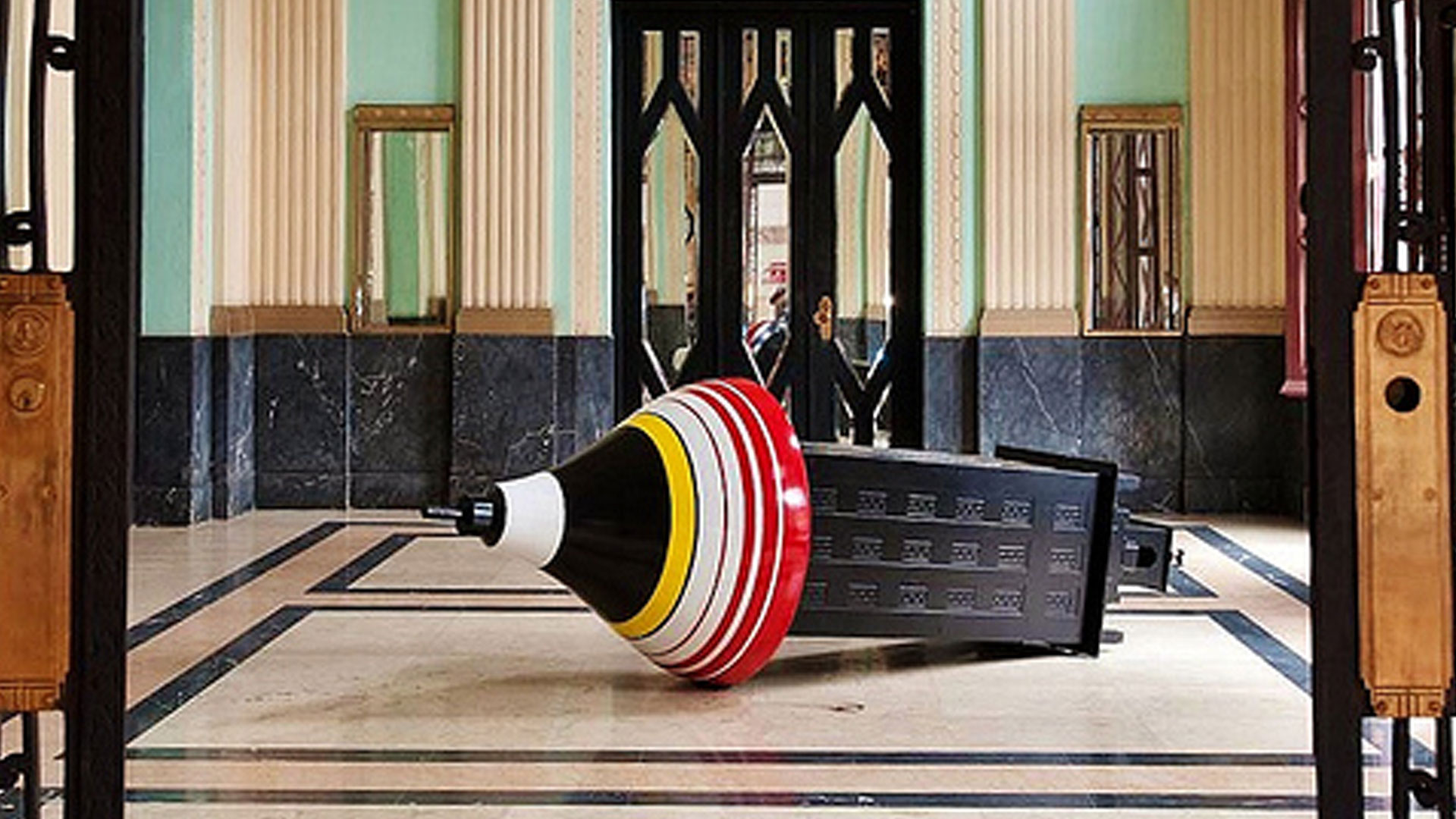 One of the pleasures of editing Cuban Art News is the opportunity it gives us for catching up with the bloggers who write about different aspects of Cuban art and culture—food, maybe, or film, music, or topics further off the beaten track. With that in mind, we present our first “Blogwatch,” an occasional roundup of interesting posts from the global Cuban blogosphere. (A separate blogwatch for Spanish sites is coming soon.)

In this edition, the picks include an architectural spin on the recent Havana Biennial, conservation efforts at Finca Vigía, a video interview with the director of Juan of the Dead, a Cuban New Yorker’s musings on food and history, and news of a recently rediscovered film—by over-the-hill swashbuckler Errol Flynn—documenting the Revolution.

Her clients know Rosa Lowinger as a dedicated conservator specializing in modern and contemporary sculpture, architecture, and public art. But for readers of the culture blog C-Monster.net, she’s the inimitable San Suzie, posting insightful reflections on everything from murals in Haiti to Cuban photographer José Alberto Figueroa. (She also writes the “Art Nurse” column, but that’s another story.) By now, you may think you’ve been thoroughly briefed on this spring’s Biennial, but “Cuba Diary: San Suzie visits the 2012 Havana Biennial” is still a must: an architectural spin on the proceedings, punctuated (or maybe punctured) by San Suzie’s wry commentary. Terrific architecturally minded photos of Biennial exhibitions and events, too.

Like any self-respecting zombie, Juan of the Dead has taken on a life of its own. Not only has Cuba’s first genre movie been wowing international film festival audiences, there’s a U.S. theatrical release in its future. For now, here’s a short write-up and quick video clip of the director, Alexander Brugués, in a post-screening Q & A at the Los Angeles Film Festival, answering questions about the classic Shaun of the Dead, and how the “Special Period” in Cuba influenced the making of Juan.

You might think document conservation is a pretty dry topic—but not in Cuba, where humidity is a grave threat to paper in any form, whether books, photographs, letters, posters, or newspaper clippings. A posting on the website of the Northeast Document Conservation Center recaps the organization’s most recent work with the staff of the Hemingway Museum at Finca Vigía (Lookout Farm), the author’s home for more than 20 years. The NDCC has been collaborating with museum staff for more than a decade; scroll down to the photo gallery for a glimpse of what’s been saved lately, and how.

Technically speaking, it’s not a blog post. But we still think the Financial Times story on Errol Flynn’s newly discovered documentary is a terrific read. The erstwhile film idol, long given over to alcohol and indulgence, found a new calling in late 1950s Cuba, recording the Revolution for posterity. “There is footage of Che Guevara taking Santa Clara, a strategic Cuban town,” writes FT’s Latin American editor John Paul Rathbone, “of the rebels’ continued advance across the island towards Havana; and a magnificent aerial shot of a victorious Castro making his first major public address to an almost hysterically happy crowd after a white dove unexpectedly lands on his shoulder.”

Lisandro Pérez describes his new blog, Cuban New Yorker, as being “about Cuba, about New York, but mostly about the intersection of the two.” Relocating to NYC from Miami in July 2010 allowed the university prof to immerse himself in his current research project: “a history of the Cuban presence in New York in the nineteenth century.” We enjoyed Lisandro’s most recent post, “Who Was the First Cuban New Yorker? The Case for Cristóbal Mádan,” but we have to admit, we were even more taken by his July 1 post on “The Simple Pleasures of a Chino-Cubano Restaurant.” Scroll down and see what he has to say about La Caridad 78, “serving the Upper West Side since 1968.”