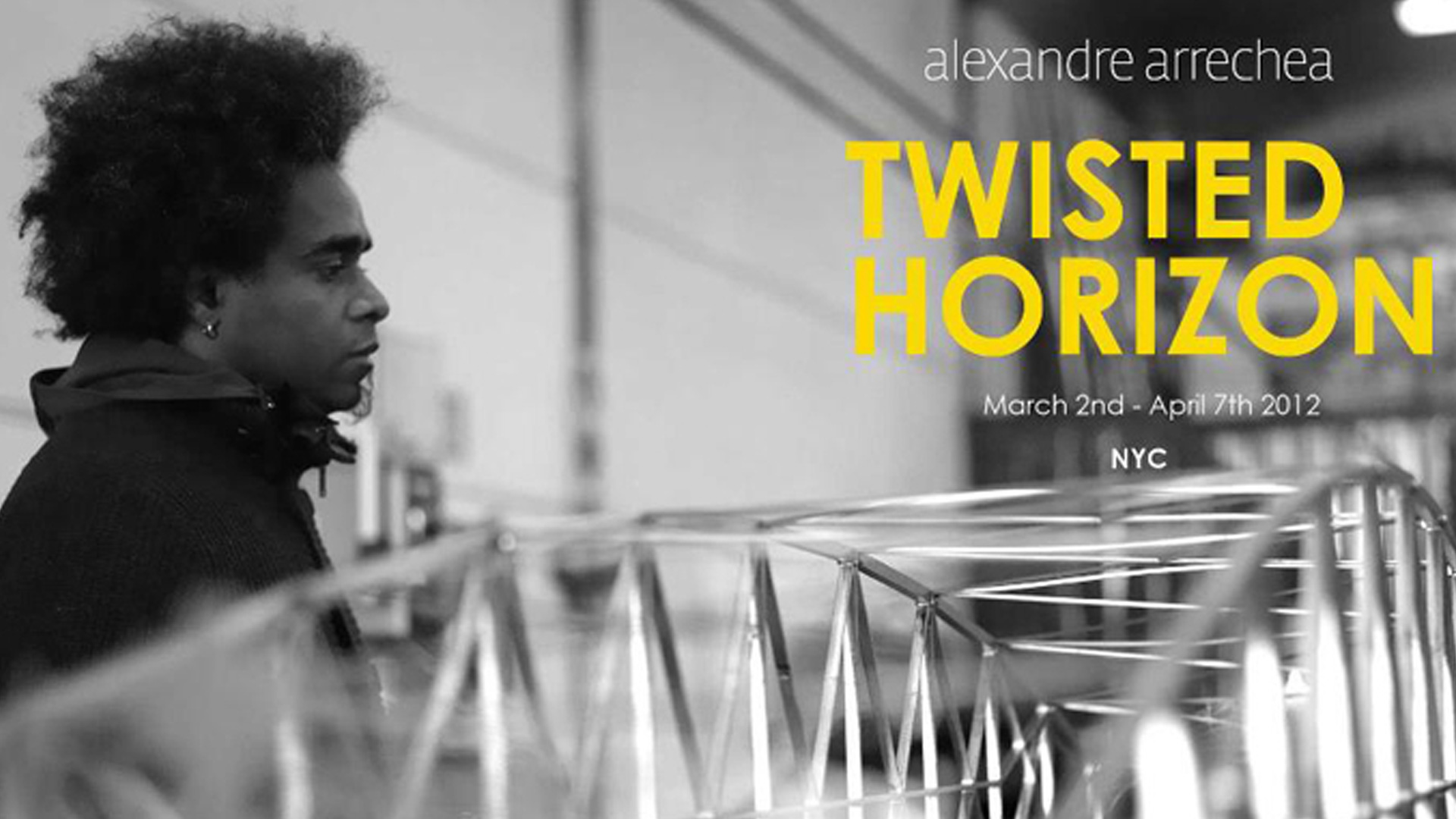 Ya Se Leer at arteaméricas 2012. The exhibition Ya Se Leer (I Can Read Now), which explores the relationship between image and text in Cuban and Colombian contemporary art, first opened at Havana’s Wifredo Lam Center last April. Now, a version of the show is coming to the Miami art fair arteaméricas 2012, where it will be presented by Sandra Montenegro Contemporary Art. At the Lam Center, the exhibition included work by 64 artists; at arteaméricas, the list is smaller but includes such artists as Reinier Leyva Novo, Jorge Wellesley, Elizabeth Cerviño, Rafael Domenech, and Adonis Flores—all of whom have works in Detras del muro (Behind the Wall), the public art project being developed for the Havana Bienal. The arteaméricas 2012 fair opens tomorrow evening, March 2 and runs through Sunday, March 5.

Roberto Gottardi at the Miami International Film Festival (and a UM panel). Cuban architect Roberto Gottardi, one of the three designers of the National Arts Schools in Havana, will be on hand at this weekend’s screenings of Unfinished Spaces, the award-winning documentary about the schools’ design and their histories. Gottardi, now in his 80s, will answer questions from the audience following the Miami Film Festival screenings on Saturday and Sunday. He’ll also take part in a Sunday afternoon panel discussion at the University of Miami’s Center for Latin American Studies. The discussion is free and open to the public, and runs from 4 to 6 p.m. Gottardi’s trip is supported by The Farber Foundation, sponsor of Cuban Art News; stay tuned for an exclusiveCAN interview.

Gladys Triana at Hardcore Art Contemporary Space. Last month saw the opening of Games In the Dark, a show of photos and videos by Cuban-American artist Gladys Triana. Playing with lighting, placement of figures, and background, Triana looks to create intriguingly unresolved situations: in On the Field, for instance, everything seems to be floating, while Seeing or Not Seeing explores the shapes cast by shadows. Games in the Dark remains on view at Hardcore Art through March 30.

Alexandre Arrechea in New York—tonight. This evening marks the opening of Arrechea’s fourth solo show at MagnanMetz Gallery in Chelsea. In Twisted Horizon, the artist uses engineered construction works such as bridges, buildings, and roads as the springboards for sculptural meditations on history, progress, form, and transformation. Normally stable bridges go flying or rolling away on railroad tracks; once-massive structures become the equivalent of trophies. Calling the exhibition “a metaphor to the potential difficulty we experience when we relinquish certain stances or attitudes,” Arrechea describes it as being “propelled into emotional vertigo.” Tonight’s opening is 6 to 8 p.m.; the show runs through April 7.

Fusco curates at Aglutinador. With Revisitando radicalismo: eclipse de montes y paramos (Revisiting Radicalism: Eclipse of Mountains and Plains), Cuban-American artist and curator Coco Fusco brings the work of two New York artists—William Córdova and Leslie Hewitt—to Espacio Aglutinador, the independent Havana exhibition space run by Cuban artist Sandra Ceballos. Peruvian-born Córdova constructs his sculptures and installations from the discarded refuse of everyday life—old shoes, worn-out tires, yellowing books—with an eye toward the fragility of history. Hewitt is similarly inspired by cast-off documents of the past—old photographs, films, books—and finding their relevance to the present moment. The show examines the impact of the political movements of the 1960s and 1970s and their resonance in contemporary life. It opens at Aglutinador next Friday, March 16.

New site for Cuban cartooning. Calling itself “a blog of caricatures to make you laugh, think, let go, and remember,” the web page HG—“Humor Gráfico Cubano”—made its debut last week under the guidance of artist Luis García Fresquet (Chamaco). “HG is a free, open space, not for profit, designed to host in its pages Cuban graphic humorists of all eras, independent of ideologies, techniques, concepts, or graphics,” the editor says, “based on mutual respect.” Published in Spanish, HG is particularly interested in rediscovering overlooked and forgotten cartoonists and caricaturists of previous eras. The editor invites contributions, opinions, and help in improving the site, and is reachable at luisg.fresquet@gmail.com.